March Madness is finally here. Tonight, as Georgetown squares off against the Ohio University Bobcats in its first game of the tournament, fans in living rooms and common rooms across campus will don their game-day t-shirts and glue themselves to glowing television, hoping for NCAA glory.

During the rollercoaster that was the regular season, we witnessed the Hoyas break into the top ten, and then cool down to finish the season at the 22 spot. During these stretches of wins and losses, we’d like to think that Hoya Hoops fans continued to wear gray to every game and sport Georgetown apparel around campus to support the team and show school pride through thick and thin.

After all, according to a msg.com poll, Georgetown has the best fans in the Big East. While we might not be quite on par with the Cameron Crazies and Krzyzewskiville, we do have the unique advantage of showing our pride through political sports activism (especially you seniors, who remember a certain run to the White House after a certain Elite Eight win).

It’s no question that what you wear on game day says a lot about your level of support for the team. But what goes mostly unnoticed is that what fans wear on non-game days can say a lot about the team itself.

A professor of mine once boasted that he could guess the Georgetown basketball team’s season performance within a couple wins or losses without watching the team play or looking at box scores, but simply by observing how many students sported their Georgetown sweatshirts instead of those from different schools. The better Georgetown appeared on the court, the more blue and gray appeared on the front lawn.

From what I’ve noticed, I cannot say I disagree with him. While it’s a lot easier to pay attention to and support a team when they’re on the rise, the true fans are the ones who will keep their Georgetown shirts on (or off, if you’ve got body paint) regardless of win or loss. Unfortunately, too many students opt to pull on that North Face the morning after a disappointing game.

Without getting into an argument over whether it’s valid to still feel allegiance for your home state university or if it’s acceptable to keep that sweatshirt from the school you were rejected by in your wardrobe (F.Y.I. There is a great clothing donation receptacle right near Lau for when you’re ready to move on), I think we should at least try to do one thing: for the duration of the tournament, let’s live up to the claim that we bleed blue by wearing gray on game day. Proudly donning Georgetown apparel will be a sign of solidarity for our team in the tourney. At the very least, we can make that professor think that Georgetown basketball hasn’t lost a single game all year. 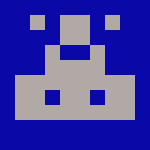