The Hoya has decided to postpone independence for at least  one year for financial reasons, according to Kevin Barber (COL ’11), the chair of The Hoya’s Board of Directors.

“Like all papers, we’ve experienced declines in revenue,” Barber said.

But Barber and Editor-in-Chief Marissa Amendolia (COL’11) confirmed that independence remains an important goal for the future.

Around this time last year, The Hoya was still reeling from criticism of its April Fool’s Issue, an attempt at satire that alienated many members of the Georgetown community, particularly minority groups.

Editors say that diversity training and rethinking the scope of story coverage in their paper over the past year helped them prepare for independence from the University, but many students involved in promoting campus diversity feel The Hoya could do a better job covering minority issues.

Several concrete changes have already taken place at The Hoya. Last winter, the newspaper established two new positions dedicated to promoting institutional diversity and reforming diversity recruiting, and is in the process of hiring an ombudsman. Over the last two semesters, The Hoya’s writers and editors have attended ethics seminars, as well as a diversity training session run by the Center of Multicultural Equity and Access and ResLife. Byron White, a former journalist and an associate vice president of community engagement at Xavier University, was also asked to conduct an external review of the paper and its practices, which led to 18 proposed recommendations intended to start dialogue about change.

Amendolia said she thinks the paper has made progress addressing the varied interests and concerns of the Georgetown community. Amendolia highlighted several features—such as Campus Spotlight, In the Week Ahead, and Center Stage—in the expanded version of The Guide that she feels cover the events and causes of different student groups. Barber said writers and editors were encouraged to get more involved with political and cultural clubs and opinion  editors were pushed to solicit articles from “a diverse pool of writers.”

“It’s not just about accommodating a quota,” Executive Editor Eamon O’Connor (COL ’12) said. “It’s a very positive thing for our staff to made conscious of … the many stories that can be found on campus, but unfortunately, The Hoya has not covered in the past.”

Georgetown administrators and student leaders who censured the April Fool’s edition last year have recognized the efforts made by the staff over the past year.

“I have been encouraged by … the way [The Hoya] has engaged with many students and administrators across the campus community,” Vice President of Student Affairs Todd Olson wrote in an e-mail.

Some student leaders, especially those involved with diversity initiatives on campus, however, find that there are still improvements to be made. While acknowledging that certain subjects like student participation in immigration reform and the progress of the working groups established in the wake of protests sparked by the April Fool’s Issue are being covered to a greater extent, they contend that diversity issues as a whole are still not being covered in a nuanced and complex way. A number of student leaders cited frustrations that their message is being lost in translation.

“All coverage of the diversity issues [has] been poorly informed and protective of the status quo,” Brian Kesten (COL ’10), the founder of the Student Commission for Unity, wrote in an e-mail. “Most articles related to diversity argue trivial issues like defining diversity and protecting the institution from a perceived attack on ‘diversity of ideas.’ They ignore [the problems of] the exclusion of minority perspectives and representation in our student body and curriculum.”

Duyen Bui (SFS’10), who has worked with the Academic Working Group, said that while cultural shows are mentioned in The Guide, she finds that The Hoya rarely goes deeper into issues of diversity.

“They don’t cover the events enough to the extent that readers understand why the clubs are doing these events,” Bui said.

Ryan Wilson (COL’12), the chair of the Student Commission for Unity, echoed these sentiments.

“The Hoya does a good job of covering surface level stories,” Wilson said.

Kesten, however, said that his concerns about The Hoya’s level of insight into diversity do not mean he is against their move for independence from the university.

“I hope that it provides them the opportunity they seek to be completely responsible for their journalism,” Kesten said. 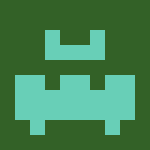