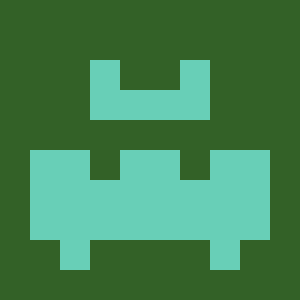 A few years back, several incidents pushed issues of race and diversity at Georgetown to the forefront of the campus’s mind. In 2007, the attack of a gay student on campus prompted the formation of the LGBTQ center at Georgetown. In the same year, some criticized the priorities of Georgetown students when a protest on the alcohol policy received more attention than a vigil for the Jena Six that was held on the same day. In 2008 and 2009, students protested the Hoya and the Georgetown Heckler for publishing satirical articles that they found insensitive toward minorities and women who had faced assault.

With debate between Georgetown and its neighbors over the 2010 campus plan still heated, experts in urban planning and development are attempting to measure the effect that forcing the University to build elsewhere or cap enrollment would have on the District’s economy.

The School of Nursing and Health Studies operated without a permanent dean for one year, from June 2010 to June 2011. After a year’s search for a new dean, Dr. Martin Iguchi was appointed Georgetown’s new Dean of the School of Nursing and Health Studies in July. Iguchi said that during his tenure, he will work on expanding the school’s online nursing master’s program and establishing relationships with health-related community-based organizations inside and outside of D.C.

After working on the design plan and the rough cost estimates for the proposed Healy Pub this summer, students in the Georgetown University Student Association’s Healy Space Working Group will be meeting with University President John DeGioia in the coming weeks to discuss a revised vision of the pub. While DeGioia and Vice President of Student Affairs Todd Olson expressed doubt about the viability of the Healy Pub project due to concerns about serving alcohol to students, the working group says that the revised plan should assuage the University’s concerns about the pub.

As hundreds of students waited to enter Lauinger Library for the Welcome Week and What’s After Dark’s “Party at Club Lau” around 11:00 p.m. last Saturday, Department of Public Safety officers tried to corral students into a single line, but some students say that the officers’ actions that night nearly caused a mob scene.

On August 17, the Advisory Neighborhood Commission 2E redistricting task force voted in favor of a proposal by ANC 2E chair Ron Lewis, Burleith Citizens Association President Lenore Rubino, and Citizens Association of Georgetown President Jennifer Altemus to re-draw the borders of the districts that elect the board’s commissioners. The plan will be subject to community comment at the next public ANC meeting before it becomes an official recommendation.

On Wednesday night, the Georgetown University Student Association Senate released a final draft proposal for the Student Activities Fee and Endowment Reform legislation, including the exact proposed increase in fees.

DPS, ResLife react to surge of burglaries in Village A

Since Oct. 16, Village A has seen four burglaries and one attempted forced entry. The crimes have prompted the Department of Public Safety to hold a town hall meeting with Residence Life and increase patrols in the area. In all but one of the Village A burglaries, the residents had left their doors unlocked. According to the Associate Director of DPS Joseph Smith, the four burglaries occurred in blocks D and E of Village A, and suspects typically stole laptops.

The University is crafting new off-campus housing regulations, a process which has close ties to the negotiation of the 2010 Campus Plan. The discussion is still in its early stages, but students at Georgetown have recently attended two meetings with Georgetown administrators to discuss changes to off-campus housing regulations. The first meeting was attended by seven students, Vice President of Student Affairs Todd Olson, and Associate Vice President of Student Affairs Jeanne Lord.

Although The Corp has said that it is not planning to start any construction on a café located in the Davis Performing Arts Center lobby for at least six months, faculty members working in the Davis Center and members of The Corp have denied that plans to build a café have been cancelled.