If anyone in the music industry is on top of their game right now, it’s Chris Taylor. Best known as the bassist and backup vocalist for Grizzly Bear, Taylor has also done behind the scenes work on other well-regarded projects, producing records for Twin Shadow and the Morning Benders. Dreams Come True, the debut album from Taylor’s new solo project CANT, is predictably well-produced, but few of its songs display the songwriting ability that made Grizzly Bear’s Veckatimest an indie classic.
Dreams Come True is a decidedly electronic album, featuring drum machines and digitally altered vocals that have more in common with Trent Reznor’s work than Grizzly Bear’s folky, organic palate. The album opens with “Too Late Too Far,” a bumping tune that goes a little too far with unnecessary sound effects, but it’s nonetheless a promising start.
Jump to the album’s third and fourth tracks, “The Edge” and “Bang”, and Taylor can be found in his best form. “The Edge” is melodramatic in tone, but its vocals produce a raw sound that many of the other tracks could have benefited from. “Bang” is a haunting piece that showcases Taylor’s discipline in balancing melody with atmosphere.
Yet as soon as Dreams gets going, it has already run out of steam. Songs such as “Rises Silent” and “She Found a Way Out” are unsatisfying, weighed down by noisy, headache-inducing synthesizers that accompany dragging beats—a stylistic choice, perhaps, but a poor one.
“Answer” is a final glimpse at CANT’s potential, and while the production is still too heavy, the track’ neat bass line is enough to keep a listener interested (although, in this case particularly, a sweet sound system is required to hear the artist’s true intentions). The problem is, while “Answer” would be a solid conclusion to the album, the three tracks that follow it offer little beyond slow, fuzzy bullshit.
While the album is not altogether disappointing, its misses outnumber its hits. Dreams Come True can be a considered a demonstration of Taylor’s range as a producer, but as a solo act, Taylor comes off as a weird, electro imitation of TV on the Radio. That said, CANT has immense potential, and a sophomore album could succeed—that is, if he embraces his folky roots and shuns the industrialized cacophony that shatters Dreams. 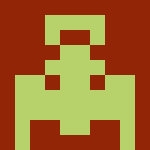 Critical Voices: DragonForce, The Power Within