This Saturday, Georgetown’s Department of Performing Arts will put on Visible Impact, a production that seeks to engage with deaf and disabled communities as part of Georgetown’s DiversABILITY Forum, a weekend-long initiative to promote discussion about students’ understandings of diversity through various performing arts and discussions with artists, educators, policymakers and advocates.

Visible Impact is the highlight of the forum and a collaborative effort among students and faculty from both Georgetown and Gallaudet University, as well as the Open Circle Theatre, the city’s first professional theater group that focuses on integrating disabled performers.

The idea for the project originated from a discussion initiated by Professor Susan Lynskey, who taught a class last semester called “Deaf, Performance and Culture,” and by Richard Curry, S.J., who has been working with persons with disabilities for over 35 years.

Auditions for the play were held during the first week of school, and the first few weeks of rehearsal consisted of discussions among the cast members and faculty involved about disability.

The play is a combination of more traditional pieces as well as more personal monologues that were results of discussions by the cast members.

“It was oddly academic at times. I’ve been involved in theater my whole time at Georgetown, and we were never given readings,” Andy Stoffel (SFS ‘12), the play’s assistant director and stage manager, said.

But the use of the term “disabled” has provoked some controversy. Some members of the deaf community feel it misrepresents their identity by carrying overly negative connotations, resenting the suggestion that deafness makes them different.

“The word ‘disabled’ itself already has so much meaning,” Heather Artinian (COL ’15), who said she is the only deaf student at Georgetown, wrote in an email. “If you say ‘disabled’ you usually mean that the person is unable to function in society like normal people. I am normal. Deaf people are normal. We just have a different language, different culture, and a different way of viewing life.”

“There are a lot of differences between the deaf and disabled communities,” said Chase Meacham (COL ’14), one of the play’s actors, said. “It’s tough to put those [two communities] side-by-side, so we did the best we could.” Meachem was diagnosed with the bone cancer osteosarcoma when he was 14.

“What we see in our cast is deaf individuals working very hard for their culture, and cast members with disabilities working hard for their culture, and the deaf individuals do not always want to be associated with disability group just because they have gone so far to say that ‘We are not any way impaired, we just have a different language,’” Meacham said.

But Stoffel said the forum and play are meant to engage the audience in various perspectives, and prompt discussion.

“Our show is less about deafness and disability and more about engaging differences in a way that continues to expand the definition of ‘we’ by bringing everyone together to discuss this issue we achieved a level of universality,” Stoffel said. “It’s really beautiful.” 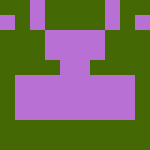