Recent studies published in the Journal of Family Planning and Reproductive Health Care claim that CycleBeads, a contraceptive tool developed by Victoria Jennings, the director of the Institute for Reproductive Health at Georgetown, are more effective than male condoms.

A color-coded string of beads used to monitor the days of a woman’s menstrual cycle, CycleBeads employ the Standard Days Method, which helps prevent pregnancy by marking the days a woman is most likely to get pregnant.

“Essentially both condoms and the SDM are controlled by the user, so it’s really important to use them correctly otherwise there is a high risk of pregnancy,” Jennings said. “Whether it is perfect use or typical use, both are similar.”

Amy Tsui, the director of the Bill & Melinda Gates Institute of Population & Reproductive Health at Johns Hopkins, agreed that CycleBeads had the potential to address those women who had an unmet need for contraception, saying that CycleBeads were cost effective. One group of intended users for CycleBeads are women who live in developing countries.

She also stressed the importance of cross-validation obtained through third party studies. Tsui said that the risk for potential selection bias exists, considering the diverse range of sites and the potential distinctions in the manner in which subjects were counseled. She also said that the type of funding needed for the method is beyond what was available, but remains supportive of the method itself.

“We at the institute think it is a very helpful tool for women who have no good training on their fertility cycles,” Tsui said. “There are a lot of us who tend to discount the effect of the rhythm [method] and the SDM but it’s due its own opportunity to prove itself and I think part of it is they don’t get awarded enough for these studies to go in full.” 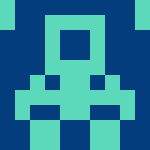 What the NSA found on Hoyas’ computers

The Hilltop at your fingertips: Online learning at Georgetown