Whipped cream-flavored Burnett’s vodka in hand, two Jane Hoyas approach the cashier at Towne Wine and Liquor on Wisconsin Avenue and engage in familiar debate about splitting the bill—“I’m out of money … Buy you a fro-yo at Sweet Green tomorrow?”

Unfortunately, the situation was not perfect. With $13 in hand, the thirsty ladies thought they had enough cash to pay for the vodka, but they forgot about one of D.C.’s more sinister institutions—alcohol taxes.

In response to the District’s grim financial outlook, Mayor Vincent Gray signed the FY 2012 Emergency Budget Support Act on June 29, 2011. In addition to altering municipal property and income tax rates in an effort to boost city revenue, Gray approved an increase in the tax on the sale of alcohol for off-premises consumption (e.g. buying Natty at Towne) from 9 to 10 percent.

D.C. is known for high taxes, and alcohol is no exception. When you account for the fact that D.C. has a patchwork of taxes on both production and sales, D.C. has one of the highest liquor taxes in the nation. Though seemingly negligible, the tax hike is estimated to bring in an additional $2.9 million annually. While austerity and fiscal responsibility have been an unfortunate but necessary response to deficits from Birmingham, Ala. to Athens, Ga., alcohol taxes are an unjust and unethical way to get budgets back in the black.

Like any other excise tax, alcohol taxes are inherently regressive; they place a greater financial burden on the poor than the rich. But this assumes that the rich and the poor consume alcohol at similar rates. Unfortunately this doesn’t seem to be the case.

Despite a lack of hard data, both personal experience and common sense suggest that, in terms of off-premises consumption, students purchase alcohol at a much greater rate than adults. These same students, on average, have much more limited incomes than the adult population. So alcohol taxes, more so than any other tax, place an unfair burden on American youth. Add this to the dire problems of youth unemployment, ever increasing student indebtedness, and the fact that, particularly in D.C., students are not registered to vote in the districts where they go to school, and alcohol taxes seem less like a quick fix for sagging budgets and more like a serious injustice against students.

Fundamental to modern democracies is the idea that states exist to secure liberties, not act as a moral compass and take them away. Historically this has not been the case, and states have imposed numerous restrictions on the consumption of goods deemed harmful to society. But while precedent may be on the side of prohibiting “sinful” vices like prostitution or cocaine, the values of modern democracies are not.

Assuming that individual alcohol consumption in itself does not harm others (a claim that Mothers Against Drunk Driving and other groups would dispute) a truly liberal state would allow its citizens to be free to consume it. We can look to the ban on the controversial ingredients of caffeine, taurine, and guarana in Four Loko as a failure of the state to protect our freedom. But is targeted taxation of alcohol on par with an outright ban?

In On Liberty, John Stuart Mill argued that “to tax stimulants for the sole purpose of making them more difficult to be obtained, is a measure differing only in degree from their entire prohibition; and would be justifiable only if that were justifiable.” For example, imagine the individual too poor to afford alcohol under a new tax. To her, the government might as well reinstitute prohibition, because a tax eliminates her ability to buy alcohol.

Though somewhat extreme, this case illustrates the assault on liberty inherent in any targeted taxation. When those targeted taxes that seek to control public behavior by appealing to general notions of morality, affectionately labeled “sin” taxes, the state oversteps its role.

It’s time for students to express their concerns over rising liquor taxes and not allow the tax burden to be unfairly shifted. In 2010, with support from breweries, economists, and drinkers (students), a Massachusetts initiative did just that, eliminating liquor taxes altogether. Cheers to that. 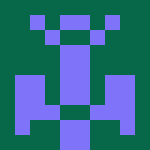 Maybe we should get rid of gas taxes, cigarette taxes … you know, taxes on things that are bad for us.