Facing the graduation of three of its star seniors, the Georgetown men’s soccer program has added six new players for next year’s fall season, a recruiting class ranked sixth-best in the nation.

The squad is looking to add fresh talent after ending last season with a 10-5-4 record (4-3-1 Big East), and the six players who have signed National Letters of Intent—Brandon Allen, Keegan Rosenberry, Cole Seller, Melvin Snoh, Josh Turnley, and David Witkoff—are all gifted athletes who have been nationally recognized for their skill on the field.

Allen scored a total of 118 goals during his high school career at St. Joseph High School in Old Bridge, N.J.  Liberian-born Snoh started his games over his four years at Malvern Prep High School in Coatesville, Pa., and captained his club team, Penn Fusion. Turnley scored 101 goals over his career at Beaver Area High School, where he was also recognized as the NSCAA Pennsylvania State Player of the Year.

Georgetown Head Coach Brian Wiese is content with the recruiting efforts, but he says that the process is not over.

“We still have more players we want to be adding to it,” he said. “That being said, it’s a very exciting group of players.  We got the guys to come to Georgetown that we wanted.  It’s an exciting time for the program and I’m excited for these men to come visit and start contributing to Georgetown soccer.”

This influx of talent might mean that the returning Georgetown soccer players will have varying playing time, but Wiese sees this as a positive for the program.

“For every position on the field, we want someone to play,” he said. “We want guys to be pushing for playing time.  It also helps protect against injuries…so I think this group of guys is going to do all of those things.”

Wiese recognizes the profound capacity that these players have to offer.  “From a needs point of view and from a quality of kid…and impact player, it will be six guys that have the ability to play as freshmen,” he said.  “This group of guys [has] a potential to play…and that’s exciting for us.”

The coach also feels that one commitment can have a domino effect of sorts, as today’s recruiting involves high schoolers who know each other going into the process.

“There’s a certain amount of momentum that can be built upon a recruiting class,” Wiese said.  “Soccer is a small world.  When all of these players know each other, they get excited when they know when players go somewhere they’re interested.  This group of six players is a solid group.” 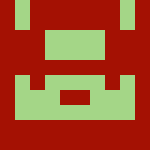 City on a Hill: D.C.’s politics of personality