Sophomore year is coming to an end, and the dreaded slump has set in. Combined with the recent streak of bad weather, this has lead to a complete and utter lack of desire to do anything. I’ve found other ways to occupy my time, like thinking about how I’m pursuing a degree that, especially in these tough economic times, isn’t exactly practical—it’s sometimes pretty difficult to see how the skills the SFS has taught me can translate into a career. Still, one cannot spend hours dwelling on insecurities without going insane, so I have turned to my favorite fictional world for solace—Panem.

The 60s had Star Trek, the 70s had Star Wars, Harry Potter graced the start of the 21st century, and arguably, this decade will have the Hunger Games. As far as Hunger Games fangirls go, I am certainly not the most rabid, I am among them nonetheless. I have successfully downloaded a Hunger Games ringtone, started planning to be Effie for Halloween, and spent my weekend rereading the first two books and watching the movie, again.

Clearly, I have been shirking certain academic responsibilities. While my level of enthusiasm for this franchise may seem minor league-level pathetic, and secretly I remain a 15-year-old girl inside, I have thus far managed to be discreet about my fangirl status. What haven’t been discreet, however, are my pernicious thoughts on the future.

Fretting away one day, I struck gold in an international relations-style analysis of the Hunger Games from my quantitative methods professor. Being a true SFSer, using IR to interpret anything turns me on, especially if it’s fiction. This article was the most excitement I’ve found in academia since I attended a lecture freshman year about realism and the use of fear as a weapon in Harry Potter.

Using game theory and the economics of tesserae, the author analyzed the probability of survival in the Hunger Games. But this was only the beginning of my IR trek through the wonderful world of Panem. Going on to read more articles that used IR to interpret the Hunger Games, I found myself reinvigorated by my degree and the future that it will provide me.

These articles not only let me indulge in my Hunger Games fixation, but also assuaged some of my seemingly inescapable fears. Everywhere I turn, it seems that my friends are having crises about their futures, and those fears have undoubtedly had an impact upon me. Sophomore year has come to represent the metaphorical end of the lax approach to life. Junior year is looming and apparently so is my future, at least according to every serious-minded sophomore I have talked with these past few weeks. Tests ending with -ATs need to be planned for, internships applied for, and the practicality of my major choice needs to be addressed. In the choice between fight and flight, I have decided to forgo both, and instead simply burrow into my comforter with a book, hoping that I will wake up a freshman again.

This is where the Hunger Games, or at least its analysis, arrives to save the day. While I might have not been as fearful for the future as others, questions about my degree have become omnipresent. How can I apply theories to real life when we are taught that so often they are wrong? These analyses offer a small glimmer of hope that my degree will not only be a great party trick, but will also be practical. Everyone loves a guest who can pull wild theories out of her ass and sound intelligent doing it.

We all need to remember that while we are taught all these abstract ideas, we are also taught to think critically. This means that as Georgetown students, who likely have at least a modicum of intelligence, we can creatively use our education to reach whatever goal we are aiming for. If game theory can apply to the Hunger Games, then modernization theory can definitely apply to less trivial endeavors, no offense to Susan Collins.

It is time for those of us, myself included, who foresee an imminent post-graduation catastrophe to take a leaf out of Katniss’s book. Life does not go the way we plan; it never has and never will. We can sit around insipidly like Bella from Twilight waiting for things to change, or we can be proactive and make the best of each situation presented. To continue the analogy, life is no different from the arena – we have to take what the Gamemakers give us and do the best with it. Maybe, if we’re cunning enough, we can throw it in their faces.

We also need to remember that we are going into the playing field not as underdogs, but as Careers. Our Georgetown education has offered us preparation for the real world that is better than most other institutions can provide. As long as we remember the values and knowledge imbued in us by the faculty, staff, and students of this school, there is no reason why we should not be able to overcome every obstacle we’re faced with.

Graduation is fast approaching. So let the games begin, and may the odds be ever in your favor! 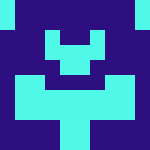