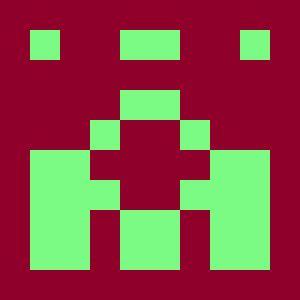 Voyage to foreign land of Tennessee leads to reflection on faith

Years ago, in the South, “pounding of the preacher” was a common custom used to welcome newly hired priests to the town and to the congregation. Members of the church... Read more

Throwback Jack: When students had it maid

As CHARMS surveys and roommate agreements attest, a major factor in creating harmonious living arrangements is a mutually agreeable cleaning regimen. Nowadays, who cleans what and when is an issue that students must work out among themselves, but for Hoyas of the 1950s and ‘60s, roommates never needed to quarrel over cleaning duties. They had maids. And when the maids stopped coming, they rallied together and quarreled with University administrators.

Halloween at Georgetown is full of traditions: watching The Exorcist in Gaston, exploring the underground tunnels below campus, or taking part in spreading old rumors about the supposedly haunted fifth floor of Healy Hall. But what about the story that attributes wails in Healy to the ghost of a student who was crushed to death between the clock hands in the clock tower? This story may originate in another Georgetown tradition: stealing the clock hands straight off the tower as a prank.

Traditions abound on Homecoming Weekend—alumni return to their old stomping grounds, everyone goes out to see the football game (or at least tailgate for it), and students crown a champion in the annual Mr. Georgetown Pageant. Some of those traditions stretch back over 70 years to Georgetown’s first homecoming. Others have evolved. For example, it wasn’t always about Mr. Georgetown. Up until 1971, it was all about Ms. Georgetown, the Homecoming Queen.

For Hoyas today, the first week of October is marked by increasingly frigid weather and the imminent onset of midterms. But back in the 1950s and early 1960s, it was marked by an important tradition, the Rat Race. The event, which usually fell on the first Sunday in October, was essentially a school dance that served as the culmination of a week-long hazing process for the freshmen. It was a well-deserved reward for the newcomers since, according to yearbooks, the hazing process included performing menial tasks such as car-washing and shoe-shining for their upperclassman tormentors. A 1951 yearbook also mentioned that “all freshman were required to have their hair cut to a scant half-inch” (the school had not yet gone co-ed) and had to wear “the traditional ‘Beanie’ at all times.”

Today, faculty at Georgetown take the student Code of Conduct quite seriously, doling out fines, written reprimands, and work sanction hours. Yet when it comes to run-ins with the law our 19th century counter-parts were battling a much stricter set of rules. Still, their prescribed punishments did not prevent these distant Hoyas from having their fun.

This year’s freshman class literally shook campus with its arrival. The earthquake that struck D.C. during move-in week was entirely unexpected, disrupting orientation events and forcing buildings to be evacuated. In the midst of this minor crisis, University officials employed email, text messaging, and nearly every other conceivable medium to get students updates as quickly as possible.

In a few short weeks, the graduating seniors of the Class of 2011 will happily abandon campus in pursuit of exciting summer plans, relinquishing all of their Georgetown territory to the rising senior class. But before they leave, they’ll spend their last days on campus drinking, dancing, and partying their way through one last University-sanctioned event—Senior Week.

Rub Some Dirt On It: You may not go blind, but…

College kids tend to do a lot of dumb things—some of them pretty unsafe. But when we’re not partying hard or gorging ourselves on Leo’s food, most of us spend a good chunk of our time studying. Doesn’t that count for something?

I’m not much of an explorer when it comes to slogging through the University’s course catalog. I know which classes I need to take, I know where to look for them, and I go and get them. For many semesters, this kept me from stumbling across a gem hidden among Georgetown’s other courses: the Leisure and Recreation Education classes.