Occupy activists look to revive movement with May Day

As the spring months begin, the Occupy movement faces questions about how to stay relevant since the forced evictions of major camps in D.C. and New York.  Members of Occupy Georgetown are similarly grappling with how to create an activist movement on campus.  Both Occupy D.C. and Occupy Georgetown hope to build strength by uniting activists from different causes.  A May 1 general strike known as “May Day” aims to demonstrate the continuation of the movement.

May Day will differ from the traditional general strike, which involves a widespread refusal to work.  Activist Zach Zill, who spoke at a teach-in held last month by Occupy Georgetown, explains that May Day will be “a day for the 99 percent” rather than “a day without the 99 percent.”  “This should be a day for the immigrants, the unorganized workers, the unemployed, those facing layoffs or pay cuts, those making minimum wage, the 2.3 million incarcerated people in this country, the women who still make only 76 cents to a man’s dollar,” said Zill.

D.C. is slated for a more modest May Day than those in other cities. It will include an afternoon rally in Malcolm X park followed by a march to the White House in the evening.  “I think in New York City it’s going to be huge,” said activist Michael Haack of Occupy Our Homes, an anti-forclosure and housing security group. “People in New York have been working on it ever since Zuccotti was evicted,” referring to Zuccotti Park, the first public site occupied by activists and the enduring center of the movement.

Occupy decided to conduct its general strike on May Day because of the day’s historical significance.  May Day became a labor holiday after the Haymarket Affair of May 1886, when anarchists were sentenced to death for a bombing which occurred at a labor rally after a trial that many deemed unjust.  The strike’s timing challenges Occupy Georgetown because it occurs the day after classes end.

“We’re not trying to have a big major push to get students to show up to the rally, just because we’re kind of exhausted now that the term is almost over and everyone has finals,” Occupy Georgetown member Rob Byrne (COL ‘12) said.  “But we’re going to be advertising it and encouraging everyone to come.”

Occupy Georgetown will also host workshops and meetings on May Day, including a talk with Michael Kazin, editor of leftist magazine Dissent.  Event organizers hope these opportunities will encourage networking among Georgetown activists and reinvigorate activism on campus.  Occupy Georgetown has already reached out to build coalitions with other organizations, such as marching with the National Association for the Advancement of Colored People to the Trayvon Martin rally in Freedom Plaza.

“GU Occupy is really helpful to the activist, progressive community as a whole,” NAACP co-president Jarvis Matthews (COL ‘12) said.  “They have a thought-out strategy about who they want to build coalitions with and how to accomplish their goals.”

Occupy Georgetown hopes to shift Georgetown’s campus culture to one that is more supportive of activism.  “The idea is to get all [student groups that are] left-leaning, or progressive—or whatever term you want to call them—student groups who are interested in social justice, talking with each other about what’s going on in D.C. or what’s going on campus, and to have them build a better network,” said Byrne.

Although Byrne and other students are involved in Occupy, there are some members of the campus community who do not support the movement.

“Occupy has gone about protesting wrong,” Kathryn Bolas, Director of Communications for Georgetown University College Republicans, wrote in an email.  “Whether or not you agree with the Tea Party, which some Republicans do not, you have to at least admire how they went about protesting their grievances.  There was no violence and no arrests, unlike the Occupy protests.”

Occupy has faced criticism beyond its protest methods.  “There’s this famous ‘Occupy-doesn’t-have-any-goals,” Haack said.  “The best way to think of that is Occupy is a movement of movements.  Just like the civil rights movement, it’s a bigger narrative that draws many narratives together.”

Recently, Occupy has also organized concrete initiatives to counter the accusations of aimlessness, such as Occupy Our Homes and Occupy Spring.  “Broadly, what Occupy has done and what I think it will continue to do is infuse the language of economic injustice back into the lexicon of the United States,” said Haack.  “The goal of Occupy Spring is to actually use that language to get real gains for people.  People who are foreclosed or being evicted—keep them in their houses.” 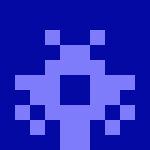