Haute Mess: The runway in the White House

Fashion and politics lie on opposite ends of the spectrum, right? It is difficult to imagine that these two could possibly go hand in hand, since a ‘strong political figure’ is one who wears solely black and gray suits with an occasional touch of color in the form of a tie.

Fortunately, there are those who stray away from the typical stereotype and march to the beat of their own drum. And as Mayor Vincent Gray recently stated during D.C. Fashion Week 2012, the District is transitioning from a political city to one where fashion and politics unite to create a vibrant metropolitan area. From Jackie Onassis to Michelle Obama, First Ladies throughout American history have stood in the public spotlight not only as important political figures, but also as fierce fashion icons with style, talent, and flare in their wardrobe creations.

As one of the most iconic women to ever walk the face of the earth, Jackie Kennedy Onassis created a new look for the traditional First Lady, adding her own personal touch to the title. Jackie O arrived on the political scene with prim and proper skirt suits, white gloves, pill-box hats, and classic clasp handbags. Her signature look included enormous sunglasses, lace headscarves, and fabulous retro jewelry. When planning for the campaign trail, she mastered the art of looking gorgeous without raising too many eyebrows. For Jackie O, with her simple and monochromatic looks, it was not the dress that made the look, but her powerful, star-studded presence.

It is very difficult for a First Lady to follow up with a wardrobe as stylish and inventive as that of Jackie O, and in no occasion is the pressure to measure up more daunting than the inaugural ball. This important affair introduces the first lady to the world and serves as a snapshot into the American Presidency. Lady Bird Johnson, Pat Nixon, Rosalynn Carter, Nancy Reagan, Barbara Bush, Hillary Clinton, and Laura Bush all attempted—and failed—to capture that classic, American look Jackie O so perfectly executed. It almost seemed impossible for anyone to ever live up to her legacy.

Today, she rocks the political runway with her nouveau style. Our current first lady is certainly making a run to live up to Jackie O’s stylish legacy. Since her debut on the Hill, she has dared to make one statement after another with her glitz, glam, and vibrant flair. She has brought new and upcoming designers to both the political and fashion scene, and she has sported many affordable creations by brands such as J. Crew and GAP. Unlike traditional first ladies of the past, Michelle has been able to make much of her style accessible to all Americans. Yes, she loves her Naeem Khan gowns for galas and balls, but she also sports all-American affordable fare daily.

Mrs. Obama embodies the American woman of today with her versatile and accessible garb. She exemplifies the fact that politics and fashion are not on opposite ends of the spectrum. In fact, Michelle’s choice of dress is very much related to her political ideals. She chooses her designers carefully, often in line with her democratic pitch to the middle class of America. For one, she has been known to sport Tracy Reese designs, a self-made African American businesswoman whose mid-priced frocks are far from the four figure price tags characteristic of classic First Lady fair.

Mrs. Obama’s apparel choices put her under the spotlight, and serve as inspiration for many women of America today, but in a more accessible fashion than perhaps her predecessors. However, both Jackie and Michelle have demonstrated that the Hill is not just a place for red, white, blue, and the occasional seersucker. 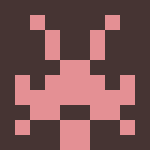