Loose Cannon: Add/drop on the rocks

If you haven’t figured it out already, those precious days before school starts are the best days of the year—well, actually—of all of your short and wretched life. I’m not just talking about the days before Wednesday, Jan. 8 when classes “begin” because if we get right down to it real classes don’t start until add/drop stops. Yeah, that’s Jan. 18, which still is not upon us for all you fools who have already read a book or written an essay. Now, for you freshmen, I’m about to drop some real pearls of wisdom. Attendance or assignments simply are not mandatory until add/drop is over, and if your teacher insists that they “really are” just drop the class and add it back on the morning of the 18th (though I would recommend checking to see if there is a waiting list first before pulling such a bold maneuver). I actually don’t bother with pre-registration ‘til that last day of add/drop.

I know I just made a big woop-dee-doo over that final date, but the first few weeks of school can arguably be partitioned into three separate periods, each one with clear plus and minuses. The first is early move-in. In the fall semester Pre-orientation advisors start arriving anywhere up to a month in advance (thus ending the summer-long incestuous debauchery of housing and RHO employees). The festivities ratchet up as OA’s, newspaper staffers (Join the Voice and you might get early move-in on Aug. 18th!), and wizened off-campus upperclassmen arrive just a couple of weeks before school.

The lack of responsibility coupled with Safeway’s buy-one-get-one-free/10-percent-off six packs of wine sale results in the perfect hurricane of partying and good times, especially when an actual hurricane blows through town during NSO. Sadly, move-in is not as well capitalized upon during the spring semester, as most students are only allowed back on campus twenty-four hours before classes start. But what spring move-in might lack in length, I’ve learned it makes up for in intensity, as practically the entire campus was either packed into the Tombs, or destroying their dorms and insides with Burnett’s handles that had sat around capless since finals.

Next begins syllabus week, when lectures last on average 20 minutes and it is perfectly fine to be enrolled in only two classes. The lack of content actually conveyed in the first week of school make it acceptable to complement raging nights with day drinking by pre-gaming lectures. While for some reason the less hearty among us are tempted to take these classes seriously (by that I mean soberly), on the positive side at least all your friends have finally arrived back on campus. Now, if your body at this point aches from the toxicity built up from six consecutive nights of drinking and your right hand is stained blue with stamps, you need to down some Advil, chug a V8, and carry on—there is still time before responsibility starts.

Syllabus week soon fades away as classes begin to meet a second time. While this dividing line is somewhat muddled, the end of the weekend might be a good rule of thumb. However, since each semester always starts with a Monday schedule on a Wednesday, in an ideal world one could register for 4 or 5 seminars on Wednesday. Sadly on Friday add/drop closes and you’re a physics major who signed up for five sociology courses while black-out. But buck up because it’s the weekend and you’re still in college! (I’m sure you can cram two weeks of schoolwork into Sunday evening.)

I end my column with the story of a model student, wise beyond his years. While he might be studying abroad this semester, it did not keep him from celebrating syllabus week with the best of us. He packed his bags to leave the country, said goodbye to the parents for six months, and then headed to Georgetown to crash on my couch for a week. He arrived with Dickel in hand (the best of Tennessee Whiskey) and set up a siege on the Tombs from my cattycorner Nevils.

On his last night, he caught a cute girl’s gaze from across the bar and lured her away with a promise of cosmic experiences at the observatory. After stargazing they walked back, but only made it to the MSB before she decided to go no further. She yanked a tablecloth from underneath catered food, wrapped it around herself and fell asleep in a classroom chair. My buddy, seeing nothing better to do, joined her. Big surprise—it turns out she was black-out. As she awoke to students coming to class, she wondered not only why she was asleep in the MSB, but also who was the stranger beside her. Moral of the story? That was a funny story. 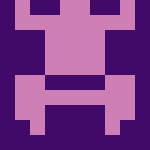