I’m a psychology major and my life philosophy is very simple: people are inherently good. Deep down in the dark corners of the heart, there is the intention to do good and be good. There is love, courage, passion, and all those beautiful things that give you shivers down your spine. I know that people are capable of acting in ways that don’t necessarily coincide with their natural tendencies for goodness, mainly due to the fact that I’ve done things that I knew were wrong from the start. Despite my transgressions, I know that there is goodness within me because I both care and feel deeply, wanting the best for everyone. I can’t be so naive to expect that others might also feel that way.

When my dad passed away, I dropped all attempts to be dark, brooding, and angsty. The teenager was set-aside for a young woman who never again would overlook the goodness of another before it was too late. I became optimistic. Hopeful. I started working harder to care about other people and see past their façades. I’ve kept numerous people in my life by looking past the rudeness and cruelty towards something deeper. Underneath it all there was someone who had been profoundly hurt, blinding them to their own goodness. Realizing all of this, I decided to help people by being a psychologist.

I’ve realized very recently that this won’t be my path. I was hit with the recognition that I’m terrified by those with which I cannot reason. My natural tendency is to label them crazy, which admittedly is unfair and judgmental. There are some people out there whose worldviews are so skewed that there is no way of meeting on common ground. Their outlook on life hurts other people, and I lose all feelings of compassion for them. How could I possibly help these inhuman creatures?

As a psychologist, I would come across a number of these unreasonable people and I don’t have it in me to try as hard as I would for other people. The fear I feel is stronger than the empathy. I fear the mindless harm that they are capable of, and I fear that they cannot be stopped. Honestly, it makes me feel shitty because I thought I was better than that.

Over Christmas break, I reconnected with old acquaintances and met a lot of new people. I saw mothers hurt daughters, stepfathers disregard stepchildren, and brothers spiral into alcoholism and depression. In all of these situations, I knew objectively and instinctively what it was that these people had to do in order to be happier. Some of these people I genuinely wanted to help and others, not so much. I saw a lot of hurt and I tried my hardest to be there to put their pieces back together. Those responsible, though? They were people who should have known better, but they had become so set in their questionable ways that they seemed hopeless. How could anyone convince these people to get their heads out of their asses and realize the magnitude of their destructive behavior? I’m sure that my psychology classes can provide an answer, but the bigger question is how do I convince myself that I want to help these people?

I think I’m afraid that I won’t be able to get through to these people. It requires delving past years of physical and mental grime in order to find the light. It seems like a daunting task to teach people the simple values of love and humanity that are so easy to take for granted. I’m scared that I might find out that there is no hope for some people, in a world where I’m constantly grasping for hope.

Fundamentally, I don’t think that the field of psychology is tailored towards actually helping people. We’re taught that there is a gray area between abnormal and normal psychology, and yet all we ever learn is the reified notions of abnormality. It’s always been about there being something inherently wrong within. Even the ideals of humanistic psychology are lost for the sake of a more cognitive approach, where the individual is broken up into components. It’s as if the field of psychology serves to dehumanize. Morality is thrown out–it comes down to hard, concrete factors that make me wonder why I don’t turn to quantum physics.

I understand that I live in my own subjective reality. It’s fluffier than most and yes, I’m contradictory. Despite wanting to believe so, it’s clear that all people aren’t inherently good. My reality can’t possibly be the final truth and obviously no one’s going to necessarily conform to my expectations. I guess at the end of it all, what I’ve taken away from these experiences is that I simply can’t be a psychologist if I adhere to the saints and monsters paradigm. I suppose that the true face of humanity might lie somewhere in between, but that would require me to change my entire worldview to accept that notion… and haven’t I already said that that was impossible? 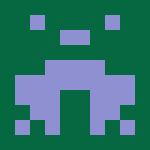 This is one of the most disgustingly ableist things I have read in a long time. I’m appalled that this was allowed to be published.

If this were racism or sexism, it would have never happened. But since it’s ableism…

There’s a lot of problems with conflating people’s harmful actions with their status of belonging to a certain group (in this case, people with psychiatric and other disabilities). Especially when it involves referring to them as (among other things) “inhuman creatures.” Not cool. I’m at least glad you’re deciding not to pursue a career in working with those of us who do have such disabilities, as we have quite enough people who think we’re less than other people by virtue of what we are who can medicate, institutionalize and otherwise harm us through their positions.

Change your major – STAT. As a fellow student of psychology, I can assure you it is never appropriate (or ethical) to refer to anyone as a “psycho.” You have just dehumanized an entire population of people with various mental and behavioral health struggles, which by the way, likely includes people you know and love. The profession of psychology is struggling to maintain scientific validity in a pseudoscientific world. It certainly needs no more heartless cads like yourself muddying the waters. I believe you should look toward a career with inanimate objects where you can truly do no [more] harm.

“The fear I feel is stronger than the empathy.”

Thank you for admitting to your own prejudices. This is the same sentiment that has driven people to be racist, sexist, homophobic, anti-Semitic, and prejudiced towards various other demographics.

I am saddened but not surprised that this article was published, given the rampant amounts of ableism that are allowed to go on at Georgetown. A published article at a well-respected university referring to a Person of Color or a woman as an “inhuman creature” would never make it past the “racist” or “sexist” filter. It’s alarming that in 2013, referring to people with disabilities “inhuman creatures” doesn’t alert some kind of “ableist” filter.

I suggest you examine yourself deeply, especially your prejudices towards people with psychiatric disabilities before going into the field of psychology. If you are not willing to unpack your privileges and admit to your prejudices, I would suggest going into another field.

I think you’re lacking what you say these other people lack: empathy. Love how the media screams we NDs don’t have it and someone like you comes up…

First of all, who created the headline? \Scarred by psychos.\ Not a very classy move, at a time when persons (yes, they are people) are being attacked and stereotyped in the public eye left and right.

In a way, I can admire the author’s honesty, and her fear that she may not have the tolerance to pursue a career in psychology. However, by using language that is highly prejudiced – \those with which I cannot reason,\ whose \outlook on life hurts other people,\ \inhuman creatures\ who need to \get their heads out of their asses,\ you have proven your own point – that you should DEFINITELY look at getting another major. If you’re such a concerned and caring person, then maybe quantum physics is the path for you.

The field of Psychology is by definiton difficult. Yes, it requires \years of physical and mental grime.\ Yes, it’s a \daunting task.\ But without conveying a message of hope to \these people,\ you’re not going to be a very good psychologist or therapist, and you’re certainly not going to find happiness, or help others find it.

You’re deciding, before even graduating from college, that a whole group of people is inherently worth less than others, and has no hope for the future. I am twice your age, someone who has had mental health issues,who has been given up on by many, so I feel very strongly that sending messages like this are a very unfortunate example of the discrimination (ableism) so many millions face – if you do pursue psychology, you’ll be doing a disservice to society, based on this essay. And we certainly don’t need even more messages of \you’re hopeless\ in 21st-Century America.

I wish you well in your career in Quantum Physics!

Thank you so much for not become a psychologist. Judging by this essay, you very easily could have done irreparable harm.
Thank you.

I was looking at this with the intended questions, but it looks more like an elaborate exercise in trolling.

I’d say “good show” but I think the intended offense could have been done with a little less hate.

I’m autistic. I also have other disabilities, too. Your choice to call people like me — or, basically, anyone you apparently seem to think of as deviant and not really human — “inhuman creatures” is appalling. It’s so horrible I’m debating whether I regret actually reading this article or not. You need to go check your privilege, like, now. I sincerely hope you never find yourself among any disabled people. Then again, since you wrote this article with the obvious assumption that none of us would ever actually be reading it — because all of Georgetown is totally NT and not disabled, right?! totally psychologically normal and not, like, OMFG, mentally ill?!?!?!?! — I guess I shouldn’t be too worried. Go have fun away from the people you so roundly and egregiously dehumanize. I’ve had my humanity stripped from me too many times already.