With the passing of the one-year anniversary of Obama’s re-election, the speculation about 2016 potentials should be heating up. However, the Democratic Party wants to pick a candidate backwards. There is a growing consensus within the party that Hillary Clinton absolutely must be the standard-bearer in 2016—before she even announces her candidacy.

The Democratic Party has essentially decided to have a primary before the 2014 midterms and the decision is clear. Hillary is the nominee. All that is left to decide is the vice presidential candidate from a short list of names. But this is not the way it should be.

What is Clinton’s number one goal should she win the presidency? What will her climate policy look like? Will her foreign policy be different once she is in the top position? How does she intend to work with a broken Congress? The short answer is that no one but Clinton knows.

The United States is facing problems and it is clear the solutions are not going to come from Congress. The jobs crisis remains enormous. September’s job report was mixed, with the economy adding a less than average number of jobs. October’s report will be affected by the 17-day government shutdown. Five years after the Great Recession, millions remain unemployed or have stopped looking for work.

In creating a workforce for the 21st century, the United States lags behind its major competitors. A study of adults’ skills in the OECD countries released last month showed U.S. adults barely in the middle of the pack in literacy and closer to the bottom in number and technology related skills. It is common to read of U.S. children being significantly outperformed on international tests. Perhaps the initiatives launched under President Obama, such as Race to the Top, need more time, but more work needs to be done overall.

Obama often calls on Congress to join him in creating a plan to rebuild America’s roads and bridges, and to bring our infrastructure into the 21st century. Although some progress is being made in upgrading rail lines and improving roads, the energy infrastructure in the United States is still based on technology from the 60s and 70s and almost 14,000 dams are in danger of failing. Congress has so far proved unwilling to join Obama in making these critical investments.

Of course, the most difficult problem is the electoral system. With so many representatives gerrymandered into their seats, it is likely that any future Congress will remain just as deadlocked as the current one. The electoral math guru Nate Silver estimates there are only 35 seats in the House representing swing districts. Between lightning bolt shaped districts and ever increasing amounts of money, the U.S. electoral system increasingly fails to represent its people.

With a broken Congress, the United States needs a president who is able to articulate clear and effective plans for addressing these problems. Clinton probably has good ideas to address all these issues and Democrats will probably love them. But when Democrats are falling over themselves to declare unfailing loyalty before she even gets in the race, it becomes impossible to know if her ideas are the best. Rather than focused so heavily on personality, the emphasis should be on the benefits and drawbacks of policy proposals.

Another Clinton presidency would be great. Hillary Clinton is more likely to horse trade, cajole, and work with Congress to move legislation along than the Obama can with Speaker John Boehner. The glass ceiling would finally be shattered and America would move one step closer to full equality between men and women. But it is crucial that the Democrats keep an open mind and demand smart policies, not just Clinton policies. If they don’t, it could be the first step toward becoming like the Republican Party—one of no ideas and outsized personalities. And frankly, one of those is enough. 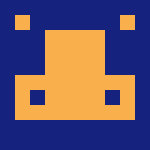