Everyone can use the F-word, as long as you’re for women’s rights 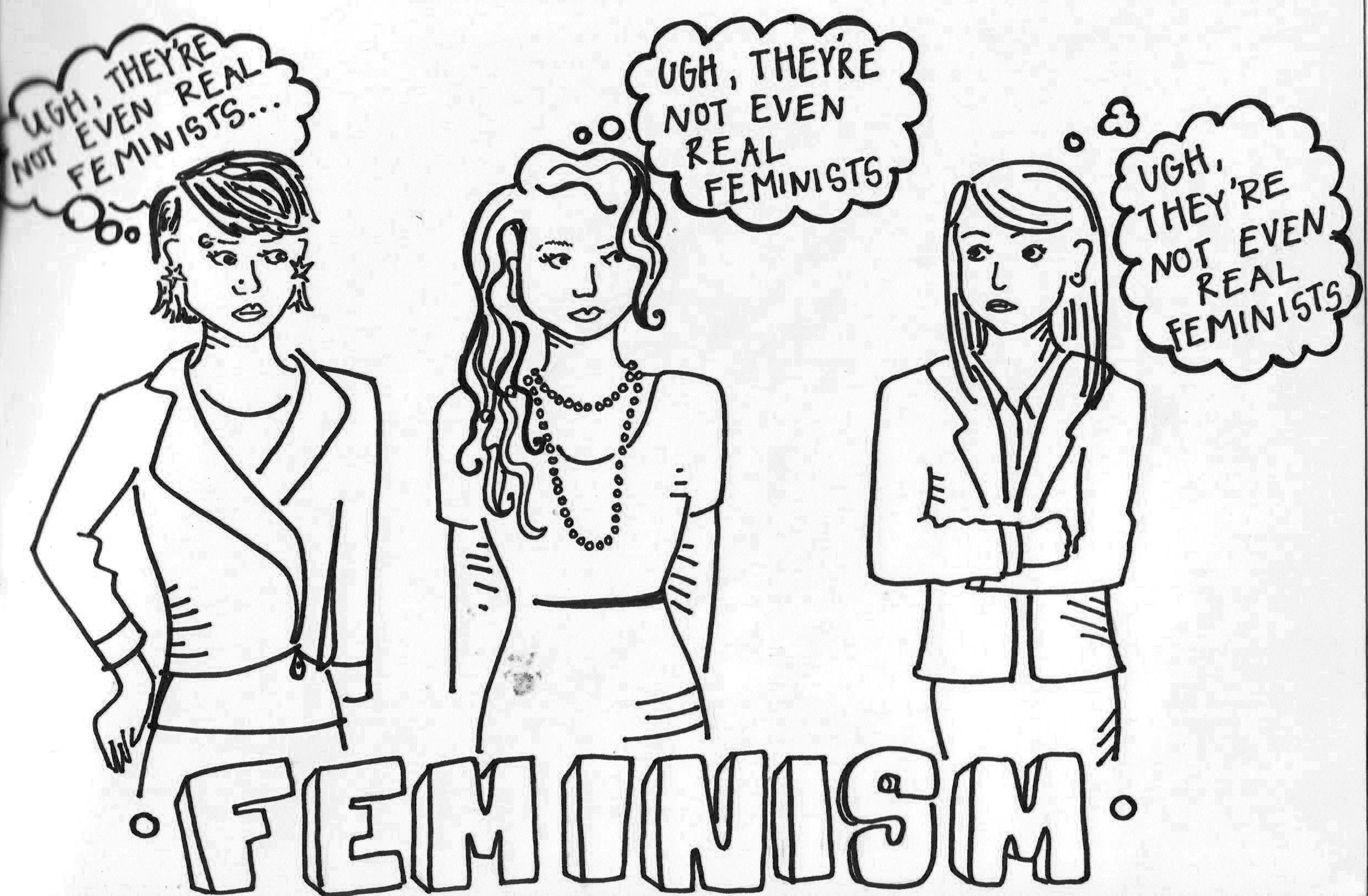 Feminism is a dirty word. It accuses and it undermines. It passes judgment. It makes me squirm when I hear it. Frankly, it’s a bitch.

I do not feel comfortable identifying myself as a feminist because my generation has a tendency to call practically anything feminism. A “feminist” initiative could mean anything from raising awareness about domestic violence to The Vagina Monologues to a networking group such as Georgetown University Women in Leadership posting a picture of Tina Fey in a suit on their Facebook page. These organizations span virtually the entire spectrum of the female experience, but I hesitate to describe most of them as feminism.

Being a woman on this campus is a strange phenomenon. As a female student at Georgetown, I have access to virtually unlimited academic and professional resources, yet I continue to deal with stereotyping and discrimination on almost a daily basis. My very presence here empowers me to pursue virtually any goal I choose, but I will still fall victim to male privilege at some point in my life, if not here then wherever life takes me outside the front gates. Feminism still plays a much-needed role in our society, even among a demographic as privileged as female Georgetown students. However, what passes as feminism often fails to support women in the ways they need it to when facing the challenges of womanhood in the 21st century.

When I declare myself a feminist it is as though I have backed myself into a corner. In mainstream society identifying yourself as a feminist has become a social obligation. But as soon as the words “I am a feminist” escape my lips, I brace myself for eye rolls and silent judgment because to the average listener the idea of feminism lumps together memories of power suits with shoulder pads and listicles with titles like “10 Things invented for Single Women.” When thought of in this way, feminism at its best is a useless jumble of incoherent rhetoric. At its worst, it is a laughingstock that undermines the very cause it advocates for.

That is not to say feminism should be a homogenous entity. It is impossible to define feminism simply because no two women are the same. The word feminism has as many definitions as there are women in the world. The only word that ought to describe the ideal female experience is choice. The right of a woman to choose her career, to choose her sexuality, to choose her partner, and to define for herself what beauty means all play a hand in shaping the female form that has befuddled both men and women for centuries.

The essential role individual choice plays in the definition of feminism highly complicates discerning between feminism and rhetoric. It is easy to say what feminism isn’t. But because each individual woman has the responsibility to decide what feminism means to her, merging these unique perspectives into an all-encompassing social movement will inevitably end with the same frayed patchwork quilt we have now.

Discernment should be the golden standard of feminism in the modern age. Organizations such as Georgetown University Women in Leadership, although they would gladly describe themselves as feminist organizations, actually do very little to empower women.  Planning events for privileged women to network with other privileged women does not qualify as feminism because it brings nothing new to the conversation.