City on a Hill: Cooperation, not gentrification

Talking about gentrification in D.C. has just about become passe. It’s not that young professionals and other high earners pushing long-standing District residents out of their neighborhoods is suddenly not trendy enough to be a big problem. It is, and by all measurements the problem is getting worse. But, the rhetoric has become tiresome because no one seems to have new ideas. Everyone pays lip service to the problem, but no one seems to know what to do about it.

In the District, gentrification is particularly pronounced. The statistics are troubling enough. The “Chocolate City,” whose black population peaked at 71 percent of the total in 1970, officially lost its black majority in the 2010 census, a symptom of the massive forced migration of poorer African Americans out of the increasingly expensive city and into surrounding areas like Prince George’s County in Maryland. Three D.C. zip codes rank among the top 20 fastest gentrifying in the country, according to a study by the Thomas B. Fordham Institute, and a recent study filed with the D.C. Tax Revision Commission asserts that 18 neighborhoods citywide can be considered gentrifying. While the changes often occur along racial lines, there are numerous examples in neighborhoods like Anacostia of wealthier black workers pushing out those at the bottom of the income spectrum.

Too often, statistics mask the human face of gentrification, the hundreds of thousands of families and individuals in this city alone who found their housing complexes unexpectedly razed to make room for luxury housing or have simply seen their rent and living expenses rise so high that they must relocate, costing them their neighbors, sense of community, and often their jobs.

It’s not that politicians are ignoring the problem. In fact, in D.C. and other major metro areas, it’s high on the list of campaign talking points. In New York, Bill de Blasio won the mayoral race playing on his “tale of two cities” theme, asserting (correctly, in my view) that the city had become a playground for the rich and famous while regular citizens were left dealing with rising costs, declining wages, and rapidly dwindling options. And here at home, the G-word has passed each mayoral candidate’s lips many times. Just last week, Councilmember Tommy Wells (D-Ward 6) said any deal to give D.C. United a new stadium at Buzzard Point must include affordable housing allocations.

Affordable housing is the most common solution. Government should use its zoning powers, politicians argue, to increase the number of affordable living quarters in a given municipality. Definitions of “affordable” and different regulatory schemes for enacting such proposals abound, but it’s plain to say that this is the stock response to gentrification.

What’s also obvious is that it isn’t working. In places like D.C. and New York, affordable housing allotments have failed to meet demand in their communities, and politicians are easily sold on new high-cost developments when real estate firms sweeten the pot with investments in other areas. Conservatives love to decry this failure as a classic symptom of market disruption, that if government gets out of the housing market it will naturally correct itself.  But that analysis is situated much too comfortably in the land of theoretical economics, intentionally separated from the immediate realities in gentrifying neighborhoods. In places like New York and D.C., housing prices have continued to rise even with massive booms in production, and it’s lunacy to think that simply allowing low income communities to be evicted from their longstanding homes in the name of the “free market” can be considered responsible public policy.

Fresh ideas are clearly needed. As often happens the old wine tastes better than the new: in 1955, New York passed the Limited-Profit Housing Companies Act, better known as Mitchell-Lama, which allows selected households to buy shares in their property at a discounted rate. In exchange for the bargain, shareholders are obligated to observe limits on the profits they can make from selling the shares over an extended period of time. Studies show that such arrangements can keep rents down without leaning heavily on zoning regulation, a weak tool in the face of the market forces propelling costs skyward.

Cooperative housing is unlikely to be a panacea for gentrification, at least in the short-term. Even in the most progressive cities, policymakers still too often swear by the conventional model of property ownership, and view an expansion in co-ops as a subversive challenge to the economic system that brought them to the top. Even in New York, Mitchell-Lama buildings are converting to market-rate apartments faster than new ones are being established. But, as more residents are forced out, it’s only a matter of time until we start to realize that tweaks to the housing system simply won’t solve the problem. Those thinking about combating gentrification need to think bigger, about how models of property ownership can be changed to make cities livable for everyone, and cooperative housing schemes are the best place to start.

Cooperate with Gavin at gbade@georgetownvoice.com. 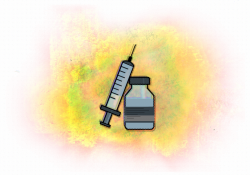