Only a few weeks ago, NBA fans everywhere were again forced to understand just how valuable draft picks and draft position is in today’s NBA. Certain franchises have realized that it is much easier to draft the next Kevin Durant than it is to convince him to come in as a free agent. In many ways, draft picks are so attractive to fans because no fans have been disappointed by the player that pick will become. Everyone knows that stars like Tony Parker are late first round picks, so they assume (contrary to stats that show the high failure rate for picks outside of the lottery) that the next star for their team is represented by some late first round pick conveyed to them after years of protection. It would comforting for a Chicago fan to know that stinginess around first round picks is why they received such a small haul from Cleveland for all-star Luol Deng.

Of course, that is not what motivated Chicago to trade Luol Deng to a division rival for an unprotected first round pick. Yes, Chicago’s front office is trying to tank now that Derrick Rose is out for the season, but management’s desire to cut costs is what made Luol Deng a Cavalier. Chicago had never been a tax paying team until recently. While the CBA was designed to make such a punitive luxury tax that super-teams would never be able to form, it has mostly served to punish penny-pinching or small market owners. The result for Cleveland appears to be mostly positive. Luol Deng’s ability to cut and move off the ball while serving as a competent secondary ball handler have made Kyrie Irving’s job much easier. But Deng has also shot the ball from the perimeter at an unsustainably well level. Deng is a very good two-way player—but he’s not this good. Nonetheless, the Cavs have gone from being a burning garbage pre-trade, to a somewhat respectable team. So there’s that.

But perhaps the more compelling tanking story lives in Chicago. As much as the cost-cutting cynicism of the Luol Deng trade may look like a white flag in Chicago, the Bulls actually have quite a few options, many of them quite exciting. Next year, Chicago should be able to bring over Nikola Mirotic, Montenegrin star for Real Madrid. He should be able to be a younger and (probably) better alternative to Carlos Boozer, who will likely be amnestied by Chicago sooner than later. If Chicago manages to be bad enough now, they may also play themselves into a lottery pick in the best draft in a decade. If they use that pick to fill one of their remaining wing spots, add Derrick Rose and Jimmy Butler, and Chicago has an exciting young core.

Alternatively, they could pursue Carmelo Anthony through free agency, using Mirotic as a fallback option. If they acquire Anthony, they will have a Rose-Butler-Anthony-Noah core, with a highly valuable lottery pick and Nikola Mirotic around as either attractive assets to add one more core piece, or valuable rotation contributors themselves.

Of course, standing in the way of all of this is Chicago’s brilliant yet thickheaded head coach, Tom Thibodeau. When Bulls management built a team so impossibly bad on the offensive side of the ball that the Bulls would have to get a lottery pick, Thibodeau decided to step up his insane coaching style. In a triple overtime thriller against Orlando that was utterly meaningless, Thibodeau decided to play Jimmy Butler 60 minutes. For those who aren’t good with math, that is equivalent to playing five consecutive regulation quarters without rest. Instead of getting in line with the plan, Thibs is basically making it his personal mission to send a big angry middle-finger to his bosses.

In a way, it isn’t really fair to blame the Milwaukee Bucks for how poorly this season has been. They built their team around a rim protector by signing him to what looked like a team-friendly four year deal. But this season has just been completely lost. Sanders was a huge success last year because he seemed to have gotten over his peculiar attitude issues. But this season, his attitude problems emerged anew making him a liability. An injury and a bar fight put Sanders in the dog house, despite the fact that he is the best player on the team. Yet amidst the depressing milieu of Brandon Jennings’s brick-laying pursuits, there are a few bright signs for Milwaukee. Giannis Antekantaqzakrputuo is a bright spot for the Bucks, looking every bit as athletic as everyone claimed. That being said, this team has a promising core that nonetheless needs a lot of work.

After playing the darlings of the NBA for a few early weeks, Philadelphia has become exactly as bad as everyone expected. Michael Carter-Williams is struggling with his shot again, and Evan Turner is no an all-star. That being said, Philly is a really well coached team with attractive assets for a contender. Thad Young has broken out this year as a go-to option, but he may very well get traded. At least the long term plan for Philly appears to be coming to fruition. Philadelphia managed to get a lot out of this year; they know that MCW is the point guard of the future, and that they have an exciting young core.

Utah is getting better and better with the addition of Trey Burke, but are still a terrible basketball team. Yet their plan is still working out well enough. Combine Utah’s young core and future picks, and you get a team that is bad enough to be playing according to plan.

Orlando has a nice core, but there are still quite a few problems around the roster. Nik Vucevic and Victor Oladipo both have the ability and production to play an integral role for a team in contention, but their fellow magicians seem miles behind. Arron Afflalo is good, but is far too old to be a part of the next good Orlando team. Victor Oladipo has shown flashes, and may not end up being a point guard at the end of the day.Unfortunately, he doesn’t have a whole lot of help. Sometimes it’s hard to figure out whether his struggles are caused by the lack of supporting talent or by an inability to play the point.

I promise you, the Lakers aren’t tanking, they’re just that bad.  Nick Young’s fight with Alex Len and Goran Dragic was by far the most entertaining moment for a team that relies of Kendall Marshall as a primary ball handler. After fighting with Len for no clear reason, Nick Young threw his teammates under the bus after the game, saying that he wouldn’t have fought if one of his teammates had backed him up. The bitter Cavs fan in me is laughing with the utmost joy at this point, watching the disaster that is the Lakers this season. In some ways this is exactly what LA gets for their erroneous belief that Kobe Bryant can be the highest paid player on a championship team. The important question for LA is whether or not they are going to be committed to the tank. LA has managed to create a terrible team, and may find themselves in position to have a top draft pick this year. Hopefully, LA will make the smart choice to actually develop the talent they draft, rather than go all-in on another season of over-the-hill Kobe Bryant. 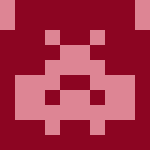 On analytics, Justin Turner, and how sports reflects society 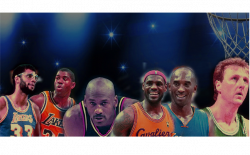