Due to safety and security concerns, all Georgetown study abroad programs held at the American University in Cairo will be suspended indefinitely, according to the University’s updated international travel policy, which was implemented in September 2012.

“The policy establishes institutional considerations to balance the educational value of participation in international activities with the potential risks,” wrote Craig Rinker, director of overseas studies, in an email to the Voice.

According to Rinker, any decision to reinstate the program will be made by a Travel Review Committee, a group of faculty members under the International Travel Policy that reviews and makes recommendations about student travel to Travel Warning Countries. The committee reviews information from governmental sources, such as the U.S. Department of State and the Centers for Disease Control and Prevention, and makes recommendations to the provost or appropriate executive vice president, who will decide whether to approve the program.

Daniel Byman, professor of the Security Studies Program in the SFS, affirms that conditions in Egypt could threaten the safety of students.

“The situation in Egypt is troubling and carries the risk of continued violence. So many factors are in play, it is difficult to offer any assurances that the country will become less violent,” he wrote in an email to the Voice.

However, Jenan Sheta (COL ‘15), a native of Egypt, says that concerns of danger are overstated.

“For the 19 years that I lived there, Cairo was safer than any other city I had been to. … The only thing that’s changed now is that certain few areas should at times be avoided, just as a precautionary measure,” she said. “You should not be deceived by the media.” 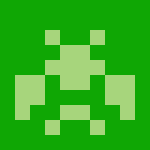