According to co-founder and Georgetown Chief Information Officer Lisa Davis, the club will provide coding classes to students, staff, and faculty, invite successful women in technology careers to speak to students, and reach out to local middle and high schools to teach coding.

“One of the things we have been doing over the last two years … is really focused on creating this culture of innovation and technology at Georgetown and changing the mindset of how we think of technology,” Davis said. “One of my passions … has been to promote women and young girls to be interested in STEM.”

Lisa Singh, co-founder of GU Women Who Code and associate professor in computer science, said that her interest in starting the club originated from her experiences with her computer science women’s group.

“A few years after I first joined Georgetown, I started a women’s group in the CS department. … I’ve always been excited that we have had this group, but it does not grow, because it is only the people who come into the major,” said Singh. “I always wanted to promote the idea that we really need to have students who are non-majors understand ideas that are related to computational thinking.”

Singh, one female professor of three out of 16 full-time professors in the computer science department, said that percentages of female math and computer science majors at Georgetown are below the national average. She estimated that it varied between ten and 25 percent each year.

Davis and Singh originally envisioned a group of ten to 12 people and have instead been overwhelmed by the volume of interest. According to Davis, they have received almost 150 emails of interest from students, faculty, and staff. Davis noted that men also expressed interest and will be permitted to participate, although the group is targeted toward women.

“We’re not going to turn anyone away,” Davis said. “[Yet], it may be more comfortable for guys to go over the computer science club since it already exists and is primarily males.”

“What we might consider if we get a large number of men interested in this is having two different groups that are more broad coding groups,” Singh said.

The Georgetown University Computer and Electronics Club disputed the description of their club. “GUCEC has a pretty even breakdown,” GUCEC Head of Program and Events Andrew Hian-Cheong (COL ’15) wrote in an email to the Voice. “I see the clubs being complementary, not mutually exclusive and I’d have a hard time seeing GUCEC as being more comfortable for one gender over the other.”

Besides skill training, Davis also plans for GU Women Who Code to give back to the community by teaching and generating interest in computer science for local middle and high school girls.

Although she and Singh are launching the club, Davis hopes that students will take charge so that she eventually can serve just as a “consultant.” Davis also stated that the University is discussing one-credit practical skills courses, including coding training, that could launch this summer.

Editor’s Note: The original version of this article stated that Singh was the only female professor in the computer department. She is one of three. 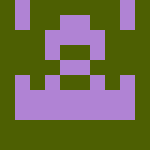