As Brazil 2014 fast approaches, Halftime thought it might be prudent to take a look at each of the 32 teams participating in the World Cup and assess possible lineups and chances of winning the tournament. Just to catch your interest in this first installment, we thought we’d preview the defending world and European champions, Spain. This is a daunting task considering the quality in Spain’s ranks. We struggled writing this. We can only imagine how the manager is feeling right about now. Spain dominated the 2010 World Cup as clear favorites, and swept Europe 2012 without deploying a striker. With their victory in Ukraine, Vincente del Bosque’s men became the first national side in history to win three major international tournaments in a row.

In short, they gon’ be good. Rul good.

HOW THEY WILL LINE UP:

While Real Madrid manager Carlo Ancelotti found it difficult to select a first choice goalkeeper this season, del Bosque certainly won’t lose any sleep. San Iker Casillas will certainly be headlining between the sticks when Spain return to South America. The Madrid captain has proven time and time again to be a key player for la furia roja.

The defensive lineup is a little more difficult to predict and will depend entirely on where Del Bosque plays Sergio Ramos. If Ramos reverts to his old position at right back, del Bosque will be hard pressed to find in-form center backs to take his place. It’s far more likely Ramos will star at the heart of the back line. In that case, Dani Carvajal will probably step in on the right flank. Jordi Alba is a sure thing on the left, but there remain question marks over who will fill the other CB position. Gerard Pique hasn’t turned in the towering performances this season that saw him become a staple in the 2010 national side. There are a myriad of names that could take his spot if Del Bosque sees fit to drop the Barcelona back to the bench. Marc Bartra, Pique’s Catalonian teammate could force his way in, but his youth and lack of international experience will make a lot of fans nervous. Perhaps a better choice would be Real Sociedad’s Inigo Martinez who has impressed under manager Jagoba Arraste. Martinez is young, smart, and has the potential to become Spain’s next defensive stalwart.

No man in the footballing world envies Del Bosque’s job in selecting the Spanish midfield. We here at Halftime are not even sure if we want to give it a go. Andres Iniesta is a shoe in, while teammate Cesc Fabregas isn’t going anywhere either. The rest of the bunch will depend completely on the style of play Del Bosque chooses. If he wants to play a more wing oriented game, Jesus Navas and Juan Mata should get the nod. If he chooses to play through the center, Isco, Javi Martinez, David Silva, Xabi Alonso, and Xavi will have to fight for the remaining spots.

Thankfully, Del Bosque’s prospects up top are fewer in number. Alvaro Negredo and should feel confident about his chances of getting on the plane. The real star attraction is the ever-controversial Diego Costa, who opted to play for Spain instead of his “native” Brazil. Costa will provide the much-needed firepower Spain so desperately lacked during the 2013 Confederations Cup.

HOW THEY SHOULD LINE UP:

Inigo Martinez should replace Gerard Pique in central defense. Pique has been less than stellar this season, and despite his historic reliability, has been virtually absent from Barcelona matches in recent weeks. Another name that might be considered is Real Madrid’s Nacho Fernandez, who at the age of 24 will want to jumpstart his senior career

The midfield is more difficult to speculate at. While some might consider it heretical to think so, Xavi’s time is done. The midfield maestro has been the driving force behind the Spanish midfield for six years now, and might be the finest central midfielder to ever play the game, but he can no longer last a full 90 minutes… or consecutive games. It’s time for him to make way. Deploying a five-man midfielder that features Fabregas and Iniesta in the middle, Mata and Navas on the wings, and Isco behind a solitary striker might be the way to go.

While Costa’s spot up top is probably a lock considering how hard Spain fought to win his allegiance, there are a few other names that could see game time. Of particular note is Benfica’s Rodrigo, formerly of Real Madrid. The Spanish forward is young and could be nurtured into quite the talent. Jese Rodriguez is also a fan favorite to board the jet to South America. The young Madrid forward has impressed since the new year, and many feel he warrants a spot on the roster. Jese would be fun to see play. What a story it would be if he really lit it up.

Some might point to Fernando Torres as possible cover… but those people should quietly get up and leave right now.

Spain are obvious contenders for the title. It’s entirely possible they’ll make history and extend their streak to four. Never before has a national side been quite so dominant. Maybe it’s because they’re so good, maybe it’s because the competition is sub-par, but anyone who writes them off probably hasn’t been around this sport for too long. 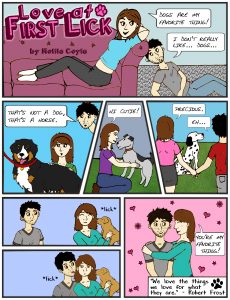