Cura personalis is dead: Traditional values in question on hilltop

If you attend a Jesuit institution you are bound to hear the same platitudes over and over again: “Men and Women for Others,” “Ad maiorem Dei gloriam” and, especially, “cura personalis.” That phrase is supposedly what sets the Georgetown community apart from everyone else.

I challenge the vast majority of students here, however, to actually live out a lifestyle of caring for the whole person, because right now cura personalis doesn’t exist at Georgetown. Instead, what dominates is cura ipsius: care of the self.

Of course, this doesn’t mean everyone at Georgetown is self-serving and arrogant. Nonetheless, in my experiences, I’ve been surrounded by far too many living cura ipsius than cura personalis.

Cura personalis would have you thinking that come Thursday, or Friday, or Saturday, Georgetown students would be looking towards enjoying simply the company of their friends, whatever that may entail, or using the down time to do something for others. That’s what the Jesuits will have you think, but the truth is the vast majority of students care about one thing and one thing only: alcohol and whatever may follow from a night of heavy  alcohol consumption.

I’m not criticizing the role alcohol plays in college lives, but when you elevate alcohol above friendships, you are bound to build friendships on a shaky foundation. I don’t drink because I love alcohol—I drink with my friends cause I love my friends. To the average Georgetown student, though, alcohol has trumped friendships. Friends come second, alcohol comes first.

I found this out very early on in my freshman year. Friends would literally run away from each other so that their ratios would be favorable to get into a party. What kind of Jesuit spirit is this?

I am not saying that this problem is exclusive to Georgetown. I am saying that this is a problem that college campuses face and it is a particular problem for a Jesuit Catholic school that boasts about its Jesuit values. This issue is obviously not the kind of stuff they have President DeGoia talking about in promotional videos—in fact, it’s inherently contradictory—but it’s a persistent problem.

I know I am not alone because as a leader on a popular freshman retreat, I have met so many wonderful people who feel the same way. These people, like myself, feel like they are drowning in the superficiality of the many relationships they have made in their first year of school. It is hard for those who seek more meaningful relationships to really feel at home on a campus full of superficiality and exclusivity.

The tipping point for me came last month. I went home for the funeral of a high school friend’s father. I knew I had to be there for my friend, no matter the sacrifice. So to make up for the most important class I would miss, I asked if the professor could send an email to the class asking me for notes. He sent out the email on Monday, but I received no notes, so I sent out another email to the class on Thursday. Not a single person had the decency to send me any notes.

This is a real problem if President John DeGioia, Fr. Kevin O’Brien, the Jesuits and anyone else pushing Georgetown really want to convince prospective students that what helps Georgetown stand out is the culture of men and women being there for one another. As of right now, these Jesuit platitudes are dead in Georgetown culture. 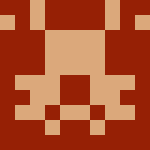 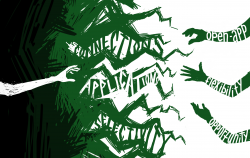 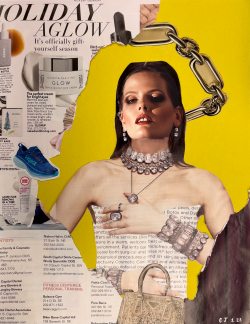 You use the argument that Freshmen ran away from their “friends” to get a better ratio. I highly doubt that you actually considered the few people you conversed with due to geography your real friends, or that they considered you a real friend as well. Out of the one hundred people I met Freshman year I maybe still hang out with two of them.

On the charge that no one had the decency to send you class notes, I would like to suggest that instead it is probably because of the herd mentality. I have refrained from sending notes to people because I assume a few people already have and I don’t want to flood their inbox. If everyone takes this approach, then obviously no notes will be sent.

Anyway, I think this is a pretty harsh judgment of Georgetown considering most people are highly studious and involved people when they aren’t drinking. Everyone needs to unwind, but suggesting that it is our number one priority is ridiculous. Do you drink on the weekends? Do you go out and do service to others when you’re drunk? Probably not. It’s not fair to judge people based on their evenings out.

This kid is such a hypocrite. Because he couldn’t get class notes he projects his problems on every student in the university. Talk about selfish.

Hi, I’m glad you liked my article.
First off, that doesn’t make me a hypocrite.
Secondly, it wasn’t a problem of mine whatsoever. I did very well on the test (in fact I got the best grade in the class).
Third, I don’t think selfish is the right word, considering I wrote this article because I want Georgetown to be a school where people are anything but selfish. In my two years at Georgetown, I’ve done my best to see that happen.
Fourth, the notes are just a small example of my larger point.
Again, I’m glad you enjoyed my article!

Cura sui would be a better Latin title for what you are trying to express here. Classical education is not what it used to be . . . even at illustrious Georgetown . . .

My years as a college professor, and my experience at Jesuit colleges, suggests to me that college dormitories nearly everywhere have become brothers. Jesuits, like Quakers or Lutherans or Methodists or Mennonites or Presbyterians, are nearly powerless in the face of the sexualities consumer culture that encourages college students to pursue axe at any price, and that makes it nearly impossible to establish rules — remember those? — which might put a damper on this hyper-sexualized and hyper-inebriated culture–rules that might further open up some breathing room for students who just want to relax, study, hang out with friends, or even engage in service. This culture strangles such students. It’s not the Jesuits’ fault–nearly all church-related colleges face the problem of communicating their values in the wilderness of American late adolescence. If it’s any condolence, this problem and this culture also predates the Jesuits by a good 300 years.

OSA Priest again..I didn’t realize how my post was filled with typos. I mean “sexualized consumer culture” and “pursue sex at any price” (though of lot of Axe in indeed involved). Apologies for my sloppy typing. I should stick to physics.