Who ever thought Ultimate Frisbee would enter the big leagues? A few years ago, it was questioned whether it should even be considered a sport. Now you can catch your college competing in the Ultimate Frisbee Championship on ESPN. The sport combines elements of soccer and football, resulting in a showcase of pure athleticism and talent. Since its initiation, Ultimate has been a self-governed sport on the field; There are no referees. Rather, officiating depends on the sportsmanship of the competitors. To put it plainly: the athletes are both players and referees. This standard of honesty and self-accountability has flourished and contributed to the essence of Ultimate. What started as a hippie sport, has continued to remain true to its roots by emphasizing the value of sportsmanship, and has gained recognition by both sports commentators and economists.

The commotion began in 1968 with Joel Silver, a graduate of Lafayette College, who suggested the initiation of a Frisbee team. What started as an “ultimate game experience” soon assumed a life of its own. The very first Ultimate Frisbee competition was held at the Rutgers New Brunswick campus on November 6, 1972, pitting the Scarlet Knights against Princeton. No referees were present at this competition, and the game has continued to stand on this principle.

The game starts in a similar fashion to football, with one team ‘kicking-off’ to the other. The field is approximately the size of a football field, with two endzones. The goal of the game is for one team to catch the frisbee in the other team’s endzone. A player cannot run with the disc, instead he or she must stop and throw to a fellow teammate. The disc moves down the field, being tossed from one teammate to the next.

More can be said about the rules of the Ultimate, but the most fascinating element is the lack of referees. From its very initiation, Ultimate Frisbee has been played without an official. The rulebook, although the most recited piece of literature within Ultimate, does not serve as a substitute for a referee. Instead, the rulebook contains a set of guidelines which determine how play may continue. The players are the referees.

A competitive environment is a breeding zone for heated and violent arguments, which is why referees are seen as a necessity. However, because the rulebook for Ultimate Frisbee puts a high emphasis on the value of sportsmanship and accountability, this sport only creates an environment for friendly competition.

The Introductory paragraph of the Ultimate Frisbee Rule Book states:

“Often a player is in a position to gain an advantage by committing an infraction, but that player is morally bound to abide by the rules. The integrity of Ultimate depends on each player’s responsibility to uphold the Spirit of the Game, and this responsibility should remain paramount.”

It is the element of self-accountability within the sport of Ultimate Frisbee that has generated a fascination among many economists. Just within the year of 2013, articles from TIME Magazine, The Economist, The New York Times have investigated the unique qualities of this sport; attempting to investigate the cause for such popularity. NPR and Freakanomics radio have also presented stories concerning the subsequent and underlying message relayed with the notability of this sport.

Economists contemplate the various economic possibilities associated with this form of behavior, and how this might impact the general population. Meanwhile, reporters admire the rapid increase in Ultimate Frisbee players. This sport has discovered a healthy balance between competition and sportsmanship. Having gained much ground, Ultimate Frisbee appears to be on a steady upward trend.

However, as this sport continues to grow in popularity, the level of competition has reached professional and master levels. This high level of ambition has resulted in the installment of “Observers”, who are present for the game to merely act as mediators. “Observers” appear as referees, but do not call ‘fouls’ or ‘travels’, and are only used during semi-final and final games for highly competitive tournaments. However, talk of including referees for professional games has been circulating throughout the Ultimate world. As the sport evolves, referees have the potential to become a standard. Will this sport maintain its own sense of individuality if referees are introduced? Such questions will form and shape the future of Ultimate Frisbee. 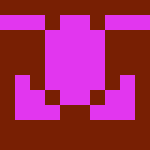 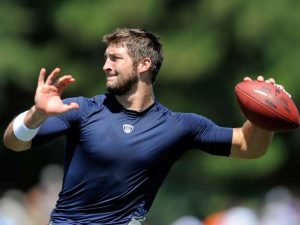