The win streak ended at 12 on March 24, as the Montreal Canadiens took down the Bruins in a shootout.  Boston has stumbled slightly since then, falling in two consecutive shootouts after going almost the entire month of March without losing.  Still they remain atop the league standings, 3 points ahead of the resurgent Anaheim Ducks.  The leaders of the race for the Presidents Trophy have found a rhythm just in time for the Stanley Cup Playoffs, a development which should scare the rest of the league.  Boston is a team built for the playoffs, with incredible depth, organization and goaltending.

The most important component for their recent success lies in the crease.  The Bruins boast the likely Vezina Trophy winner in Tukka Rask.  Rask leads all goalies with his 7 shutouts on the season.  Beyond that, he is 5th in the NHL in goals against at 2.06 a game and he sits in 2nd in the league with his .929 save percentage.  If the successes of the past few years have anything to teach us, it is that a hot goaltender can steal games, even entire series, for his team.  Whether it be Corey Crawford and the Blackhawks year ago, Jonathan Quick and the Kings before that, or Tim Thomas and the Bruins themselves three seasons ago, the team whose goalie plays best usually ends up taking home the Stanley Cup.  That should give hope to Bruins fans this year, as Rask has emerged as the best goalie in the NHL over the past few months.

The formula that the Bruins used to win their Stanley Cup in 2010 is simple: put well-organized, disciplined forwards capable of playing both ways in front of a shut-down defense.  And then anchor everything with stellar goaltending.  It worked for the Bruins then, and the Kings replicated it to precision the following year.  Only the offensive fireworks and clutch goaltending of the Chicago Blackhawks prevented the Bruins from again taking this road map to victory last year. This is the system which Clause Julien has developed, and he has the perfect players for it.

Patrice Bergeron plays the two-way forward role brilliantly. He won the Selke Award for best defensive forward in 2010, and he looks like a leading contender to take home that trophy again this year.  Beyond that, Bergeron’s 58.5 faceoff percentage is third best in the NHL.  But do not get the idea that he is a defensive specialist.  This year his 61 points put him tied for second on the team, behind only David Krecji.  He scores goals often and in important moments, as 7 of his 29 on the year have won games for his team.  Bergeron stands out among forwards as an elite scorer, playmaker, defender and faceoff man.  Yet he may still be overlooked.  Even though he is 2nd in the NHL in plus-minus with a plus-37, the Bruins can boast three other forwards in the top-5 of that category.  David Krecji leads the league, followed by Bergeron, Brad Marchand and Jarome Iginla, broken only by the presence of the Kings’ Anze Kopitar in 4th.  In a system as effective as Julien’s, the individual sometimes gets lost, which is a shame, because Bergeron deserves any recognition he receives and more.

While players like Bergeron are among the best in the league, the Bruins do not overwhelm teams with individual talent.  Their best skaters: Krecji, Bergeron, Marchand and Iginla, quietly fulfill their roles.  Only occasionally will one be reminded of their skill, and this moment of brilliance could just as easily come from the top line center as from a young defenseman like Torey Krug or an aging legend like Jarome Iginla.  With the gargantuan exception of Zdeno Chara, this team’s stars will rarely attract the attention of the casual fan.  Boston cannot claim to have skater in the top-25 for points (Krecji is 26th with 67 on the year), yet they are 3rd in points per game among all NHL teams.  This depth in scoring as well as on defense- the recent winning streak began after the team lost two of their better defensemen to injuries in Dennis Seidenberg and Adam McQuaid- will prove crucial for a deep run into the playoffs.  When players start going down with injuries and half the team is playing through broken legs, having an extra forward who has contributed regularly during the season will start to look less like a luxury.

Last year, Gregory Campbell broke his tibia blocking a slapshot, then proceeded to finish out his shift before dragging his useless leg off the ice.  This identity, common in hockey, has been embraced by the Bruins.  They are a team of skill, but more importantly, they are a team of incredible dedication and depth.  They have Rask and Chara and Krecji and Bergeron, but they also have rookies like Carl Soderberg, who has come from nowhere to contribute 46 points on the year.  With some new additions and a few key losses over the offseason, it took some time for the team to work out the system early in the year, but the team has come together in perfect time for the postseason.  The Bruins know how to win the Stanley Cup, and they have the players to do it.  Now it just comes down to execution, and sometimes, whichever way the puck decides to bounce. 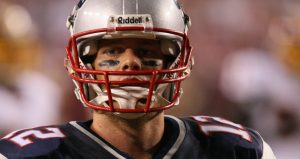