Sports, for a variety of reasons, have always meant a lot to me. As the child of first generation immigrants, watching sports represented joining American culture. My parents weren’t really interested, and so I spent most of my early years pouring over newspapers, learning as much as possible about players that I had never seen. I formed an emotional connection with the first players I read about, and whenever they retire I feel a genuine emotional loss. These players include those as famous as Mariano Rivera and Jorge Posada, but also athletes like Chad Pennington and Laveranues Coles who are ultimately historically irrelevant. But not one single player’s retirement will mean as much to me as Martin Brodeur’s.

Brodeur statistically is one of the greatest goaltenders in NHL history. A quick glance through his career reveals a long list of records and championships in his 21 years with the Devils. But that’s not why he’s so special– as someone who grew up in the New York area, I was surrounded by players who were statistically significant. It’s also not just because of his extended tenure with the Devils– he lives in Jeter territory, arguably the most famous one-team player of our generation. What makes Brodeur so special is that he belonged to a community.

The Devils are the only team to brand themselves as a New Jersey franchise, despite the several teams that play in the state. Perhaps this is because the Devils have never seen themselves as a team to be over commercialized, but instead one followed by a constant loyal fanbase. It’s for this reason that Brodeur meant so much to his fans– there weren’t many of us. This is what separates him from Jeter or Rivera: as a Devils fan, and a Brodeur fan, you were part of a small community. In elementary school, when I said Brodeur was my favorite player, and the Devils were my favorite team, he became my player.

Brodeur retiring also signals the end of an era for the Devils, a period of 20 years where only the Red Wings were stronger. For the vast majority of this period of success, the Devils were defined by their defense. In fact many rule changes were instituted in the 2000s for the sole purpose of limiting the success of the Devil’s zone trap and Brodeur’s work behind the net. What Brodeur represents is an incredible achievement for a relatively small market team, which played at its peak in the Meadowlands, literally a swamp, and remained relevant for decades. What he leaves is a team that is now offensively focused, and with the recent loss of Zach Parise, without a figurehead.

I hope that Brodeur doesn’t play for a different team– I think that seeing the 42-year-old in a different uniform would just feel wrong. When he retires he’ll be missed because he represented so much more than a hockey team. He represented a community. 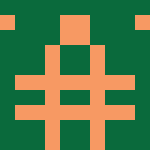 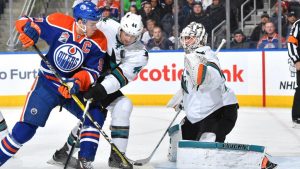