Got 99 problems and one percent feminism is all of them

On April 12, Georgetown University’s Women in Leadership hosted their inaugural Own It Summit. Tickets for the event sold out within 24 hours, hundreds of students and community members attended and a host of impressive speakers participated in panels and workshops. Despite these remarkable achievements, I would not call the Own It Summit a complete success. While this event certainly did empower female leaders, it also left out a significant number of voices in promoting a narrow view of what kind of woman we talk about when we discuss female leadership and success.

It needs to be acknowledged that this event had several barriers to entry that prevented the summit from being accessible to everyone. The $20 entry fee was an economic barrier for many lower-income students and women, and while there were scholarships offered, it is still likely that this fee was a deterrent for some. The entry fee also sent the message, whether intentional or otherwise, that this was an event for women with the means to pay an entrance fee.

The racial makeup of both the event organizers and panelists was also strongly biased towards the perspectives of white women. While women of color did participate, eight of the ten student organizers were white, and 17 out of the 24 panelists were white. It is possible that the event planners made a conscious effort to include a diverse array of voices, but when a space is so dominated by the perspectives of white women, it reinforces the larger structural dynamic that white voices matter more than voices of color.

These dynamics of race and class impacted the perception of the event, as well as those who felt comfortable attending and participating. I spoke with many friends who decided not to attend the summit because they felt their voices and perspectives would not be adequately represented. One friend, who did attend, left after the first hour, saying, “I didn’t feel that a lot of the topics I engage with when I talk about feminism, like class struggles that affect women, labor rights, and race in particular, were being addressed at all.” She went on to say, ”I sensed that the conference would be talking about your more typical ‘Lean In’ and one-percent feminism, which in my opinion is inherently oppressive and exclusive of the large percentage of women who really do need to be talked about when we talk about gender discrimination.” “One-percent feminism” is generally defined as feminism that focuses mainly on the needs of white, socioeconomically privileged women pursuing more traditional kinds of success.

Any event on campus that aims to further women’s leadership and empowerment needs to better represent the voices of all women. While I am a white woman, racism and racial politics in the workplace matter to me because dismantling racism and supporting my fellow women matters to me. An optional session during the summit on “Women of Color” is not sufficient because everyone should hear the voices of women of color, not just the few who choose to listen.

Similarly, focusing on traditional ideas of high-powered success is not sufficient, as it does not include or acknowledge the realities and struggles of working class and poor women. In the fight for gender justice we cannot just be concerned with the struggles of women who occupy space within mainstream, socioeconomically privileged feminism. Fighting for a national living wage and fair conditions in the workplace is as important to me as fighting for my own fair pay, and that should be reflected in all feminist spaces.

Transwomen also need to be engaged in these conversations, as they face unique struggles in the workplace that should be of concern to every person who claims to support the empowerment of women. Any event that supports women’s leadership needs to include the varied perspectives of women of color, poor and working class women, transwomen, and all the other women whose voices were not heard or adequately represented by the Own It Summit. Without these voices, our movement will only support women who are already privileged in many other areas of their lives. To achieve true justice and support all women, we need to engage and listen to voices that the GUWIL Own It Summit did not represent. 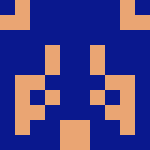 I too identify as a feminist but I find this critique incredibly disappointing. You seem to have missed the point of the event.

As a male that attended this event, I am sincerely disappointed by this piece. There are a couple of points I would like to make if I may.

1) “17 out of the 24 panelists were white” – The census 2010 data says that 36% of the population are minorities. The fact that 30% of the panelists were minorities is actually pretty good. The organizers clearly made an effort to be as inclusive as possible. Unfortunately the professional world is heavily biased and pre-dominantly white. The unfortunate questions arises: How many black female executives are there? The team did a great at trying to represent all minorities in a difficult situation.

2) “Transwomen also need to be engaged in these conversations” – Apologies if this is blunt. Is there a list of 100 items that a ONE day conference must address? The scope of this conference was women in leadership and empowerment of women. It did an excellent job at addressing this important issue. This is not to say that the plight of transwomen is not important.

3) Finally, the tone of this piece is unfortunate. There is a difference between attacking this “lean in” feminism and going after the organizers for being bad “feminists”. GUWIL is a group of exceptional young women working their asses off to empower women to succeed in an often adversarial world.

I want to congratulate the GUWIL team on a great conference. I sincerely enjoyed the discourse and learned a ton. Great job!

Concerned summed up the problems with this piece very well. Why is it that there must be good and bad feminists? Sure, there are thousands of different experiences and numerous kinds of feminism but in what world does one women discrediting another do anyone any good? It’s unfortunate that you don’t see how your narrow vision directly contradicts what you preach.

“There is a special place in hell for women who don’t help other women,” though based on the tone of this article I’m certain that you’ll find a problem with this statement too.