Like their name suggests, everything about a Neon Trees concert is dazzlingly bright. From lead singer Tyler Glenn’s glittery boots to Branden Campbell’s rhinestone studded bass guitar, there’s no shortage of onstage flash. What’s even more impressive is the band members have the energy to match, playing like it’s their first or last live show ever.

While last Sunday’s concert at the 9:30 Club wasn’t their last show ever, it was the last show on the Trees’ Pop Psychology Tour, a two-month excursion through North America featuring music from their eponymous 2014 album. The band mixed songs from past albums with those of their most recent release for a balanced set list. The result was a reminder of just how well the members of Neon Trees have stayed true to themselves and their music despite their rousing success.

The fans certainly appreciate that integrity and are keen to support the group however they can. When Neon Trees made the announcement that they’d be a shooting a video in the club and would be playing “Text Me in the Morning” five times in a row, no one in the pit seemed to mind in the slightest. As the band performed the song and shot confetti into the crowd for the second, third, and fourth times, the audience blew up just as loud as they had on the initial take.

Smallpools followed closely after the video shoot and made a good impression on a crowd who already tasted of the main attraction. Formed in 2013, the band is on a straight path to stardom after its first single, “Dreaming,” charted at number one on popular music blog, The Hype Machine, and was featured on the soundtrack for EA Sports’ FIFA 14. While only four songs have been released off their self-title EP, the openers played a few tracks from an upcoming album including “Killer Whales” and “Dying to Live.” They were excited to be on stage, throwing inflatable whales into the audience, playing with their ceramic “pet” dogs, and laughing along with the Neon Trees when the headliners hijacked the sound system and played DJ Snake and Lil Jon’s “Turn Down for What.”

Once Smallpools made way for the main act, the audience went ballistic, excited to hear a different song than the one that had been played for them five times before. The band didn’t disappoint, switching things up with songs like “Lessons in Love” and “I Love You (But I Hate Your Friends).” The throwbacks integrated in with the new songs so well that casual fans in the club probably couldn’t have guessed which years which songs were released. The drums were still fast, the mood was still light, and the lyrics were still easily accessible. The band’s consistency made for a seamless concert experience.

As the show wore on, the divide between Glenn as a performer and as a man became more apparent. The Singer’s manner between songs was slightly aloof as he held the mic close to his face and spoke in low tones. It was when the music started to play that the frontman came to life, spinning his way across the stage, interacting with fans, and doubling over to punch home a musical climax. The contrast was unexpected, but exciting nonetheless.

Perhaps feeling a little nostalgic on the last night of the tour, the California native took time between songs to talk about his personal journey overt the past few years. The singer admitted that he had lived a good portion of his life inside of his own head. He touched on how proud he was that a gay man could perform across America, saying, “I’m 30 years old and I’m happy in my own skin. I’m gay, and I love music. It really means a lot that crowds across this nation are okay with [me being gay].”

Glenn and company decided to end their two months together not with one of their more popular hits, but with the very last song on Pop Psychology, “First Things First.” The opening words of the final song are, “You are never gonna get everything you want in this world/First things first, get what you deserve.”

It was a calculated way to end the show. On the one hand, the song communicated a feel good message for younger and older fans alike. On the other, it seemed like a promise that the band hasn’t forgotten what it takes to reach success. It was a stark reminder that behind the brightness, the dazzle, and the flash, is a group of people who are committed to growing musically and staying loyal to their listeners. 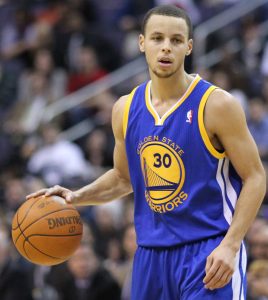 The Art of the Sentence 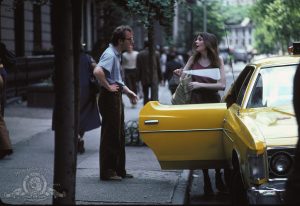