For Hoyas receiving financial aid, there was a bright spot to be found amid the grime and whine of construction activity that greeted them on campus: GUSA helped secure four years of on-campus housing eligibility for students with high financial need, partly due to the looming requirement of the addition of 385 new beds to campus by fall 2015 as per the 2010 Campus Plan. The new policy, announced last Wednesday, is expected to take effect before students can sign up for 2015-2016 housing eligibility in October.

GUSA President Trevor Tezel explained that, in years prior, returning students whose financial aid packages covered housing costs could be denied eligibility to live on campus due to an absence of available beds. “The issue came to my attention, and was included on my election platform because I have a friend who was in that exact situation, in which they were really counting on getting on-campus housing but weren’t eligible, and it really caused them to … freak out,” said Tezel.

Missy Foy (COL ‘03), executive director of the Georgetown Scholarship Program, noted that there was only so much administrators could do in the event that a student with high financial need was denied housing eligibility. “We’d see quite a number of students very concerned and sometimes in a total panic about having to seek housing on a budget at the last minute,” she said. “We’d lend moral support and often make some desperate phone calls to see if there’d be movement on the waitlist.”

The housing guarantee came out of talks between GUSA, the Office of Residential Life, and the Office of Student Financial Services that took place over the summer. Support for the new policy existed across the board, according to GUSA Vice President Omika Jikaria. “We just needed to get everyone from the various offices in a room and say, ‘What are the logistics of this?’” she said.

Tezel characterized the new policy as “righting a wrong” on the part of the University. Foy, on the other hand, viewed the change a little differently. “The great thing about this new policy is that it’s proactive and not reactive,” said Foy. “I think the reality is that many systems at Georgetown are not bad in their intent but perhaps require that all of us—students, professors, and administrators— look at thoughtfully and ask, ‘Are we serving all students with this policy? Or does this only serve a particular demographic?’”

Correction: A previous version of this article included a misspelling of Jikaria and accidentally indicated Foy’s graduation year as ’13 instead of ’03. The article has been updated to correct these errors. 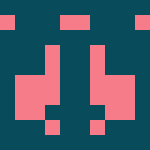 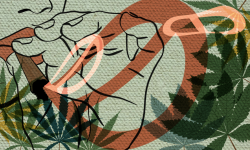