”Play with me!”—these three innocent words, distorted by the seductively twisted smile and a slight nod of the head to the back door of the restaurant were enough to send chills down my spine and forever color my opinion of working in the food service industry. Waking up everyday this summer for work at seven in the morning for an eight hour shift was hell in itself. Having to deal with customers, co-workers, and even superiors making lewd comments and suggestions at me on the job certainly didn’t make the summer any better.

Finding a job this summer was probably one of the most difficult tasks I’ve ever dealt with. The labor market has made it almost impossible for even the most educated people to find temporary work, because employers are only willing to invest in a candidate they don’t have to waste resources on—i.e. two days of training. Thus, after a few rejections from jobs as a cash register clerk in grocery stores for lack of experience, I was ecstatic to have finally been offered a position at my all-time favorite restaurant back home. Moreover, I was willing to do whatever it took to keep that job, so that I could finally become financially independent.

My excitement was short-lived, however, because it only took a week for indecent behavior from my co-workers and customers to begin. And, after having quit my first job, for feeling incredibly uncomfortable and even being followed to my car at one point late in the night, I was desperate to not lose another one. As a result, I chose to ignore the comments— the classic: “Hey girl, what are you doing tonight?”; the forward: “You’re so fucking hot, and you know it”; the creepy: “Let’s just go out back and make out.”

What these co-workers didn’t quite understand is a sentiment that I’m sure many women in the workplace feel: such comments aren’t flattering. I value hard work and respect, and thus, these remarks didn’t make me feel better about myself. Rather, I began to feel like I had been devalued to a mere object that was more worth as something to be gawked at than all the dedication and effort I could offer to the business.

What’s worse: I began to feed into the attention. I’d start to wonder why, on an off day, a fellow employee wouldn’t approach me, or why I hadn’t been asked if I had a boyfriend for the ten millionth time. And, other women at the restaurant started to act the same way. After trying to investigate whether my female co-workers had been experiencing sexual harassment—the answer, accompanied by a little hair flipping and a smirk, was unfortunately, “Oh yeah, that’s normal. It happens all the time. He does that to me too.”

I’m sorry ladies, but that’s not acceptable. I have no regrets for not quitting, because I shouldn’t have needed to quit. What I do regret, however, is escaping the situation rather than speaking out and making the co-workers who harassed me face the consequences of their actions. Granted, it took me a while to even realize that I had been sexually harassed. But, go ahead and take a tip from me: don’t wait to have your ass grabbed three times by different co-workers to start saying something. Furthermore, don’t encourage this kind of behavior by passively calling it “normal” or even allowing it, in some sort of twisted way, to make you feel better about yourself.

For all women who, out of desperation, choose to keep their job despite inappropriate behavior at the workplace, its about time to stop beating around the bush: sexual harassment in even its mildest form—a comment that just barely crosses the line, a remark that is distracting to one’s job—is unacceptable and has to be dealt with.

Women who experience sexual harassment at work should recognize that they aren’t part of the problem, but could very well be part of the solution. It doesn’t matter what you’re wearing, or whether you have makeup on, or even if you are, god forbid, well-endowed. It doesn’t matter whether you are scared of other employees thinking you are a bitch or  unapproachable. Owning yourself and threatening to tell the manager about a co-worker that is pressuring you to do something you aren’t comfortable with is not only a must, but also the right thing to do– for yourself and for others.

There’s an incredibly unhealthy attitude circulating around on sexual harassment, and it has a lot to do with passivity. Don’t be indifferent anymore; be active. In a way, I’m almost glad that I was able to experience what I did, because my attitude on how others ought to treat me has changed a lot, for the better. So, next time some jerk tells you that he just “wants to play,” tell him he can just go play with himself. 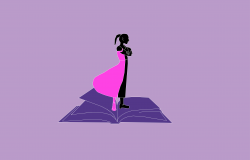