In an age of connectivity, connections are harder to make than ever

A few years ago, I began realizing how casually certain words are used in our culture. It began with the word “love.”

In high school, girls I hardly spent time with would post pictures with me on social media sites accompanied by overly compassionate captions. “Love this girl!!! <3,” they would proclaim. At the end of Governor’s School, a five-week academic camp, my fellow campers hugged me, cried, and told me how much they loved me and were going to miss me.

For the longest time, I thought I was heartless for not reciprocating. I thought that the discomfort I felt when saying the word was due to the fact that I was a cold and calculative person—my peers, and even a teacher in middle school, told me so. Then again, I can understand how they had developed that idea. I was a cutthroat student who didn’t have any patience for nonsense.

The word “love” holds a lot of weight for me, and I don’t throw it around in the hopes of fitting in or making a certain kind of impression. The same goes for the word “friend.” I found myself casually using that word throughout freshman year. As I reflected on my year after finals, I realized that I didn’t have many friends at Georgetown.

I don’t think most people question the use of “friend” as much as “love” because it’s simply a great label. It’s short and doesn’t require much context during casual conversations. According to the dictionary, a friend is anyone ranging from an individual in your social network to someone who you even remotely like. I found these definitions unsatisfying because, to me, a friend is so much more than that.

A plethora of childhood traumas have played a role in constructing my seemingly callous perceptions about people, love, and relationships. I was lonely for much of my adolescence. My smiles and sociable behavior were all a disguise covering up the depths of my depression for much of middle school and high school. I made my first real friends toward the end of high school. We were a group of four girls that laughed together, cried together, and talked all night—even cherishing each other’s presence quietly when words were not enough. Somehow, we were all able to look past the façades and see each other for who we really were.

In the fall of 2013, I was making my way to Georgetown, while my three best friends were on their way to the University of North Carolina at Chapel Hill. I felt lost and lonely again, surrounded by people in search of friends and putting on fronts to fit in. I was one of them. I, too, hoped to find something substantial in my relationships with fellow Hoyas when going out on the weekends. I wore short skirts and put on makeup, like the rest of the girls going out. I took cute pictures so my social network could know how much fun I was having, when, in reality, I felt even more lonely as my first semester progressed.

I do not believe the dictionary has the correct definition of “friend.” These people in my social network, and even the people I remotely liked at Georgetown, are not my friends. They are just people I knew. They were, and many still are, acquaintances. I felt nothing special when we hung out on weekend nights.

“Friend” is an easy word to use, but I now hold it to a higher standard. To me, friendship is more than simple affection toward someone. It is knowing and understanding someone. It means feeling their pain, caring for them, protecting them, and being there for them.

Because of the hollow use of words such as “love” and “friends,” I have a hard time trusting what people say. I rely on my judgments about an individual’s character and intentions through careful study of body language and behavior over a long period of time.

Recently, I have been tying these two words together. Both are heavy to me, weighed down by strong emotion. I have very few friends and a large crowd of acquaintances. But I can honestly say I love the friends I do have. It takes a very long time for me to get to that level with someone. I have met some amazing people at Georgetown, and I hope to continue meeting and getting to know all of these great people.

Maybe one day, I will be able to call at least a handful of them my friends. 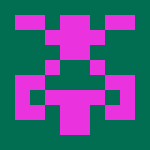 With a snap of my fingers