Ladies and Gentlemen: we have our American and National League Champions, our pennant winners, our pageant finalists if you will. The Giants play tonight in Kansas City for Game 1. Let’s take a look back:

And we’ll never be Royals…

Fun fact: the song “Royals” by Lorde was inspired by a photo of legendary baseball player George Brett in his Royals uniform. “Royals” is actually about the Royals. To that end, Bay Area radio stations have pulled the song almost universally and Kansas City stations have started playing it every hour, on the hour. I almost feel bad for Baltimore; goodness knows they didn’t play badly, they just didn’t play as well, losing games by two runs and one run twice each. Kansas City, to their immense credit, is owning their “smallball” moniker, handling often overlooked areas of play like defense and middle relief with startling precision. Bloop singles do not exist against the Royals, and you’d be surprised how big an edge that is. The infield in particular—led by second baseman Lorenzo Cain and third baseman Mike Moustakas- has done an excellent job at ranging back and stopping balls from going into the outfield. The bullpen was also amazing in the ALCS:  the combination of Kelvin Herrera, Greg Holland, and Wade Davis had a combined ERA of 1.13. That’s two runs over 16 innings. Best of luck beating that.

Kansas City has now won ten straight, including the first nine games of the postseason, a new record. They are the ultimate Cinderella story and everybody, I mean everybody, who follows baseball from outside the Bay Area is rooting for them. Hell, half of them in the Bay Area are too (I’m looking at you, A’s fans). And thanks to them, this author is now ten dollars richer.

I’m pulling for the Royals. But…

Obvious music puns aside, the Giants are a very good team. Not as well-rounded as the Royals but very, very potent offensively. More importantly, of all the aces who entered this postseason, Madison Bumgarner has shined the brightest, by far, giving up just five earned runs over 31.2 innings. His arm will be instrumental in the Giants beating the Royals, but the Kansas City does not have weak starters, either. Expect pitchers’ duels. The Giants beat the Cardinals by outlasting them, winning 5-4 twice, once in extras. In Game 5, which sent the Giants to the playoffs, the Cardinals only lasted seven innings, giving up a solo homer in the eighth to tie the game and a three-run shot to Travis Ishikawa to walk off in the ninth. If the Giants hope to beat the Royals, they’ll have to win both of Bumgarner’s appearances.

The only team to ever not lose a single game in the playoffs was the 1976 Reds, who won the pennant in a best of five series and then swept the Yankees. I do not expect the Royals to join that club. I do, however, think they’ll win.

Both teams are really well matched, but there are two key reasons why I’m picking Kansas City. First, their ability to grind out runs is completely unmatched in this postseason. For example, the Giants have stolen three bases and allowed three stolen bases. The Royals have allowed the same number while stealing 13, a postseason record. Simply put, the Royals are playing a smarter game.

Second, the Royals have a longer-lasting rotation. Madison Bumgarner aside, the Giants starters went six innings, four innings, and three innings. The Royals ace James Shields did not even pitch in the ALCS, but every Royals starter pitched a solid five and change, handing off control to the aforementioned middle relief. I’m not confident San Francisco can reliably pitch when Bumgarner isn’t on the mound.

I expect the Giants to win one of Bumgarner’s appearances in a close, low scoring game. I expect the Royals to win the rest. 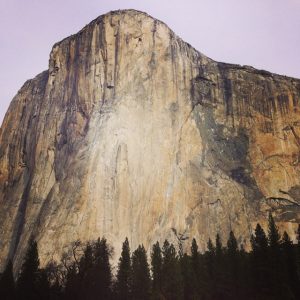 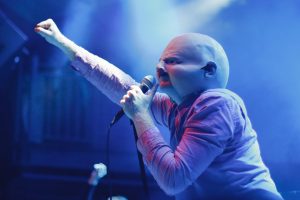