In the Age of Kings

Since its establishment, the National Hockey League has always been dominated by teams from Canada and the East Coast.

Dynasties like the Montreal Canadiens of the 1970’s, and New York Islanders and Edmonton Oilers of the 1980’s continue to live on in NHL history. Though the West Coast has never had a team as dominant as the aforementioned teams, teams from the West are often underrated when compared to the NHL’s historic powerhouses.

However, within the past three years, the rise of the Los Angeles Kings has shifted the NHL’s power balance to the West for the first time in the NHL’s 97-year history.

Though the Kings joined the NHL in 1966—35 years before another NHL team moved to the West Coast—it took the franchise many years to become championship contenders. Prior to the the 2011-12 season, the Kings had only made the playoffs in two out of the previous eight years and had only made one appearance in the Stanley Cup Finals (a 4-1 series loss to the Montreal Canadiens in ’92-’93) in franchise history.

In the early-2000’s, after years of disappointment in which the Kings had difficulty making an impact in the playoffs, L.A.’s front office was set on building for the team’s future. The Kings drafted winger Dustin Brown in 2003, goaltender Jonathan Quick and center Anze Kopitar in 2005, and defenseman Drew Doughty in 2008. Instead of mortgaging their future for proven talent around the league, the Kings developed each of their young stars and attempted to build a supporting cast around their core.

Before the 2011-12 season, L.A. bolstered their depth by trading for Mike Richards, the former captain of the Philadelphia Flyers. Richards took on a strong leadership role within the team and helped the young Kings develop on and off the ice. After a disappointing start to a highly-anticipated league campaign, the Kings fired head coach Terry Murray and hired Darryl Sutter, the man whose coaching would help revive the franchise. In February, the Kings added Jeff Carter, a center whose offensive skill set would play a key role in L.A.’s playoff run.

The Kings needed a torrid run at the end of the 2011-12 regular season to clinch the 8th seed in the Western Conference. When the playoffs began, the Kings won at a historic clip, dominating the 1, 2 and 3 seeds in the West before defeating the New Jersey Devils and hoisting the team’s first Stanley Cup in franchise history.

Unfortunately for the Kings, the 2012-13 season was shortened by an NHL lockout that nearly cancelled half of the regular season. After 48 regular season games, the Kings entered the playoffs as the West’s fifth seed, but would fall to the Chicago Blackhawks in the Western Conference Finals.

The Kings’ 2013-14 campaign was another one for the history books, as the team entered the playoffs with the sixth best record in the West but found themselves in a 3-0 series deficit vs. the San Jose Sharks in the first round of the playoffs. By outscoring the Sharks 18-5 in the next four games, L.A. became the fourth team in NHL history to overcome a 3-0 series hole and win a playoff series. The Kings defeated the Anaheim Ducks in the next round and were set to face the Chicago Blackhawks in a rematch of the previous year’s Western Conference Finals. In Game 7 in Chicago, the Kings scored an overtime winner to advance to the Stanley Cup Finals against the New York Rangers. After defeating the Rangers on Alec Martinez’ Game 5 wrist shot, the Kings raised their second Stanley Cup in three years.

In the past three seasons, the Kings have done what no other West Coast NHL team has been able to do: set the foundation for sustained NHL supremacy. L.A. has found ways to improve each season by surrounding their core of eager, young stars with proven veterans. Though the Kings have aging stars like Justin Williams (33), Jarrett Stoll (32) and Marian Gaborik (32) who continue to be key contributors to the team on and off the ice, a new breed of young players led by Tyler Toffoli (22) and Tanner Pearson (22) look poised to carry the team into a new era of Kings’ reign.

One of the most remarkable aspects of the Kings’ NHL takeover in the past three years has been the fact that the front office has been able to maintain so many pieces of the Kings championship runs. In fact, 15 members of the 2014-15 Kings team played for the 2011-12 Stanley Cup team. Players like Jake Muzzin, Slava Voynov and 2014 Playoffs hero Alec Martinez have anchored the Kings’ defense throughout the last three seasons and have protected Quick— one of the NHL’s most dominant goaltenders.

In the eight games the Kings have played in the 2014-15 season, what is being referred to as “That 70’s Line” (the line of No. 70 Pearson, No. 73 Tofolli, and No. 77 Carter) has combined for 16 goals and 17 assists and emerged as one of the NHL’s most prolific offensive trios. Los Angeles is currently riding a six-game winning streak and will travel to Philadelphia to kick off a five-game road trip starting on October 28.

Though the season is young, the Kings look like a unit which has matured significantly over the past few years. If L.A. can maintain this growth, we could witness the beginning of a new time in NHL history: an era of Kings’ rule. 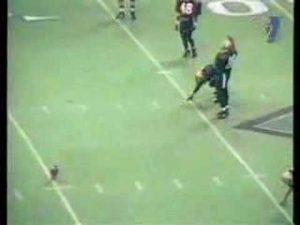