For NFL teams and fantasy owners alike, not too much has gone according to plan this football season. The defending champions are 4-3, after dropping to the struggling Rams only a week ago, and the top NFL team entering week eight was the Dallas Cowboys. And, despite having the highest-powered offense in the NFL, Andrew Luck’s Colts are only 5-3, while all four teams in the AFC North currently hold winning records.

In a football season ridden with controversy, disappointment, and surprises, the fantasy football landscape has seemed at times to be nothing more than a game of luck. A torrent of controversy and injury has removed many players from the field each week, arbitrarily rewarding some owners while punishing others. LeSean McCoy, Doug Martin, Zac Stacy, and A.J. Green are just a few among the numerous players who have left their fantasy owners exasperated and frustrated. But he midseason mark comes with a reality check; with eight weeks done, the landscape for the rest of the season is as clear as it will get all season. It’s not how you start, it’s how you finish, and crunch time for fantasy owners begins now. That being said, here are a few notes for teams for whom the next weeks are do-or-die:

Matt Forte and Demarco Murray will be the number one and two fantasy running backs in the NFL for the rest of the season.

While the sky is all but coming down in Chicago, Forte is the only bright spot in a struggling offense. With four consecutive 20+ fantasy point games and two 100-yard rushing games thus far this year, Forte also routinely finds himself among Cutler’s top targets in the passing game. If only for the sheer volume of work he will have for the rest of the season, Forte will finish averaging over 20 points per game for the rest of the season. The single-digit point games are long gone for Forte, and he’ll easily be a stud for the rest of the season. As for DeMarco Murray, as long as he can hang on to the ball, there really isn’t a case to be made for him finishing anywhere outside the top two or three at his position. After taking 19 carries for 141 yards against the Redskins Monday, Murray remains comfortably at the top of the running back landscape. If he can stay healthy, he’s the best running back in the league the rest of the way, easily.

Rob Gronkowski will finish as the top fantasy tight end.

Last week was no joke. While Julius Thomas saw a dramatic reduction in his red zone targets from the first few weeks, Gronkowski showed the league what he can do when he’s fully healthy, as part of the Patriots’ rout of the Chicago Bears. Brady and Gronk showed that they’re still one of the deadlier quarterback-tight end duo in the history of the game, putting up ridiculous numbers as they carried their offense easily past the Bears. With Graham coming off injury and Thomas surrounded by other fantasy studs, Gronk will continue to perform as he only gets healthier. If he can stay healthy, he’s the top tight end the rest of the way.

With Julio Jones and Brandon Marshall on the decline, Antonio Brown looks like the best fantasy receiver in the NFL.

No other wide receiver in the NFL has managed to get as many targets as Antonio Brown. Even with Martavis Bryant and Markus Wheaton both coming into their own as NFL receivers, Brown is the clear number one receiver in a Pittsburgh offense that proved last week they could air the ball as well as anyone in the league.

It’s time to give up on the likes of Zac Stacy, Montee Ball, and Doug Martin if you haven’t already, and it’s time to start playing your late-season byes smartly.

There comes a point in every fantasy season where owners are forced to choose between their pride and their team. Matt Forte, Aaron Rodgers, and Antonio Brown are among the studs in the league set to miss games for late-season byes, games that could be crucial for fantasy teams fighting for a playoff spot. While it isn’t easy to let go of players that have shown up again and again for your fantasy teams, there comes a point in the fantasy season where short term wins mean more than long term talent. There comes a point in the season that owners need to accept defeat and give up on players they had high hopes for, players like Stacy, Ball, and Martin who have done nothing but disappoint again and again. While the NFL is only at its halfway point, the fantasy season is coming to a close, and for many owners, it’s time to win or go home. 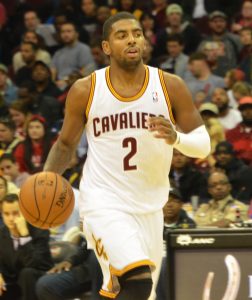 Free in DC: Part I