When I hop into a taxicab, usually the last thing on my mind is the personal history of the driver behind that taxi’s wheel. I am often caught up in thinking about where I am or where I need to go, tapping away at my iPhone screen and trying to calculate the exact travel time between my Current Location and Dropped Pin. The moment I step into a crowded Metro car full of strangers, I instinctively crack open a book, or plug into my NPR podcasts; the visceral movement of thumb-scrolling on my iPhone screen has become my go-to in public spaces.

In all of our time spent going from one destination to another, we are never fully alone in private space. It can be easy to create an isolated experience out of a socially-located event like travel, particularly when we view transportation as an inconvenience rather than an integral part of our everyday lives. I am sure that by the time our civilization reaches the creation of the iPhone 2,972s (estimated release date: September 2020; it now bends in your pocket on purpose), I will have forgotten the potentially social nature of the time between my starting point and destination.

Riding in an UberX is perhaps the most commonplace reminder that getting from point A to point B is a part of my social experiences and not an impediment to them. This is a strange place for a revelation, I’m sure, but some of my most entertaining interactions have come from the padded comfort of an UberX passenger seat. I can clearly remember the conversation I had in an UberX at 5:30 in the morning, headed to a conference in downtown D.C.: the driver was originally from Morocco, and he proceeded to provide me with a rundown of Moroccan traditions and customs interspersed with restaurant recommendations in the DC area. Also memorable was my UberX ride from campus to the National Portrait Gallery, during which I learned of one man’s challenge in landing an American job with a Bachelors’ degree from Ethiopia and a Masters’ degree from a Belgian university. The man kept a practice test booklet on the passenger seat, opening up the pamphlet to study in-between Uber calls.

Then there was the exceedingly hilarious (and perhaps reality-tinged) 15-minute discussion I had with a driver about how all of the wealthy CEOs in this country would rather finance a colony on the Moon than clean up the environmental mess we’ve made here on Earth. This was followed by a brief period of existential questioning of our treatment of the natural world as an entity existing separately from human experience, and a discussion regarding the feasibility of transporting water to other planets. Equally entertaining was my “power to the people” discussion with a driver who urged me to infiltrate the political sphere and make our government representative of the people it serves (I assured him that, armed with my degree in some region of the humanities, I would do what I could to reform the US political system from the inside out).

Once, I experienced two unique livelihoods back-to-back: on the way to my dad’s hotel in downtown DC, I met a driver working for Uber while he worked towards his doctorate in clinical psychology and interned as a therapist in a hospital in Virginia. On the ride back, my driver invited me to play in a competitive skee-ball league in Tyson’s Corner, and assured me that the networks created there were much more personable than those in the business sphere. He hailed from Florida, where he said the culture was much more laid-back than that of DC; in fact, he dreamed of moving west once he found a job in real-estate. I was able to contribute my two cents when the driver told me about a girl he argued with over the difference between a shawl and a scarf. I reassured him that he was in the right, and that a shawl was just an unraveled scarf made to look fancier for going-out purposes.

By engaging in conversation with people whose paths I wouldn’t normally cross—and by the nature of being in an enclosed space with these individuals for an extended period of time—I have learned about life experiences outside of my own. I’ve found novel experiences just as easily in a 20-minute cab ride as in an hour-long museum tour.

Maybe midterm studying has kept Buddhist philosophy on my mind, but if I have learned anything from my Intro to Buddhism class, it is that life is a compilation of tiny, successive existences that permeate out in chains of cause and effect. All too often, however, we see these existences as lacking connectivity. So often I think that my life has nothing in common with the person driving me to where I need to go, or with the passenger accompanying me on the subway; in a way, these UberX interactions are a microcosmic way for me to rediscover the inherent connectivity of all experiences. There is a lot more than road being covered between points A and B—a big part of discovering that is recognizing the journey as a fundamental piece of one’s experience. 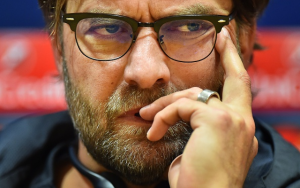 The Genius of Jürgen Klopp 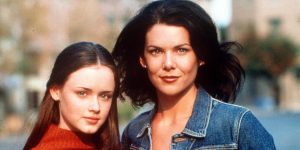 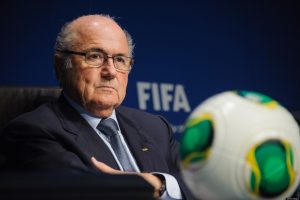