he DC Chinese Film Festival, founded in 2011, finished its 2014 run last Sunday. Dedicated to making Chinese-language cinema more visible in the US, the festival ran for four days, showing more than thirty films–narrative, documentary, and experimental film, both feature-length and short. They represent a wide range of genres, places of origins, and subjects, all bound together by their shared language (give or take a local dialect or two). While many of the films–including those in the main competition–were by relatively less-known filmmakers, a few of the films (the “spotlight” screenings) were more high-profile, having been shown at major film festivals around the world before their debut here.

One of the major spotlight films (and the first film to screen for the festival) was Pema Tseden’s Old Dog, notable for being one of the few major Tibetan film productions. The film tells the story of a Tibetan herding family that is considering selling its aging but still elegant Tibetan Mastiff, a breed that’s gained a great deal of popularity out east. The son feels selling it would be pragmatic – after all, thieves will probably steal their dog anyway, it’s better to get some money for it. The father strongly objects, however, on the grounds of the great symbolic significance of the dog. This disagreement persists as the dog itself changes hands many times and, ultimately, the film reaches a shocking conclusion. The dog is, of course, a stand-in for Tibetan culture as a whole, so the film is steeped in broad allegories and symbolic moments. This offers a political slant to a film that at least appears to be documentary-like and unpretentious. Ultimately, however, Old Dog may be more interesting to consider than to watch, though it’s well-paced at a crisp 88 minutes, and there are several scenes that keep the story interesting.

Another one of the major screenings was the newest film by esteemed Taiwanese director Tsai Ming-liang, Stray Dogs (no relation to the previous film). This one follows a homeless family in Taipei; the father holds ad signs by the road while the children wander the local supermarket, and at night they eat together before retreating back to their makeshift storage container home. This cycle continues until a woman from the supermarket, upset with the children’s living conditions, decides to step in and help. Stray Dogs was the winner of the Grand Jury Prize at last year’s Venice Film Festival, and is a rewarding, if very difficult viewing. Tsai isn’t too big on story (the first truly plot-relevant scene happens almost halfway through the film), and is a big fan of long, contemplative still shots of unexciting scenes. The final scene, in particular, is very little more than two people staring at a painting for twenty minutes. Stray Dogs is the kind of film that forces its audience to contend with its images, and it has a very potent subject in Lee Kang-Sheng, the father of the vagrant family, who exudes a strange magnetism whenever he’s onscreen, whether he’s singing a sad song in the rain or savagely devouring a whole head of cabbage. If that sounds like an interesting time at the movies, Stray Dogs could be a deeply enriching experience for you.

After the screening of Stray Dogs, the producer of the film, Vincent Wang, stayed around for a brief Q&A. He answered several questions dealing with the particularly difficult nature of the film, often relating back to the similar structure and style of Tsai’s previous films, of which Wang has produced several. He noted that Tsai’s films are often not very successful, which is discouraging and has Tsai frequently claiming he’ll quit film and go back to theater or performance art. However, with the positive attention Stray Dogs has been getting, Tsai was happy to quickly start on another film, and for now will keep making movies.

The next DC Chinese Film Festival will be held in 2016. 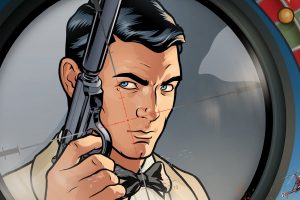 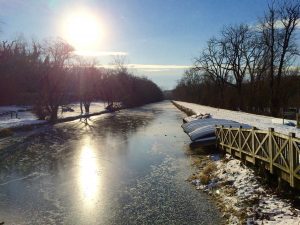