The CW’s Supernatural, thriving well beyond the average television shelf life, premiered its 10th season on October 7th. Since 2005, the show has followed the lives of Sam (Jared Padalecki) and Dean (Jensen Ackles) Winchester, two brothers who fight a countless number of supernatural creatures and are constantly revived by both the demonic and divine. The show is known for it’s intense dramatic style—riddled with charming, creative oddity—and often crosses through multiple genres. At some points, like the episode “Everybody Loves a Clown”, it is a terrifying slasher-story; at others, like “The French Mistake,” it becomes a strange, hilarious, meta-comedy.

In every season, Dean will never let go of his attachment to Sam. Sam dies at multiple points throughout the series, yet Dean will never let Sam be at rest. Dean constantly makes rash decisions to save his brother. Most seasons are driven by Sam’s perils: encounters with demons, the loss of his soul, possession by angels, or other supernatural events. Dean’s impulses often lead to subsequent danger for Sam, and drive the plot forward; in season ten, however, the first three episodes break from the tried and true Supernatural formula.

For the first time in the series, Sam desperately tries to save Dean, and the result is an uncomfortable setting for the show’s actors.  There is a clear awkwardness in Padalecki and Ackles’ acting styles, as they must now occupy roles that contrast from their characters in seasons past. Dean, now turned into a demon, acts out vain qualities of his former self. On the other hand, Sam behaves almost exactly like a depressed, pensive Dean in earlier seasons. It is a stark transition to get used to. Padalecki, as Sam, definitely has the more difficult shoes to fill here, as there is a great deal of never before seen emotion in this new role that he must convey to viewers.

In the new season, Supernatural’s main theme shifts as well. Season ten quickly moves from a dark quirkiness to true evil: in the second episode, “Reichenbach,” Dean nearly kills a man with his bare hands and Sam imprisons him as a result. “Soul Survivor,” the third episode of the season, turns into a anxiety-ridden thriller when Dean escapes the cell. Now he and Sam are locked in the building alone. The episode leaves viewers on the edge of their seats when Dean, dragging a claw hammer against walls, tauntingly searches for Sam.

It is surprising that such a drastic shift in characters and plot is so short lived. By the end of the third episode, Dean is cured of his demonic persona, and for now the season’s conflicts are resolved. This model will depress viewers after a certain point. The redeeming, positive quality throughout Supernatural has been the strong bond between brothers, a bond that is now broken due to Dean’s change in character. Having Dean last an entire season in his changed persona will eventually lead to audience dissatisfaction, for viewers will long for the positive bond to be reestablished between the two. Dean’s personality change also prevents any of the comedic, warm-hearted, “brotherly” moments from occurring in the show; the intense drama and tension that replaces these moments is simply unsustainable.

Although residual heart-break, intensity, and charm keep Supernatural fans watching intently, the show is unquestionably heading towards its finale. Supernatural has kept itself alive because of its ability to revive plot lines—in fact, the show was written to last only five seasons—yet the show is running out of avenues to do so. At the dawn of the tenth season, nearly every character is dead, and the character count is dwindling down to Sam and Dean alone. Season ten will likely be the final season of Supernatural; viewers will have to guess whether or not every characters’ actions in these final moments are a means to a conclusive end. 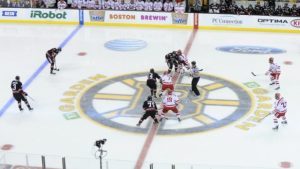