Academics is the aspect of a semester abroad that is remembered least.

If you read the above statement and agreed with it, you may want to reconsider.

Though perhaps not the zenith of one’s college career academically, studying abroad can offer much in the way of one’s higher learning experience. Among these is the opportunity to understand how American universities differ from those in other countries.

After three months in Moscow, I have come to know and appreciate the differences between American and Russian classrooms at the university level.

“You do not look well. You should get more sleep.”

When spoken by a professor, especially early in the semester, such advice would strike the American student as extremely forward. I received this exact advice from my language professor on day two of our acquaintance.

The teacher-student relationship is much more personal in Russia than the in the States. Professors assume a more parental role. Most make it to be their business to know more than simply how their students learn, taking an interest in and concerning themselves with life outside the classroom.

In this way, professor-student interactions are less transactional than in the U.S. The American norm could be described as such: show up, do the work, receive a grade. Rather, the Russian professor is often a figure which students more than simply respect: many regard her or him as a mentor, and in some cases, as a friend.

Another unique difference is that the typical Russian university course does not adhere to a strict syllabus. Professors are not constrained by predetermined expectations of what to accomplish. Rather, they decide what to cover based on students’ interest as well as their own inclinations. Thus, the progression of the course takes a more organic and democratic path.

When my literature professor first asked what I wanted to read, I was surprised by the question. Throughout the semester, this question and others like it have given me a sense of ownership in my studies.

Classroom dynamics between students also differ from those in the U.S. After two years on the Hilltop, I am accustomed to competition and zero tolerance for cheating.

Needless to say, I was mildly amused during the language placement at the start of the semester. The proctor handed out the exam and promptly left the room, not to return.

Talking with classmates during exams is encouraged in Russia, rather than forbidden. Russians do not consider students assisting one as unfair or self-defeating. On the contrary, when students discuss an exam together, each is able to best demonstrate his true grasp of the material, regardless of test-day conditions.

For the Americans scratching their heads, by relaxing the definition of cheating, having a bad day no longer constitutes a reason for tanking an exam. Classmates may help to jog any lapses in memory or catch senseless mistakes. With this approach, either the class together learns the material well and collectively exhibits such, or the lack of comprehension is demonstrated in everyone’s grade.

Recently, a professor of mine noticed I was not feeling well and placed her hand on my forehead to assess my condition. Another relayed to me the benefits of green cabbage in staving off a cold. Small acts such as these reveal my teachers’ sincere care for me and my education—a sincerity I believe I will miss once I return stateside.

For those who feel they didn’t learn anything inside the classroom during study abroad, consider this: the essence of education is to better comprehend our diverse world and then improve how we exist within it. You could try to learn that in the U.S. from a book, sure, but it won’t have the same effect as a hand on your forehead or a suggestion of cabbage. 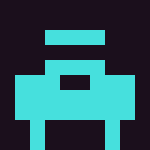