The Kings are 5-3, which is above .500. Praise the basketball gods—we Kings’ fans haven’t heard that number in a while. Many predicted Sacramento would remain at the same level of mediocrity this season, if not plunge even further down into the abyss that is the bottom half of the Western Conference. But something else has happened, and the Kings are beating playoff teams from last year. The team that many thought downgraded in the offseason has shown an incredible amount of improvement. While the Kings are far from a finished product (and still have a lot of work to do if they want to make the playoffs this year), Sacramento fans…get ready; we have a lot to look forward to this season.

Let’s start off with one of the most promising statistics. DeMarcus “Boogie” Cousins has zero technical fouls in 8 games. Whether it was from his experience on Team USA over the summer or from his realization that things can’t get better for the Kings until he grows up, Boogie has matured. He shares knuckle touches on the bench with teammates fixing his headband and holds his coach, Michael Malone, back from getting a technical during crunch time. Boogie’s behavior parallels the entirety of the Kings locker room, which seems a more unified bunch this year. This would not be possible without Cousins’ leadership.

And let’s not forget the numbers he’s putting up: 22 points a game on 50% shooting from the field along with his 11.1 rebounds. He also has a PER of 27.1 and gets to the charity stripe almost 9 times a contest (while hitting over 78% of those free throws). Prominent big men in the league have been beyond frustrated trying to handle Boogie defensively. He scored 34 points and pulled in 17 rebounds against DeAndre and Blake of the Clippers. The only team that could handle DeMarcus was the Thunder, due to a zone defense that denied the Kings the ability to play in the post. Coach Malone has employed the strategy of feeding the beast in Cousins for most of the offense this season. Cousins’ usage percentage is at 32.2%, a career high after eight games for the big man. Boogie is the Kings’ franchise man and, this year, he is proving he deserves the title.

Malone also has shown improvements in in his second season of coaching. His defensive-minded approach has lead to five early wins. The team is 16th in the association in defensive rating at 105, an improvement from its place at 23rd last year. They also seem to be able to score the ball a lot more easily, averaging 103 points per game, which is 8th best. Malone has figured out a solid rotation for a roster that looks like a mess on paper. The Kings have about 4 or 5 guys who can play power forward while they lack a true sixth man and a shooting guard who can actually shoot the three ball consistently. Rudy Gay and Boogie are going to get their 30 to 40 shots per game, but the rest of the team has contributed to the offense is positive ways. While no player stands out as a scorer or major threat to other teams, guys like Darren Collison, Omri Casspi, and Carl Landry have shown that they can add solid points each game that make the difference. Sophomores Ben McLemore and Ray McCallum have come up big at the end of a few games and proven that they have upped their games in their second seasons. However, McLemore and his backup, rookie Nik Stauskas, need to show that they can score consistently. And McCallum, although never seeming to make the wrong play, must sit at the end of the bench while he watches veteran Ramon Sessions struggle to back up Collison.

Sacramento still has a long way to go. The Warriors obliterated them in the season opener, and the Thunder, without Westbrook and Durant, won only their second game Sunday against the Kings. Scott Brooks threw that zone defense at the Kings during pivotal moments of the game, denying Boogie’s paint play and forcing Sacramento to toss up threes. Shooting 25% beyond the arc, the Kings looked like they were in a middle school three point contest with Rudy Gay playing the role of that kid who shouts “MONEY BALL!” after every shot. With over 20 turnovers, Sacramento also blew an early 24-point lead to Mavs on Tuesday.

As a Kings fan, I am hopeful for this season. As an NBA fan, I see the Kings as a team that could easily fall back into NBA irrelevance after a few more games with Rudy shooting over 20 shots and less than 30% from the field and one big meltdown from Boogie. The entire Kings organization, however, is dedicated to proving the doubters wrong. A new arena is on the way (we are forever indebted to you, Vivek) and Michael Malone is the first Kings coach that DeMarcus actually enjoys playing for. With a big man like Boogie, a scorer like Rudy when he’s disciplined, and a long list of role players who cause opponents’ fans to check Wikipedia when they enter games, Sacramento may just prove the basketball world wrong this season. Now, in the words of Bill Simmons and Jalen Rose…“BOOOOOGIEEEEEEE!!!” 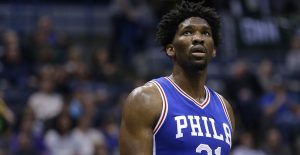 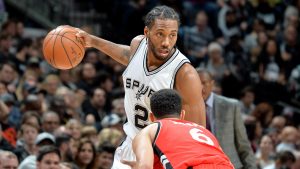