The Cardinals head into the offseason with a team comprised of excellent young pitching that carries them to the playoffs seemingly every year. After losing to the Red Sox in the World Series in 2013, manager Mike Matheny led his team to the National League Championship Series in 2014. However, outdone by Madison Bumgarner and the Giants, the Cardinals now must focus on getting their squad over the hump and into another World Series.

The Cardinals have already started making moves this offseason, pulling the trigger with the Braves by sending them young right hander Shelby Miller for gold glove outfielder Jayson Heyward.  With Adam Wainwright and Michael Wacha at the front of their rotation, the Cardinals have a plethora of starting pitching that can probably compete with the best in the National League. Heyward will likely serve as an upgrade in offensive production over Randal Grichuk, who hit .171 for the Cardinals in the playoffs against the Giants. However, with Yadier Molina coming back from injury and Kolten Wong continuing to grow in the Cards’ lineup, St. Louis will have as good a roster as any heading into 2015. Look for GM John Mozeliak to add bullpen depth around closer Tyler Rosenthal.

After the franchise’s first postseason appearance since the early 90’s in 2013, the Pirates lost in the 2014 Wild Card game. While Pirates’ fans dreams of going deep into the playoffs did not come to fruition in 2014, center fielder Andrew McCutchen certainly provides the fanbase with hope for the future. After another outstanding season, ‘Cutch has distinguished himself near the top of baseball in terms of offensive and defensive talent as well as leadership. The rest of the Pirates’ lineup has the potential to terrorize National League foes, but they will need more breakout performances, much like they got from Josh Harrison in 2014. If former highly touted prospects Gregory Polanco and Starling Marte begin to show some of their talent at the top level, the Pirates will possess one of the most powerful lineups in the NL.

While the lineup can turn heads, the Pirates just lost Russell Martin to free agency, so they will likely be in search of a catcher. Additionally, with the oft-injured Gerrit Cole and aging Francisco Liriano at the top of the rotation, the Pirates will need to add pitching to compete with rival St. Louis. While they likely will not be in play for the marquee free agents such as Jon Lester or Max Scherzer, they may look to the lower tier free agents like Aaron Harang and Ervin Santana. Pittsburgh could also look to trade from their wealth of young outfielders, which would net them a healthy return in young pitching.

The Brewers had one of the strangest seasons in recent memory. In first place for over 140 straight days, they managed to lose the NL Central lead to the Cardinals and miss the playoffs altogether. The Brewers have a good rotation and lineup on paper after 2014. Kyle Lohse, Matt Garza, and Wily Peralta all had excellent years in the Millwaukee rotation, while All Stars Carlos Gomez and Jonathon Lucroy lead a packed lineup. However, lackluster second-half production from the lineup created the eventual demise of a team seemingly on the verge of a playoff spot.

The Brewers’ lineup ought to remain near the top of the NL in terms of power and runs scored. However, the Brewers could stand to add pitching. While they likely don’t need an ace, they would be wise to hedge against a potential step back for Peralta and regression to his statistical mean for veteran Kyle Lohse. The Brewers are strong, but to beat the Cardinals, they will need to be deeper for a 162-game season, particularly in the rotation.

While 2014 for the Reds was a definitive disappointment, Johnny Cueto established hmself as a top five pitcher in the National League, winning 19 games on a fourth place team while tossing 243 innings. Despite finishing in fourth place in the NL Central, the Reds had decent pieces in the rotation, as Alfredo Simon had a breakout year behind Cueto. However, with Joey Votto injured most of the season and Jay Bruce suffering through by far the worst year of his career, the Reds failed to produce runs for their surprisingly good staff in 2014.

The Reds are an interesting team in terms of potential offseason moves. They need a healthy and productive Joey Votto if they want to make noise in the NL Central. And with youngster Billy Hamilton on the rise at the top of their lineup, the Reds should be able to score enough runs at the hitter-friendly Great American Ballpark. However, will the pitching keep pace? If Simon takes steps backwards, Johnny Cueto alone will likely not be able to carry the Reds’ staff to the playoffs. So perhaps Cincinnati trades one-time star Jay Bruce for pitching. While his value has taken a hit, they will be able to get a decent package for him in return. Or the Reds can possibly pursue a different route and start rebuilding by trading Cueto while his value is high for a bounty of prospects. Either way, the Reds seem to have difficult decisions ahead.

The Cubs suffered yet another abysmal season in 2014. However, with big bat Anthony Rizzo in the middle of the lineup and GM Theo Epstein at the helm in the front office, the Cubs are expected to make noise this offseason. They will certainly look to branch back out into the free agent market for starting pitching. Jon Lester and Max Scherzer, the two big tickets this offseason, will likely be targets for the Cubs early on. However, if neither works out (or even if they land one of the big sharks) Chicago could look to the trade market. With a depth of young infield bats such as Javier Baez, Addision Russell, and incumbent shortstop Starlin Castro, the Cubs have the means to make a blockbuster deal to acquire Cole Hamels, who will likely be placed on the trading block by the Phillies this offseason. It should be an entertaining offseason for the Cubs as they look to climb from the cellar once again. They finally look like they are ready to start improving. 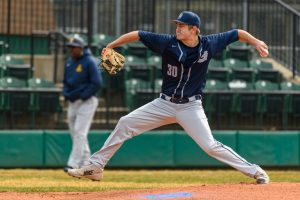