Suit up, Halftime. It’s time to get classy and attend a night at the Met.

As an aspiring performer and lover of all things classical music, my parents only thought it fitting to take the family to see Rossini’s Il Barbiere di Siviglia (in English, The Barber of Seville) at the Metropolitan Opera. Premiering in 1816, Rossini’s famous comic opera derives from Beaumarchais’ 18th century Figaro plays, all revolving around the life of a middle-class man named Figaro, whose quick genius and wit certainly bring about results – but not before turning the entire stage upside down through humorous situations – some that may or may not involve a close shave with an explosion.

Rossini transports us to 18th century Seville, a city known for its mystic exoticism and overall liberal mentality. Classes merge and collide in what normally would be a stabilized, structured society – only adding to the comedic antics of the opera. Enter Count Almaviva, played by tenor Lawrence Brownlee, enraptured by the sprightly and sassy Rosina, mezzo-soprano Isabel Leonard. Unfortunately for the count, she is under the treacherous guardianship of Doctor Bartolo, bass Maurizio Muraro, an older man who would like to take the young heroine as his own wife. The Count turns to the barber Figaro, baritone Christopher Maltman, a man known throughout Seville for his services and brilliance, to help him win Rosina. In a romantic gesture, the Count calls himself Lindoro throughout the courtship choosing to conceal his true identity so Rosina falls for his character, rather than his extensive fortune. Through hilarious antics, clever disguises, and the artful passing-of-notes, love obviously prevails in the end. I don’t even regret spoiling the ending for you, readers; after all, all comedies always end in marriage!

In a move of sheer brilliance, the Met not only embraced the traditional nature of 18th century Italian opera, but also added spurts of modern comedy in appropriate places to keep the audience on its toes and laughing the whole time. To my delight, the opera was performed in its original Italian (English subtitles provided, fear not!) The scenery and costumes sent audience members to Spain itself, envisioning the winding streets of Seville with old doors, balconies, and orange trees. Amidst this traditional, quaint background, the Met begins to take its liberties with the productions – all done with good taste and precise attention to details in the libretto (script) and situations in the opera. The finale of Act I fused together traditions and liberties, creating a wonderfully comedic moment before intermission. Immediately before the finale, Almaviva (under the alias Lindoro,) is almost arrested for impersonating a soldier. However, once he shows the commanding officer his true identity – as the Count – the entire ensemble is stunned by this turn of events, singing about how the foundation they had established seemed to be falling apart, a symbolic anvil crashing on their heads. The production took Rossini’s words to heart; as the ensemble sings, the background lifts, revealing a plain white backdrop, and a large anvil slowly lowers as the finale closes to crash on a cart of fruit. The combining of tradition with modern comedy sent the audience laughing throughout the finale, and a sonorous applause followed.

Isabel Leonard delighted and captivated as Rosina, a character that certainly is far from the average operatic heroine. Stamping her feet and making faces, Leonard is filled with comic energy, entertaining at one moment and amazing at the next. Rossini’s style of composition sets a high bar for modern singers, challenging them with a wide range and ornate passages that require a masterful technique and large lung capacity. Yet Leonard makes it seem effortless, as she glided across the stage singing “Una voce poco fa,” (“A voice a little while ago,”) a challenging aria, or song, filled with trills, octave leaps, and fast passages. Leonards’ warm timbre (color of the voice), is both soothing and energetic, only bringing the vibrant Rosina more to life as she struggles to escape the grips of Bartolo.

Christopher Maltman quickly won the hearts of all audience members upon his grandiose entrance on the top of his barber shop (on wheels). With the iconic “Largo al factotum della città,” or (“Make way for the factotum of the city,”) Figaro seduces the audience with a confident swagger and a powerful voice. His hilarious antics and quick thinking helps propel the story forward, adding constant comic relief and small disasters in his wake.

But while Rosina and Figaro dazzled with their larger-than-life performances, Lawrence Brownlee’s portrayal of the Count left much to be desired. The performer’s movement constantly distracted me as he approached a challenging passage. While movement is certainly encouraged in opera, to make the story and the character appear more realistic, the Count seemed to suffer a case of quaking knees, reminding me more of a football player prepared to run than a Count prepared to profess his love to the sweet Rosina. Although his voice had a tin-like quality, Brownlee’s range is certainly impressive, as he held and sustained a beautiful high B towards the end of Act II.

If you’ve never seen an opera, but are curious about the experience, I highly encourage listening to – or seeing, if you’re in New York! – The Barber of Seville. A comedic delight equipped with beautiful music and an array of colorful characters, Rossini’s famous opera is sure to please either the frequent opera attendee, or the young spirit looking for another artistic outlet. The Barber of Seville runs until December 6th. 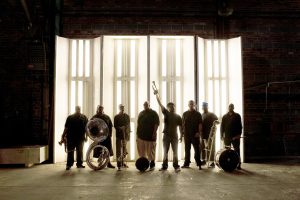