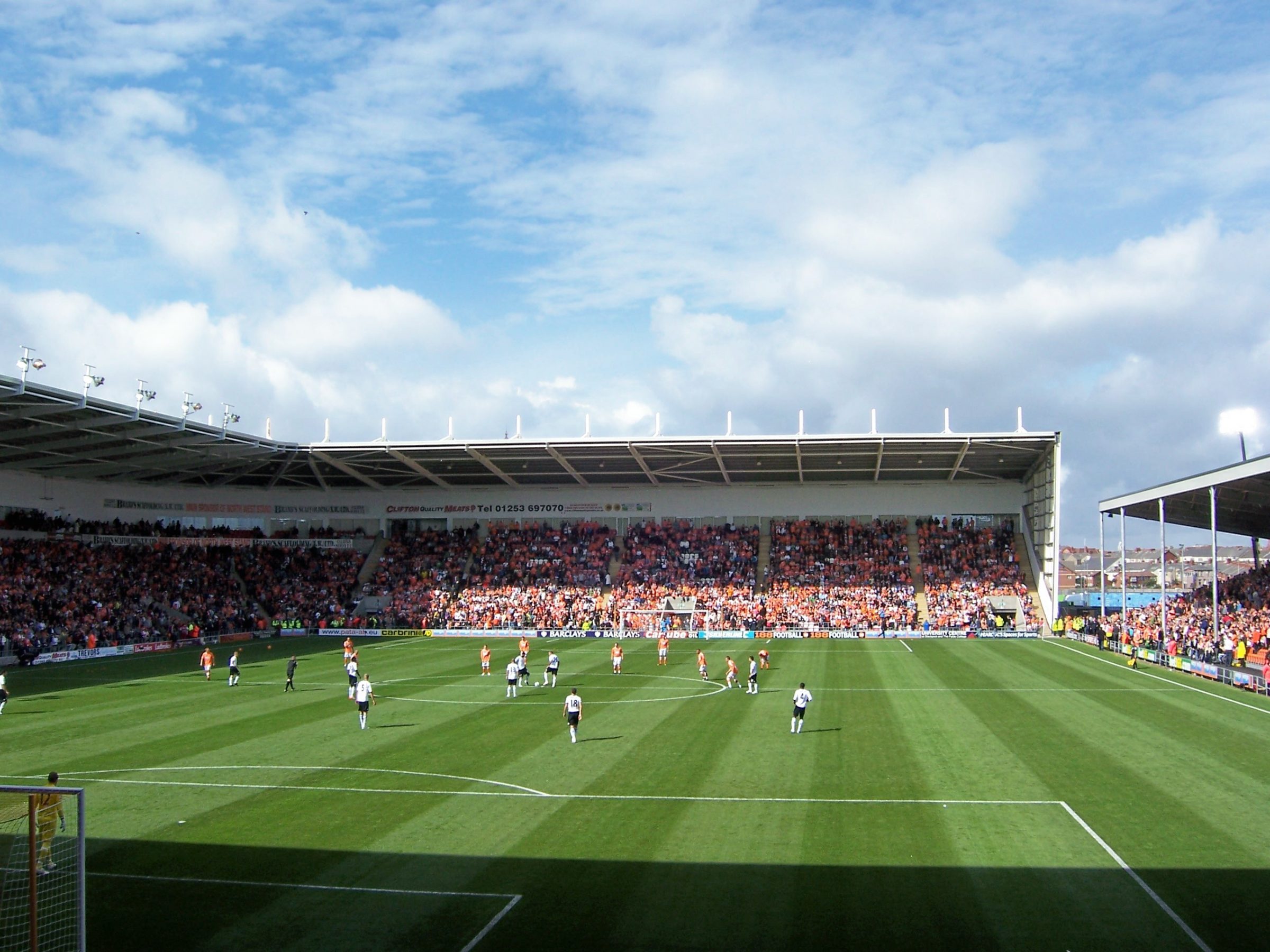 With the coming of the New Year, the Premier League reached its halfway point. Admittedly, we are currently three matchdays past the halfway point at 22, but it’s still a good time to analyze the performances of each team as the title race, qualification race and relegation battles all start approaching their climaxes. Let’s take a look at the bottom half of the table.

Sometimes I wonder if the relegation/promotion system in soccer is really such a good thing. Far too often, especially in the first-tier leagues of Europe, teams play an excellent season and win promotion, only to find that the gap between the second and first division is too big for them to overcome. I fear that the Foxes have fallen prey to that chasm. Despite finishing first in the Championship last season and having a fairly sizable war chest for a recently promoted side, Leicester has been pretty poor outside of a few decent performances, including their shocking 5-3 win over Manchester United at the beginning of the season. Despite spending a club record £9 million on highly touted youngster Andrej Kramaric, I don’t think things will be looking up for the Foxes anytime soon.

If you want to talk about teams that can’t take the next step after promotion the EPL form wise, QPR is the poster child. Rangers always seem to get promoted one season, relegated the next, and then promoted again, only to be relegated once more. This brutal cycle must take a real toll on the fans. The only reason QPR gets an F+ and not an F is due to the fact that they have actually played well against tough opposition at Loftus Road, with a home record that would put them somewhere in the middle of the table. The reason that they have an F+ and nothing higher is due to their absolutely, incredibly awful away record: 10 losses in 10 games. To be successful in the Premier League, you have to win at least something away. If QPR have any hope this season, it’s going to come on the shoulders of former non-Leaguer and bricklayer Charlie Austin. If QPR keep Charlie Austin through the January transfer window, I actually think that QPR can stay up (provided they start getting some results away from home). It’ll be a really, really close one, though.

Yet another poster child for teams not ready for the Premier League, the Tigers actually managed to avoid relegation last season (somehow). Like QPR, they have a sizeable amount of money to spend, but they just aren’t good enough. I really haven’t seen any redeeming qualities from Hull to merit a grade higher than an F. As for their position at the end of the season, Hull is going to be one of those teams that will be fighting to stay up, and I don’t think they have the talent in their squad to stay up. Don’t expect much of a fight as the Tigers go down come May.

Oh, Burnley. The first third of the season was disastrous for them. It took 11 games for them to get their first win. If you’ll remember, I was pretty down on them before they proved me wrong with a four-game unbeaten streak. Even though they are only in 17th place due to goal difference, I decided to give Burnley a D because they have played well against some tough opposition, particularly in the last two months. They beat Southampton at home, lost two very close games against Liverpool and Spurs (they arguably should have come away with at least a point in each of those games), and pushed City and Newcastle United to draws. Burnley have been trending upward recently, and I think (as much emphasis as humanly possible on “think”) that they can stay up. I think.

With Wigan Athletic’s relegation two seasons ago, Sunderland became the newest Premier League escape artists. Mired in the relegation zone for much of last season, a spurt in the last month of the season, where they won 5 out of their last 6, resulted in an unbelievable escape out of the drop zone. The reason Sunderland get a worse grade than teams lower than them has to do with the little redeeming qualities the Black Cats have shown this season. Sunderland has the lowest amount of wins and the second fewest goals scored so far this season. In a team with players like Steven Fletcher, Connor Wickham and Adam Johnson, you’d really expect better from Sunderland. They have really lacked quality throughout the season, and I think they will be going down this season, along with Leicester and Hull. That being said, they did bring in Jermain Defoe, and they did escape relegation last season. Could Gus Poyet’s team avoid the drop? Probably not, but the way this Premier League has been going, you never really know. Consider Sunderland to be the least likely relegation candidate of my three picks.

Aston Villa is a proud club, and the Villa fans are a proud group. Rightfully so – Villa is one of the oldest major clubs in England and was one of the founders of the original Football League back in 1888. The past few seasons, however, have been tough on the club. Despite having one of the best youth systems in England, financial limitations have prevented Villa from making sizeable moves on the transfer market. They have been forced to find bargain buys and take gambles on young players who have disappointed elsewhere. These limitations have been evident this season – Villa have just 11 goals scored, the fewest in the Premier League. Despite having a pretty solid defensive record, you can’t win without goals. Part of it has to do with the fact that Christian Benteke, who became a darling of the Premier League two seasons ago, has failed to stay fit, and his limited performances have been poor. One of the few bright spots in Aston Villa’s attack has been Fabian Delph, who has broken out onto the scene with some fantastic performances. Villa was lucky to tie him down to a new four-year deal this winter, fending off interest from the likes of Liverpool and Spurs. Don’t expect anything special from Villa at the end of the season, but don’t expect them to be relegated either. I will add one thing – Villa have a very young squad with lots of potential. If Villa keep and foster their young talent, they could be a team to watch in the next few years.

West Brom has had a very uneventful season. They aren’t good enough to really go any higher, but they aren’t bad enough to warrant serious consideration for relegation unless the Baggies season turns on its head over the next few months. West Brom have really struggled to score goals this season, and they are lucky to that Saido Berahino is having a breakout season. Berahino has 9 of West Brom’s 20 goals this season. Without him, the Baggies would surely be firmly in the relegation zone. Even though they are only three points above it, expect West Brom to stay alive this season, provided they keep Berahino through January.

After Crystal Palace’s demolition of Liverpool’s title hopes at the end of last season, they fell back into the disappointment of the relegation zone for much of this season. From October until January, Palace won just one game in fourteen. Since the New Year, however, Crystal Palace is unbeaten, with two wins and two draws. Still a potential target for relegation, Palace looks to be trending upward. The arrival of old hero Alan Pardew will surely be welcome, and the uptick in form of the squad’s pacy wingers Yannick Bolasie and Wilfried Zaha has given Palace an exciting edge to them. Palace has played above its potential in recent weeks, and with Pardew now in charge, I think Palace can finish the season comfortably in the doldrums of the lower end of mid-table.

What a difference a season makes. Remember last year, when Everton played some absolutely ridiculous soccer and challenged for a CL spot before finishing at an impressive fifth? It seemed that Roberto Martinez, who had been plying his talent at the bottom of the table for seasons while in charge of Wigan, was a massive upgrade on David Moyes, who was having a truly awful season in charge of Manchester United. Now? Everton are just four points above relegation. Only one of their five wins has come against a top half team. A far cry from the impenetrable back four of last season, Everton’s defense has looked shambolic, and the Toffees have the second most goals allowed at 34. Romelu Lukaku’s transfer from Chelsea, which at the time seemed ridiculous for the Blues, looks like one of the best bits of business done this season. The young Belgian looks nothing like he has in his previous two League campaigns, and he has failed to live up to his £28 million price tag. There is some talk that Roberto Martinez, who was a strong contender for Manager of the Season last year, could face the sack. I don’t see them being relegated, but I would be shocked if they even managed to push into the top half of the table. All in all, Everton have had a poor season by their standards.

Newcastle has had some real ups and downs this season. They started the season in awful form, before going on a five game win streak in October and November. Then, keeper Tim Krul suffered an injury that kept him out of action during December, causing another dip in form for Newcastle. Add to the fact that Alan Pardew left the Magpies for Crystal Palace, and I can’t give Newcastle a higher grade than a C+. Even though Papiss Cisse seems to have found his form once again, and players like Jack Colback and Moussa Cissokho have impressed for the Magpies this season, things don’t look especially good for them. New manager John Carver, who was promoted from assistant manager after Pardew’s departure, isn’t off to a great start. That being said, he’s only managed a few games, and that’s a small sample size, and it will be interesting to see just how much of an impact Pardew’s departure will have on Newcastle. I think that the Magpies are going to maintain their position, and we can expect them to be mired somewhere in the mid-table doldrums.

Come back next week to see my thoughts on the top half of the league! 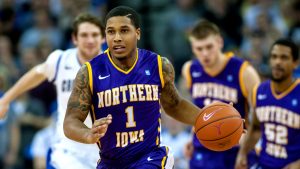