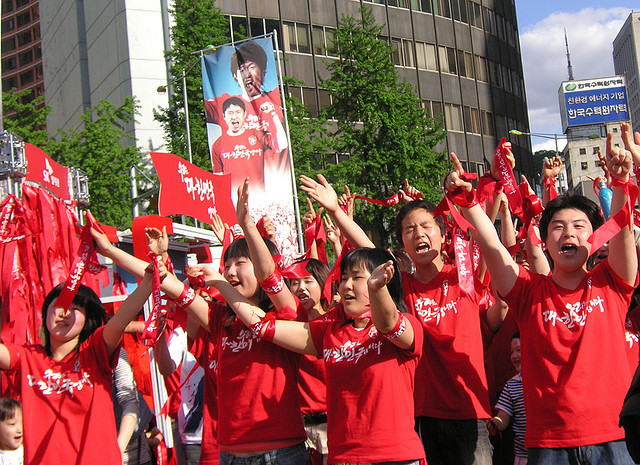 That was the South Korean national football team’s motto before heading into the 2015 Asian Cup. Every major football tournament indirectly represents a new generation of footballers, or at least marks the absence of a few ex-internationals. I doubt anyone is expecting to see Mario Yepes or Frank Lampard at the 2018 World Cup, and I’m sure many people have one or two players in mind that will hopefully develop into a player good enough to play on their national team by that time.

So why is it so significant for this tournament? Simply put, it marks the end of the lasting influence of South Korea’s 2002 World Cup squad. South Korea’s advancement to the Semi Finals in the 2002 World Cup is arguably one of the greatest achievements in Asian sporting history – although as a Korean I do admit it was smothered in controversy and a disgusting amount of home court advantage. Nevertheless, that World Cup has had a lasting effect on Korean football. It inspired young players to try even harder, it gave people a reason to follow Korean football, it raised the expectation of the Korean public and provided a golden memory for everyone who remembered the tournament. And now, 13 years after, there is just one player from that 23 man squad that made it into Uli Stielike’s 2015 Asian Cup squad.

The man is Cha Du-ri, son of the legendary Cha Bum Kun – who is considered to be one of the Bundesliga’s greatest players ever. Other than Cha’s storming contributions from the right back position, from where he made great offensive contributions as well as solid defensive work, he was liked even more by the public due to his humorous and approachable character. He was a leader on the pitch, and at times looked the most energetic and young, despite his age of 34. His inspiring performances pushed Korea to second place, and he was arguably one of Korea’s, and the tournament’s, best players. His promise to retire following the end of the tournament went through; unfortunately, Korea fell short in the final match when they lost to Australia 2:1 after extra time. Their 55-year wait for the Asian Cup will have to wait a little longer despite the team winning five out of five matches and not conceding any goals before the final.. The Korean public took no time to congratulate Cha, with social network services exploding. The most-searched phrases on Naver – the Korean Google – was briefly “Thank You Cha” due to the efforts of football fans.

So what does it mean that the ties with the 2002 team ended? An emphasis on Korean players in Korea.

Following the end of the 2002 World Cup, a great emphasis was put on Korean players moving to foreign leagues. Park Ji Sung, Lee Young Pyo, and many more was snapped up by European clubs who were impressed with their performances at the World Cup. Especially to a nation thats domestic league wasn’t impressive, people began to believe that playing overseas was ultimately better. A player who plays in a better league must be better than a player who plays in a lesser league, right? That might have been true back then, and that thought has stuck with Koreans for over a decade. This made them shun the domestic K-league.

Now most Korean soccer fans are extremely knowledgeable about foreign leagues, but cannot name five players who play in Korea. Without such attention, no one knows if players in the K-League are actually good. All that matters is if you play in a foreign league, even if you’re a part of a weak team or if you’re constantly on the bench. K-League players get overly ignored and this year, 17 players of the 23 man squad were from foreign leagues. This is deeply contrasted with football powerhouses, like England or Germany, whose squads consist mainly of players from domestic leagues. Stielike recognizes this problem and has begun to make his small little changes.

If he truly believes in this cause, and the Korean football fans trust him long enough, hopefully this “Time of Change” will come sooner rather than later. 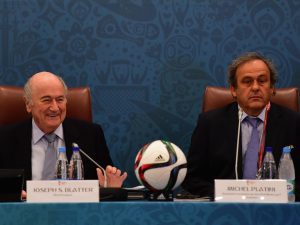