How the Budweiser Clydesdales are the NFL’s Workhorses 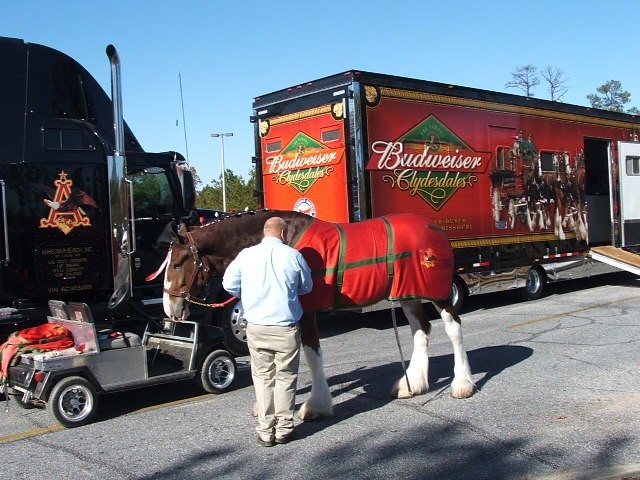 This Sunday over 110 million people tuned in to watch Super Bowl XLIX between the New England Patriots and Seattle Seahawks, as well as the commercials. There were many standard favorites this year, as well as some newcomers. However, shining above them all and once again stealing the show was Anheuser–Busch’s Budweiser commercial. For those who have not seen it, the commercial features the same puppy from last year’s “Best Buds” commercial.

This year, the puppy wanders into an empty portable horse stable where, unbeknownst to his owners on the Budweiser ranch, he is closed in and taken for a ride. The puppy manages to figure out what is happening, jumps out of the cart at a red light, and starts to find his way home. In the meantime, his owner from the ranch, while casually wearing clothing with the Budweiser insignia, passes out lost dog flyers all around town. Later that night, as the dog has almost found his way all the way home, a ferocious wolf confronts him. The puppy lets out a bark, and the Budweiser Clydesdales bust out of their stables and come charging to the rescue. In the commercial’s final scene, the puppy comes sprinting back up the ranch’s dirt driveway with the Clydesdales behind him, and jumps back into his owners arms.

This is the type of heart-warming commercial that is bound to get people talking about Budweiser, without talking about the negative connotations that so often accompany discussion about alcohol. This is especially significant for the NFL, whose revenues have come to be increasingly intertwined with alcohol over the course of history. As of the most recent published statistics in 2013, beer companies were 3.4 times more likely to be NFL sponsors than average companies. Anheuser-Busch specifically was a sponsor of over 88% of the league’s individual teams, in addition to the $200 million per year to make Bud Light the official beer of the league. These numbers also do not begin to take into account the profits that result from stadium vendors who sell beer at enormous markups during games, nor do they take into account the spectator-drinking culture that has formed a symbiotic relationship between game television viewership and consumption of alcoholic beverages. In other words, the money through televising deals that are so lucrative because of viewership numbers concurrently effecting the value of advertisements is highly dependent upon a culture of hundreds of people packing into bars on Sunday afternoons to enjoy the games with a few cold drinks.

In short, it is no secret that the NFL makes a great deal on sponsorship money, much of which comes directly and indirectly from companies that produce alcoholic beverages. However, the peculiar thing about this is that for all of the scandals that have broken in the NFL, especially over the last few years, we really hear very little commentary over alcohol’s money helping to fuel a league that has been in the midst of constant attempts to make its image more family-friendly. We have heard countless arguments about player safety in the game and concussion rules resulting from former players who have suffered life-altering injuries as a result of their time playing. We have seen commercials and advertising campaigns launched against domestic assault in response to the Ray Rice TMZ elevator video release. There has been a great deal of controversy surrounding child abuse following the Adrian Peterson scandal. And most recently, this week, Josh Gordon violating the league’s drug regulations for the fourth time (which by the way was a DUI in this case), has stirred up debate. Even the air pressure in a football has made its way onto CNN. But in terms of criticizing the league for fueling its continued growth off of money that comes from alcohol, relative silence. Not complete, but relative. We get the occasional “how does the NFL expect players to conduct themselves when the league itself profits off of beer money,” but these cries are far lower than the others.

The logical question to ask then is—why? And the answer, I would propose, is largely a result of Anheuser -Busch’s (as well as other beer companies, though Anheuser-Busch does it the best) self-concerned marketing strategy, which has had unintentional beneficial fiscal outcomes for the league. In this strategy beer companies do not aim to highlight the euphoric effects of alcohol, but rather they attempt to pin their brand as a socially significant piece of our everyday lives by intertwining it with culturally significant values and events. The Clydesdales themselves are symbols, not of alcohol, but of America. They work together in unison, as a team, to pull the weight that they are tasked with and to accomplish a common objective.

Go back over the history of the greatest and most memorable Clydesdales commercials, and they all have this common thread. From the very first ones, to the Clydesdales kicking an extra point even though “they usually go for two,” to the donkey that was able to join the team, to the Dalmatian Hank training to make the Clydesdale team after falling just short the previous year, to “Best Buds,” these commercials all embody the core American values of hard work, collaboration, perseverance, toughness, and determination.

The commercials have found themselves intertwined not only with American values, but also with American events. In response to heightened DUI awareness, Budweiser put out a tear-jerking advertisement of one of the dogs waiting at home for his owner to come back after a night out, with the words “some never stopped waiting” appearing on a black screen just before he returns. In this way the company linked itself to the ongoing American cultural concerns of the day in a supporting manner, when many would have otherwise seen the company as inherently contrary to those concerns. Or perhaps the most powerful Clydesdales commercial—the 2002 airing of the Clydesdales leaving the farm, walking across the Brooklyn Bridge, and coming to Liberty State Park in Jersey City, New Jersey where they look at the empty space in the New York City skyline, paw the ground, and bow down their heads in respect for those who lost their lives in the World Trade Center on September 11th. And again, ten years later, the commercial re-aired with the horses returning to the spot and doing the same gesture, but now Freedom Tower was being constructed and visible over the surrounding skyline.

Through all of these commercials, Anheuser-Busch managed to intertwine itself with the American lexicon, and marketed itself as a cultural piece rather than an alcoholic beverage. The two industries- beer and professional football- both have extremely similar target audiences, and were able to reach this audience together. America’s beer and America’s game became inseparable not because of their inherent qualities, but because of the beer industry’s marketing towards this objective. The Clydesdales helped to pull the success of Budweiser, and inadvertently, helped to protect one of the NFL’s most lucrative revenue streams from what could have been extreme criticism. 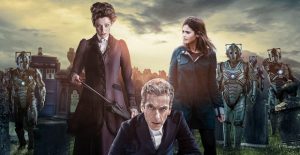