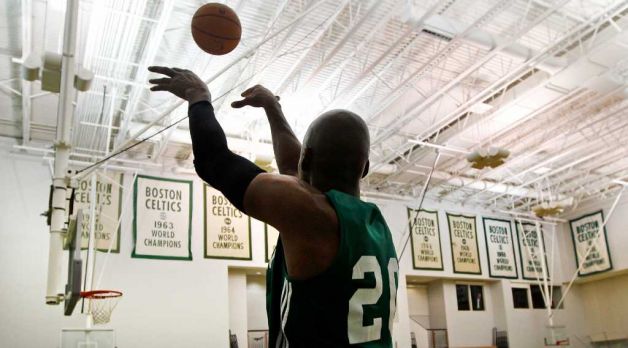 The NBA All-Star Weekend is always a special time of the year. We marvel at acrobatic dunks and trick shots in the Slam Dunk Challenge, watch Kevin Hart match up against Chris Mullin in the celebrity game, and celebrate the best talents on the planet in the main event. But, this year’s All-Star season is especially magical. The game will be held at the Garden for the first time since 1998. And if the venue wasn’t perfect enough, the finale will be. The end of All-Star Weekend will witness Ray Allen back in a basketball jersey. The color of that jersey remains to be seen.

The 39-year-old free agent is expected to decide his basketball future after the All-Star Weekend festivities. The all-time leader in 3-pointers made has been courted by the league’s top teams for the past seven months. He’s spent his time since the 2014 Finals taking care of his kids in his Miami home, and, of course, practicing.

Allen is a notorious gym rat. He takes hundreds of shots a day, and doesn’t leave the gym until his routine is perfect. His workout program is one of the most demanding in professional sports.  I can only guess the number of hours he’s spent practicing since June, but I’m sure I would undershoot it.

But he’s even more than the typical gym rat. His characteristics match the dream grocery list of any NBA coach. He has an unparalled work ethic. He eats right.  He doesn’t drink. He doesn’t go out. He’s a team leader and a role model for the younger players. And, of course, he can shoot.

The year before acquiring Ray Allen, the Milwaukee Bucks were a 25-57 laughing stock. By the time he left, they had played in an Eastern Conference Finals. He transformed the Seattle Supersonics from tenth in the West in 2002-2003 to third by 2004-2005. He won a championship with the Boston Celtics in 2008. He single-handedly saved the Miami Heat from defeat at the hand of the San Antonio Spurs in Game 6 of the 2013 Finals with a corner-three with 5.2 seconds left en route to another championship. He is a ten-time all-star, and an NBA Sportsmanship Award winner.

Allen has never been the huge name of a Bryant, a Durant, or a James. He isn’t typically the subject of news. The rare moments we see his face off the court, aside from his few movie roles, are usually his commercials promoting awareness for Type 1 Diabetes.  His perfectly bald head never appears on billboards.

No, he carries himself with a quiet grace, silently striking from the wings, expressionless. He fires and watches the perfect rotation and satisfying swish, somehow finding a microscopic imperfection to note for his next shooting session. Then, he jogs back coolly with the occasional finger point of thanks for the pass or subtle pump of the arm. He turns to match up on defense, and the fire in his eyes grows wilder as he hungers to strike again.

So yes, Ray Allen is 39-years-old, and he hasn’t played pro ball since last summer. But, there’s a reason he’s so hotly sought after. If you think his return will feature a washed up, out of shape, shell of his former self, you don’t know Ray Allen. Wherever he goes, they’ll contend. He may not score 18.9 points per game, but they’ll contend. He’ll make sure of it. 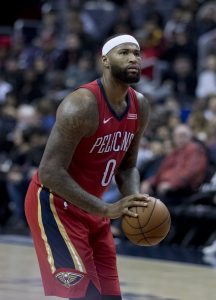