A Student’s Take: Believe in the Future of Student Funding

When the Corp began selling yogurt and Coca-Cola in March of 1972, not even the founders could have predicted the successful series of storefronts and services it would come to offer the Georgetown community 43 years later. Similarly, the Georgetown University Student Federal Credit Union was a fledgling idea in February of 1983, and only two years later, it had total assets that exceeded one million dollars. GUASFCU is the largest student-run financial institution in the country and the Corp is the largest student-run non-profit in the world.

Georgetown University students have a storied history of daring to dream big and wildly exceeding expectations. That is why I believe we, the student body, are more than capable of establishing a Student Activities Capital Campaign.

GUSA Executive candidates Sara Margolis and Ryan Shymansky are proposing this student-led capital campaign because they believe in the talent and creativity of Georgetown student leaders. They understand that with more resources, these student groups can grow in new and dynamic ways. This semester, the Student Activities Commission was only able to fund 71.8 percent of group funding requests, but that number doesn’t include the ideas that never left the drawing board because students realized there would never be enough money for their innovations to become realities. The increased amount of money which would become available as a result of the Student Activities Capital Campaign will significantly enhance the experiential learning aspect of student activities by providing greater opportunities for students to pursue bold initiatives.

In the first year of the capital campaign, Sara and Ryan propose establishing a group of students assembled by GUSA to actively solicit contributions from alumni. GUSA will partner with the Alumni Association, the 1634 Society, and other appropriate groups to take part in, and eventually institutionalize, this effort. While certain organizations such as the International Relations Club and College Democrats have well-established and maintained databases of alumni, smaller and newer clubs do not have this same luxury. This campaign is also a way to level the playing field and provide all groups, no matter their size or alumni network, the opportunity to benefit from this contributions.

With Sara & Ryan’s capital campaign, GUSA will enlist the participation of young alumni who are typically less likely to give to the university, but are more than willing to contribute to activities in which they participated. The Student Activities Capital Campaign tries to reimagine both the ways in which GUSA engages young alumni and the possibilities and impact of their support. While Sara and Ryan understand the current system in which alumni can donate directly to student groups, it simply isn’t publicized or encouraged enough because the university prioritizes other initiatives.

There is still a bit of confusion about the source of these funds, so let’s be clear that money would be coming solely from alumni donations. This is distinct from the Student Activities Endowment, which obtains funding from a portion of the student activities fee. Sara and Ryan wholeheartedly support raising the student activities fee because it would offer an immediate solution for funding shortfalls; however, they propose to do so only with the permission of the student body through a referendum. Raising the fee would be a quick fix, but the reason behind the Student Activities Capital Campaign is to provide a sustainable solution for student groups that will last for generations to come.

The Student Activities Capital Campaign gains inspiration from and furthers the rich tradition of student-led innovations at Georgetown. It is this type of vision and initiative that make Sara and Ryan the best team to serve the student body in the GUSA Executive.

Reed is a sophomore in the SFS. 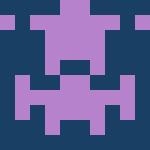 I want you: Apply to serve in Joe and Connor’s cabinet

Dignity for GUSA and Georgetown: Vote Chris and Meredith

Rise Together for Georgetown: Abbey and Will for GUSA

By Abbey McNaughton and Will Simons

Ok Reed, before you declare your candidacy for next year, I suggest you educate yourself on how fundraising and University capital campaigns work. It is all about centralization: one office soliciting big donations to benefit different areas of the university. GUSA taking the initiative here looks good on paper, and you should be commended for your creativity in dreaming this idea up, but it will fail. Here’s why:

1. Advancement is going to look at your proposal, see that it greatly dilutes the pool of potential donors that they are courting, and shut it down.
2. It’s redundant: alums can already donate directly to gift accounts, and can also donate to the University but specifically earmark their donation to a certain area. Advancement encourages this to a degree much higher than you’d have people believe.

So now you’re going to have GUSA, an organization that a very small number of people were a part of in their time at Georgetown, trying to get those people to donate to the activities that they once enjoyed here on the Hilltop. You’re essentially saying that GU organizations are incapable of reaching out to their alumni themselves, so GUSA should be doing that. But if these donors have never been connected with GUSA in the first place, what makes you think that this will help at all? Furthermore, you’re going to be preventing donations from flowing into the big University endowment, slowing its growth and taking away from future scholarship money.

As always, learn your GUSA history and administrative structures before you start rolling out ridiculous campaign promises.