Last week, rumors surfaced on Facebook and in campus media regarding a leadership statement presented to GUSA presidential and vice-presidential candidates by the Georgetown Israel Alliance (GIA), of which I am president. GIA collaborated with all GUSA candidates as well as other student leaders to draft this statement, which, if affirmed by a campaign, would serve as GIA’s criterion for an endorsement. However, these rumors, which went uncorrected by both GUSA campaigns and campus publications, mischaracterized GIA’s intention to secure a safe space for open dialogue on campus about the Boycott, Divestment, and Sanctions Movement (BDS) and the right of Israel to exist as a Jewish and democratic state. In writing this, I will address the rumors perpetuated by campaigns and reported on by publications alike in an effort to set the record straight.

Allegation: GIA unjustifiably politicized GUSA. This is patently false: GIA was driven to speak with GUSA because of greater circumstances at play. On an organizational level, GIA and J Street U, a “pro-Israel, pro-Palestine, and pro-peace” student group that advocates for a two-state solution, are no longer able to broker dialogue directly with Georgetown’s chapter of Students for Justice in Palestine (SJP) because of a recent “anti-normalization” policy adopted by the National SJP organization that prohibits members from engaging with student organizations that do not recognize Israel as an apartheid state, which it is not.

Thus, GIA felt the need to ask GUSA’s help to mediate future conversations because we are no longer in a position to do so. BDS is unfortunately a student government issue, and if it is brought to Georgetown, it will inevitability fall under GUSA’s responsibilities to address. Ten years ago, the BDS movement began on college campuses and was brought to student government where it was voted on by student representatives, and on those campuses, the movements often transitioned from being anti-Israel to anti-Semitic. Consequently, although GIA agrees with Chris Wadibia and Meredith Cheney’s comment in The Hoya, “[that] GUSA isn’t the platform to express political views,” BDS is a student issue—not a political one.

Allegation: GIA “deceived, lied, or took advantage” of the campaigns to manipulate them into affirming its leadership statement. Once again, false: campaigns and campus publications alike have misrepresented the chronology of GIA’s conversations with GUSA candidates. GIA provided both the Voice and The Hoya time-stamped correspondence from the following tickets: Chris and Meredith, Tim and Reno, and Sara and Ryan, all of which evinced that the above campaigns affirmed our original statement in that order. When it comes the Abbey & Will, we were under the sincerest of impressions, following a face-to-face conversation with their campaign manager, that they were in fact the first to affirm our original statement. GIA therefore believed it had achieved four-for-four agreement from the candidates—up until Feb. 8, we thought the Joe and Connor ticket was a satirical campaign. Once informed otherwise, we went to them straight away; they did not sign on to the original wording of the statement.

When rumors began to fly about campaigns pulling their support for GIA’s statement, no campaign verified the claims being made by speaking with GIA leadership—instead, they bought into them and retracted their support as a defensive political maneuver. Our theory is that the candidates that renounced their original affirmation failed to confer with their staffers before affirming our statement, and rather than admitting their own mistake, they simply withdrew their support and falsely accused GIA of lacking transparency. Candidates admitted to internal miscommunication failures and acting on behalf of rumors in off-the-record conversations with GIA, but were not willing to do so publicly.

Allegation: GIA’s final leadership statement stifles conversation about BDS. False: GIA’s leadership statement was still evolving when rumors began circulating, and the final wording, developed from our conversations with candidates and other student leaders, excludes all BDS language. After I shared GIA’s finalized statement with members of SJP, who had taken umbrage with earlier drafts, one of them posted the following status on Facebook: “I have some very exciting news to report. After conversations with a number of GUSA campaigns and the GIA, the GIA has agreed to remove ALL language regarding BDS from their endorsement criteria.” This is wholly inaccurate. GIA was never engaged in dialogue with Georgetown SJP regarding the possibility of eliminating BDS language from our leadership statement. The decision was internal to GIA, and derived from conversations with candidates. However, GIA was pleased to discover we could arrive at wording that was considered a win-win, as the above quote shows.

It greatly saddens both me and GIA that only one campaign felt comfortable signing our final leadership statement. Our final criteria for endorsement asked candidates “to support students and student groups that advocate for Israel’s right to exist as a Jewish and democratic state” in the name of protecting open dialogue. This watered-down statement is anti-nothing; yet only Tim and Reno honored their original commitment to this justified ask. Setting aside the political implications of signing any statement, the fact that only one GUSA campaign affirmed Israel’s fundamental right to exist scares pro-Israel students on campus.

The conversation isn’t over, and GIA hopes to continue as a partner in securing safe space on campus for this dialogue. 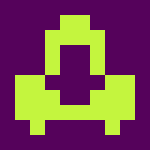 I want you: Apply to serve in Joe and Connor’s cabinet

Rise Together for Georgetown: Abbey and Will for GUSA

By Abbey McNaughton and Will Simons

By Sara Margolis and Ryan Shymansky

You write an intense piece about how your goal is not to politicize GUSA, about how much more neutral you are than how everyone portrays you, etc…and then you say Israel is not an apartheid state. That is literally the least neutral comment possible. You could have easily said “We do not believe, We firmly deny, etc…” but instead you chose to make a statement that acts as if “you’re right, they’re wrong”. Not to mention the fact that the article you link to is clearly biased. If the point of this article was dispel rumors that you have an agenda, that you have been unfairly categorized as being too extreme…you failed.

Are you guys on crack?

I will preface this by saying I pride myself on being one of the most apolitical people on this campus. I am, first and foremost, a Jew. Then I am an Israeli.

Every single statement you have made has reflected that you think it is the most ludicrous idea that people are calling Israel an apartheid state; that these allegations are baseless; rooted in anti Semitism; etc.

Own up to it. The facts are there. Israel does completely shit over Arabs and Palestinians. You need to acknowledge this. Your focus should be preserving/restoring Israel as a state reflective of Jewish values (which genocide has no place in.). Your denial of literal facts will get you no where and you have lost my respect and legitimacy because you guys are almost the most stagnant organization on this campus. Grow. Learn.

This is not to say that SJP is not at fault. In fact, they are THE most stagnant organization on campus. Refusing dialogue isn’t constructive. Only gaining a presence when GIA brings something up is weak. Grow a backbone. You aren’t doing anyone a favor by trying to stay underground.

So, you are either an idiot or you hate Israel for other reasons.

You are buying into a narrative that is at its heart a pathological obsesession with Israel’s faults while turning a blind eye to much more egregious human rights violations elsewhere. So when you give condescending advice to “Grow. Learn.” you sound like a bit of a dick. Peace. Out.

Well…what would you say Apartheid is then? How about women not being allowed to drive, or being segregated from men at public events? And having legal rights 1/5 of a man? You don’t see that in Israel or the West Bank. Not even close.

The quote you provided from a “member of SJP” was actually said by someone who had absolutely no involvement/leadership in SJP when he spoke out. He was just someone who takes an issue with GIA and its vehement opposition to BDS. Just because someone is Arab or Muslim does not make him part of SJP. Just because someone is horrified by Israel’s actions does not make him part of SJP. You are actively fueling a divide between GIA and SJP, insinuating that SJP exists basically to oppose GIA. Plenty of people who take issue with Israel’s right to human rights violations and America’s unconditional support of it are concerned by GIA, so please do not force affiliations onto regular students. Feel free to write as many pieces as you want in support of your organization or about how Israel is a state free from human rights violations and respects everyone equally, but direct your frustration at the right place, otherwise this just comes off as ranting.

can’t we all just get along?