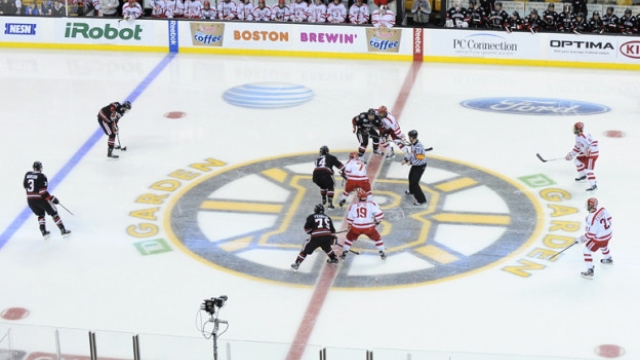 The Beanpot is the best tournament that no one has ever heard of.  Well, that’s an exaggeration, but outside of New England, not too many people can claim to know much about this tournament, which is a shame.  In my mind, at least, the Beanpot explains the city of Boston better than any other cultural event on its calendar, and besides, it provides some of the most exciting college hockey available.  But before we get to that, let’s do a quick overview of what we’re talking about here.

Every February, Boston’s four Division 1 college hockey programs face off against each other for city-wide bragging rights. Northeastern, Boston University, Harvard, and Boston College battle each other in the TD Garden for the chance to lift the oddest trophy in sports.

Last year saw the Eagles of Boston College take home the trophy. So did the four years before that.  And before the recent run of dominance by the Eagles, Boston University had taken the trophy four times in five years.  In fact, either BU or BC has won the tournament in every year since 1984, when the Northeastern Huskies managed to defeat BU by a score of 5-2.  And while the Eagles and Terriers have prevailed most often over the years, the Crimson and Huskies also have respectable programs which can be found among the top-25 in college hockey.

BC and BU are juggernauts. Each can boast five national championships, and the two programs have combined to win four of the past seven NCAA titles. They are college hockey’s answer to UCLA basketball, Alabama football, and Penn St. volleyball.  But these schools represent two different sides of the city of Boston.

BC is the Irish Catholic ascendancy, the proud product of decades of hard work by immigrants who came here with nothing. And I say proud intentionally, for while all of these universities have excellent academics, you can still find the BC students singing their “safety school”  taunt across the TD Garden at their BU and Northeastern counterparts every February.

BU likes to see itself as the less privileged version of BC. It’s just as good in the classroom and on the ice, but it represents real Boston, not the preppy version of it you’ll find over in Chapel Hill. This, of course, is ridiculous.  But the shouted arguments that take place in the upper sections of the Garden tend to lack nuance, so a narrative built from them must also skate over the finer points of each school’s identity.

Northeastern, for its part, plays the perennial underdog.  It lacks the name recognition of its three competitors, even if it may deserve it.  Boston has a lot to offer as a city, but it’s still most comfortable with a chip on its shoulder.  The Huskies capture that portion of the city’s consciousness which feels overshadowed by the big buildings down in New York City.

Then there is Harvard. It too shouts “safety school” at its opponents, albeit with an understanding that it has little else other than its academic reputation to which to point in this rivalry.  Like with most of its sports, Harvard had a place among the elite college hockey programs many decades ago, but since then has had to content itself with its high intellectual perch.  While far from irrelevant in the outcome of the tournament, the Crimson most often find themselves trying to play the spoiler to one of the powerhouses.

This year things could change. Northeastern upended BC in their first round matchup, setting up the Huskies with the Terriers, who beat Harvard two weeks ago.  Just like in 1984, NU has a chance to wrestle the Beanpot trophy away from the giants of the Green Line.  Or maybe not.  BU could win once again, and could continue to pass the trophy back and forth with BC.  Either way, it promises to be an entertaining game, especially since anyone who hopes to watch it in person will have to wade through the apocalyptic drifts of snow that have fallen on Boston over the past several weeks.

No city, including Boston, has a monolithic identity.  And the Beanpot captures that.  I’d like to think that, in this annual hockey tournament, we get to watch the various components of the city battle each other. The intellectual, the working class, the upstart, and the elite try to destroy each other and then shake hands afterward.  This is overly-simplistic, and probably all a product of my own imagination, but regardless, it does make for a nice image. 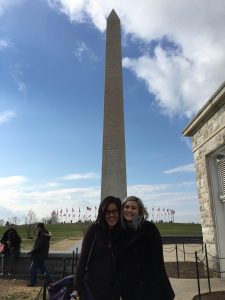