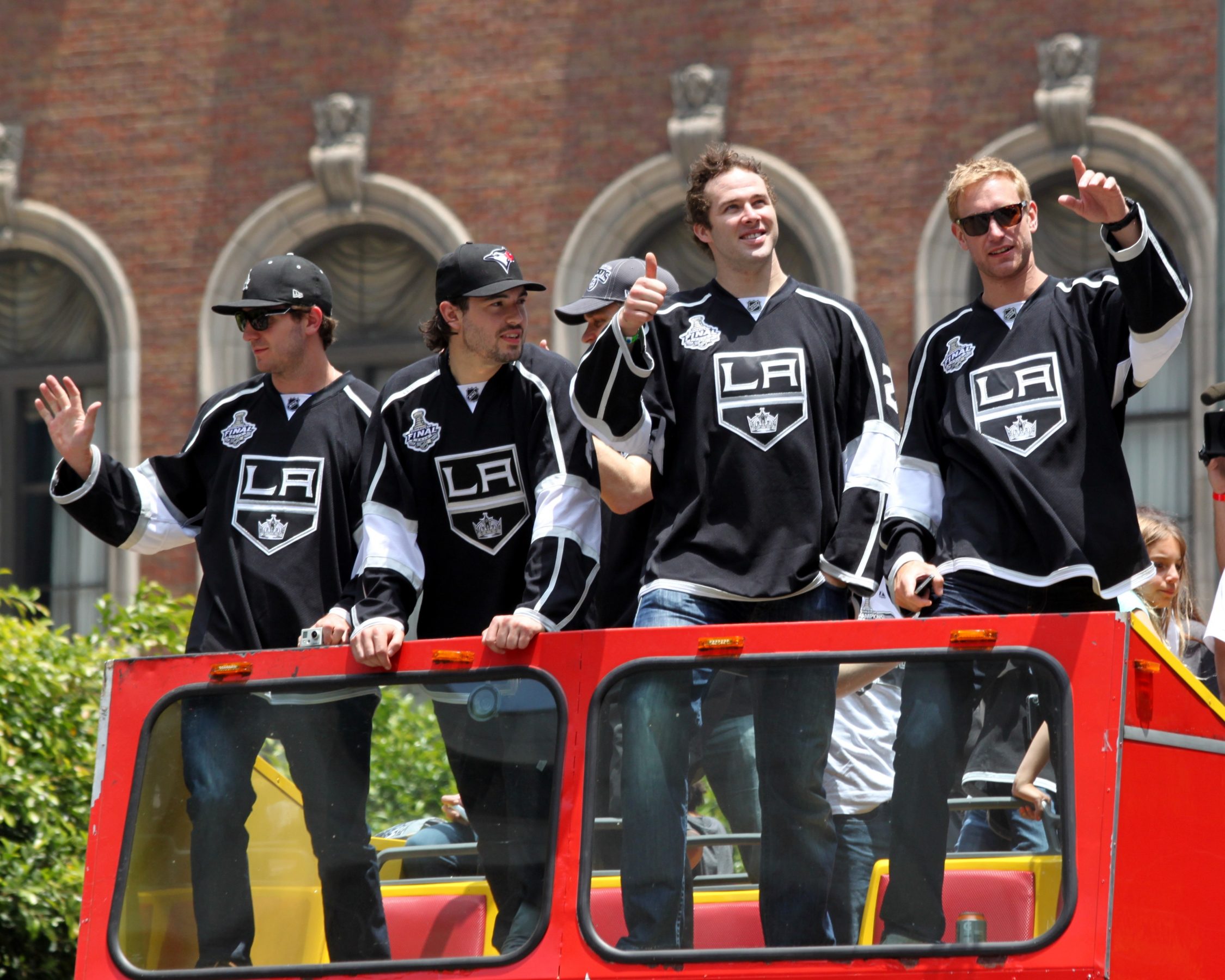 Remember when Los Angeles couldn’t give a crap about hockey? It wasn’t that long ago when nobody in SoCal had any idea who the Kings were. Now, the twice-recent Stanley Cup Champs are the hottest team in the NHL, going on a murder-spree against stiff competition. Let’s talk about what happened this week in the NHL.

I’m a bandwagon Kings hater. It’s a new development, and contrary to last year when they were the only team of the four conference championship teams (the others being the Blackhawks, Habs, and Rangers) that I did not abjectly hate. Their victory in the Stanley Cup Finals satisfied me deeply. That said, the Kings are winners of eight in a row and it frustrates me how cocksure their fanbase is getting. They’re becoming the Yankee fans of hockey.

That said, I must admit that I’m impressed. The Kings have won all of their last eight in regulation time. Of those games, wins against Tampa Bay and Detroit stand out as strong games against strong teams. The Kings have averaged just one goal allowed per game in their past five games, but have scored 2.6 per game. Their surprise ascension from the cellar has earned them a playoff spot, currently the 7th seed.

It’s not that I dislike the Kings in and of themselves, per se. They play good hockey. I just wish their fanbase would cheer for them the way they do the Lakers. Anything else is denigrating the sport.

Florida Bites the Hand that Feeds It

Last week, I talked about how a few wins from the Panthers would give them a spot in the top eight. This was before Florida decided it would be a great idea to totally implode. Losers of three straight, including a 4-1 loss to Ottawa, have demoralized a team that’s just one win away from tying the Bruins for 8th.

Florida is a decent team, but it can’t afford to lose easy games. It doesn’t have to beat Tampa or the Islanders in upcoming weeks, but it better sweep Toronto and Buffalo out of the stadium. If they don’t, even the slumping Bruins will deserve the playoff spot more.

Last week, I predicted that both the Wild and Kings would attain playoff position by this week.

The 7-2-1 Wild are just one point behind the Kings, holding eighth place. They were helped by a lethargic Calgary team that has lost 3 straight, formerly holding the 7th seed.

Both Los Angeles and Minnesota have been hot with no signs of cooling off, but it’s important to note that San Jose and Calgary are both just a point behind. This is the type of hockey that makes the end of the season so interesting. With less than 20 games to play for most teams, there are 10 contenders for 8 spots in the west. What’s more, the 7th seed will stand at least a chance against a good Anaheim team, but the Nashville Predators will likely eat alive whatever poor 8th seed is sent their way.

The Predators Stumble and Recover

Last week’s intense matchup between the Islanders and Predators led to a rare Nashville beating, losing 5-2 to the boys in orange. The Flyers followed up with a shootout victory, the first consecutive losses for the Preds in 13 games. Both were away.

Nashville won two easy ones since then- Colorado and Buffalo, both hosted in Nashville- to regain a 6-point lead for best record in the NHL. It seems unlikely that they will relinquish it. Coincidentally, this week was also the week that the Bridgestone Arena, home of the Preds, was voted the best arena in hockey. Having been many, many times, I can attest to this personally.

The Preds face the Wild later today. The outcome of the game will determine whether the Wild are as hot as Los Angeles or just lucky.

There are only about eight weeks left of hockey before the Stanley Cup playoffs begin, folks. It’s the beginning of the end. Get pumped.

Submit to the Voice’s Photo Contest