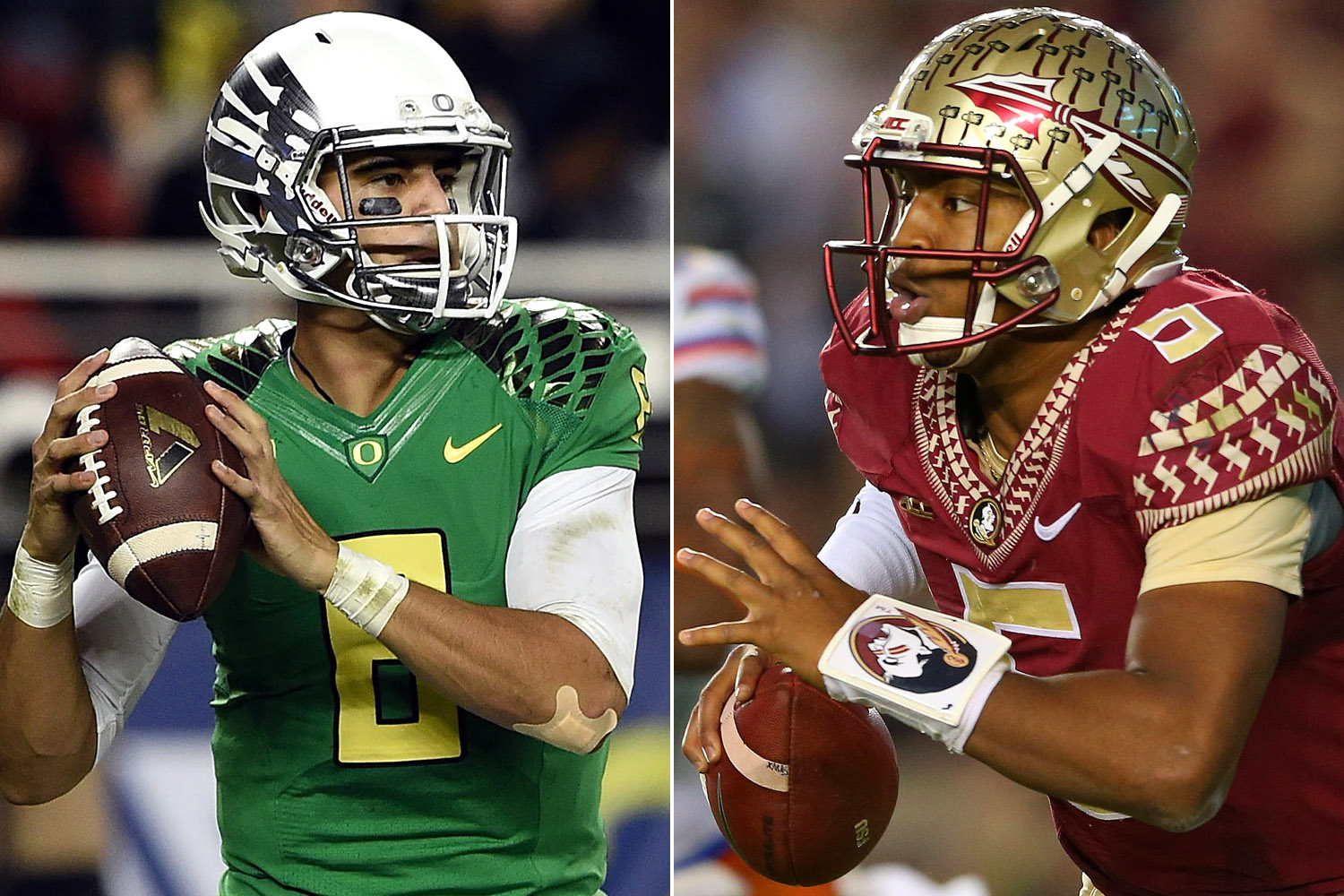 Once time expired in Super Bowl XLIX, the long road to the 2015 NFL Draft began, with my team, the Tampa Bay Buccaneers, on the clock. Coming off a disastrous 2014 campaign caused largely by the inept two-headed monster of Josh McCown and Mike Glennon at quarterback, the Bucs will undoubtedly be targeting a signal-caller come May. The Bucs will have a choice to fill their biggest void between two well-qualified candidates and former Heisman winners, former Oregon quarterback Marcus Mariota and former Florida State quarterback Jameis Winston. With under two months until draft day, here are this Bucs fan’s thoughts on the two quarterbacks.

I thought I’d get this one out of the way first. Unlike all other comparable attributes of the two quarterbacks, off-field issues do not exist in degrees. If a team believes that a player’s off-field conduct will severely jeopardize his career, which occurs far less often than pundits would lead you to believe, or, more applicable in Winston’s case, if a team desires to make a moral stand based on a player’s past actions, then the player is simply undraftable. Specifically, if the Bucs’ management disagrees with the findings of the investigation that cleared Winston’s of his 2012 sexual assault allegations, and that the Tallahassee Police Department and FSU engaged in a cover-up on Winston’s behalf, which seems probable based upon leaked reports, such as the testimony released by VICE Sports in December 2014, then they should select Mariota, whose past has never come under scrutiny. But if the Bucs’ management does believe that justice was served in the case, and that Winston is innocent, they should have no trouble drafting him and making him the face of the franchise.  He is widely considered to be a personable man, a good teammate, and a locker room leader, and his more minor transgressions, like his infamous stealing crab legs, are simply juvenile mistakes.

Onto less serious attributes, the issue of the so-called “Football IQ,” which takes into consideration a quarterback’s decision-making and ability to read defenses, has emerged as one of the most interesting distinctions of this debate. At first glance, it would seem as though Mariota is more football-smart, as he only threw 4 interceptions each of the last 2 seasons, making him the model of risk-averse quarterbacking. However, he does not possess Jameis’s ability to make pre-snap reads, which scouts almost universally liken to Peyton Manning’s when he came out of college. Winston can expertly adapt to the defense which he is facing and possesses a keen ability to audible into more advantageous plays. Mariota’s pre-snap strengths concern his ability to make zone-reads, in which he decides mid-play whether to handoff, to throw, or to run himself. These reads demonstrate his strong awareness, but this skill would not be as practical in the NFL, particularly with the Bucs, who do not run a read option offense. Winston’s mid-play decision-making, however, has come into question, as he threw a nation-leading 18 interceptions last season, nearly half of which were thrown to underneath defenders, which can be chalked up to a lack of thoroughness in his reads. Still, Winston’s understanding of the position makes him a once-in-a-generation prospect.

While most of Winston’s interceptions were because he tried to squeeze passes into tight windows, he also demonstrated his capability of making very tough throws and hitting receivers in tight coverage. Mariota never made these “NFL throws” in college, largely because he didn’t have to, as Oregon’s spread offense left receivers more open. He won’t have this luxury in the NFL, so he will need to demonstrate his accuracy under far tougher circumstances. As far as arm strength is concerned, both sufficiently meet NFL standards, with Winston enjoying a slight edge.

This one’s easy. Mariota expectedly ran a 4.52 40 yard dash at the NFL Combine in February, the fastest of any quarterback, while Winston, also expectedly, ran a 4.97, the third slowest. Mariota put his athleticism on display all throughout his college career, and Winston, while he proved capable of extending plays through movement in the pocket, is in no way a running threat.

In college at Oregon, Mariota ran a fast-paced spread offense based on big plays, which varies dramatically from the average NFL offense and even more so from that of the Bucs, which is rooted in conservative playcalling and establishing long drives, closer to the pro-style offense ran by Winston at FSU. That is not to say that Mariota is simply a “system quarterback” and cannot transition to the NFL, but rather that he will need much more of an adjustment than Winston. Additionally, the Bucs quarterback would be required to take a high percentage of snaps under center, which Winston did fairly often in college, while Mariota did not.

*-Provided that the Bucs are not deterred by off-field concerns. 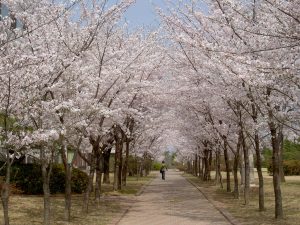 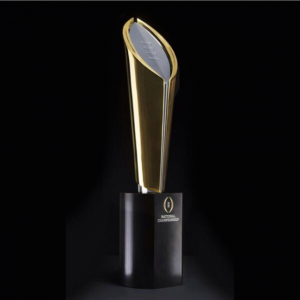