Home » Opinion » Voices » After hate, a new imperative to embrace the ‘other’ 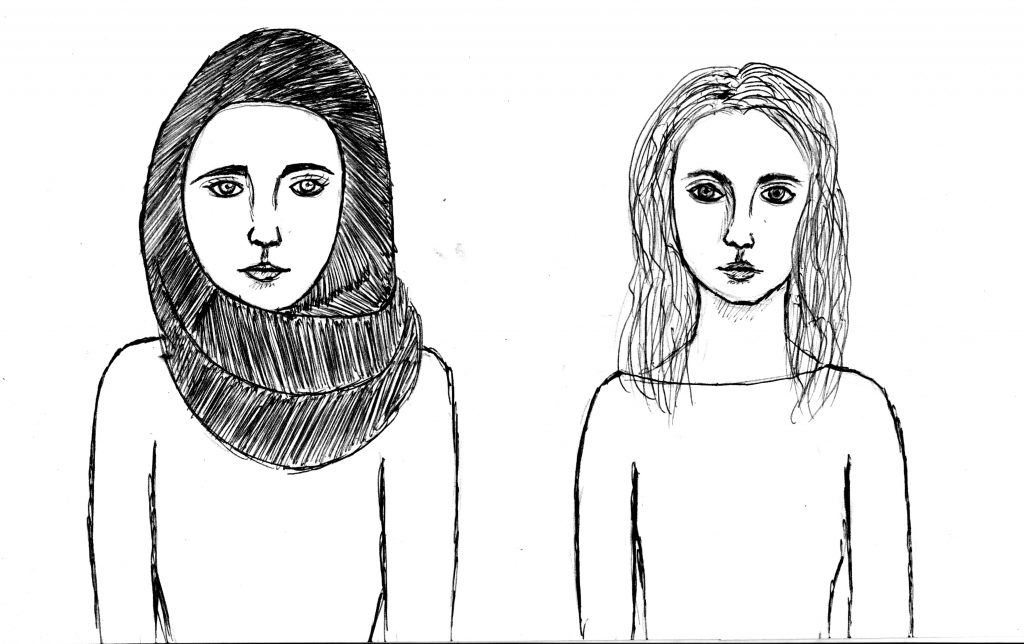 After hate, a new imperative to embrace the ‘other’

On Wednesday, Feb. 11, I woke up to horrifying news: 23-year-old Deah Barkat, 21-year-old Yusor Abu-Salha, and 19-year-old Razan Abu-Salha—three Muslim students in the Chapel Hill area of North Carolina—had been murdered. I felt an overwhelming sense of despair  and injustice. The youngest of the three victims was my age, my sex, and shared my religious affiliation. The only thing that separated us was the fabric that covered her hair. Alongside thousands of young Muslims across the country, one terrifying thought consumed me: that could have been me.

However, when I took a step back, read up on the shooting, and momentarily set aside my rage and confusion, I slowly came to realize that, whether I like it or not, it probably wouldn’t have been me. See, chances are if I were to meet any one of you for the first time, you wouldn’t be able to tell that I grew up in a conservative Muslim family in Cairo—and I have absolutely no problem with that. My religion, including the ways in which I choose to express and practice it, is just that: mine. I have never taken pride nor shame in the fact that people can’t tell straightaway that I am a Muslim.

That wasn’t the case that Wednesday. Given the sorry state of interfaith dialogue in the U.S., not to mention the extent to which Islamophobia pervades life in this country, the only thing that allows for my total assimilation in the Georgetown community—or American society as a whole—is that I don’t look Muslim. I appear to fit the status quo. To Americans, I am not different. And, yet, the irony is that Deah, Yusor, and Razan were all American, whereas I am not. I was ashamed of the fact that, simply because I choose to express my beliefs differently (or to not outwardly express them at all), I inadvertently protect myself against the mortal dangers that have recently become associated with confronting America’s ingrained Islamophobia.

To think that the lives of these three young, brilliant individuals were brutally cut short because of one man’s contempt for their very existence is devastating to say the least. Doubly so because this is supposedly a nation that celebrates diversity. Unless… it isn’t? I’ve begun to question whether the U.S. actually celebrates differences, or if it only does so in diversity’s most diluted, manageable, forms. Is the American approach to intercultural and interfaith tolerance uniform? Does it transcend the ever-changing trends prevalent in popular discourse and politics?

But for me, the most salient question is this: how is it that certain communities grate against the overarching American ideal, and thus transform into an “other” worthy of prejudice? Clearly, this isn’t a result of holding “other” beliefs because, if so, my experiences as a female, Muslim, Egyptian student in the U.S. would be marked by ostracization and marginalization—which, thankfully, it has not been. Instead, I am living proof that what U.S. society finds problematic or worthy of ostracism isn’t believing in allegedly “un-American” ideals, but rather the outward appearance of doing so.

Now, valid as they are, I won’t indulge in the hypotheticals that posit an entirely different reaction, had the religious affiliations of the victims and the perpetrator been reversed. Frankly, there’s no need to point out the blatantly obvious. What I will do, however, is call upon every Hoya to question what goes into their classification of one another as “other” or “different.” To think about whether whatever it is that differentiates you from your peers merits dehumanizing and reducing them to the toxic stereotypes associated with their affiliations. As a proud member of this vibrant community, I can only hope to see tragic events like these reinforce our commitment to constantly work towards understanding one another as best as humanly possible.

I guess my point is that, technically, we all represent an “other” to one another. Our life experiences are distinctly different, and possibly even alien, to whoever’s sitting right next to us in any given class. But it is only through a staunch commitment to bridging these gaps of distinction, and appreciating the potential that lies in an attempt to understand them, that we can truly eradicate the prevalence of such catastrophic hate-fueled crimes in the future. Now more than ever, when assertions of the “other’s” incompatibility with American society at-large seem to plague public discourse, we have to commit ourselves to the active, vocal rejection of this polarizing sentiment. By doing so, we can ensure that they have no traction in our community, and beyond. Instead of accepting, understanding, and engaging our peers in spite of their otherness, consider doing it for their otherness—consider being men and women for others.

I want you: Apply to serve in Joe and Connor’s cabinet
Falling Wizards Need a Change of Face